The event will determine which trucks transport operators should be buying, says organiser 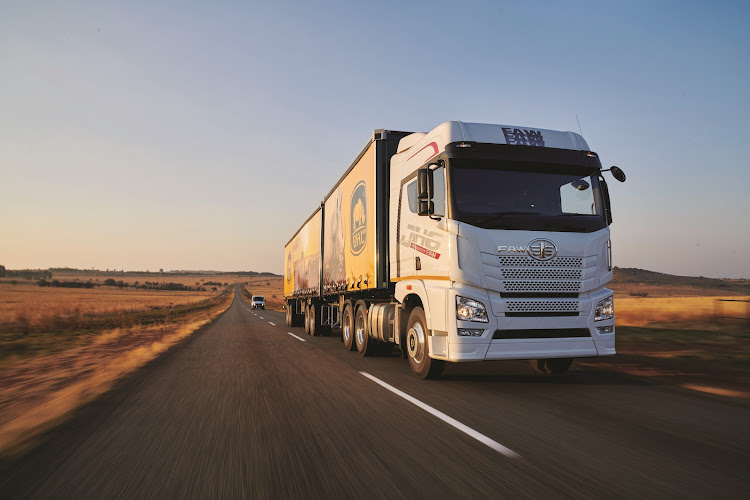 One of the key measurements during Truck Test is fuel consumption. Picture: SUPPLIED

The event will determine which trucks transport operators should be buying, says Charleen Clarke, editorial director of Focus on Transport and Logistics magazine, which organises the test.

• Daimler Truck Southern Africa has entered the Actros 2652LS/33 RE, which will pull an interlink tautliner. The Actros 2652LS/33 RE is regarded as a top choice of long-haul truck tractor for nondangerous goods operators looking for maximum efficiency at 56 tonnes gross combination mass (GCM) on national routes.

• Iveco has entered two S-Ways, namely the S-Way AS440S47TZ/P ON, which will be hooked to an interlink tautliner, and the S-Way AT440S43TZ OFF, which will pull a tri-axle flat deck. The new S-Way range was launched in March as an offering to SA’s extra-heavy road freight operators. The AS440S47TZ/P ON — the flagship model of the local range — is ideal for efficient on-highway long-haul operations. The AT440S43TZ OFF is a rugged and efficient haulier at home in mining and agricultural logistics, where long-haul efficiency must be complemented by good ground clearance and a robust suspension.

The New MAN TG range was introduced in SA in October 2021 with redesigned cabins, improved aerodynamics, a new driver-orientated workspace and interface, and driver assistance systems.

• FAW Trucks SA is fielding the FAW JH6 28.500FT, which will be hooked up to an interlink tautliner. The JH6 28.500FT is the largest of the truck tractors from FAW. The truck is fitted with a 13l  six-cylinder common-rail turbocharged and intercooled diesel power plant, matched to a ZF 12-speed TraXon AMT transmission.

“Truck Test is all about finding the best-in-class trucks with respect to fuel efficiency and productivity out of a diverse field of formidable contenders,” says Adnaan Emeran, marketing and  business development manager at Engen, which is the event’s fuel sponsor.

“When the results are published at the end of the test, it affords transport companies a clear picture of the performance of the tested vehicles under very real conditions. This can assist them to make more informed buying choices,” he says.

To level the playing field, the trailers — interlink tautliners and tri-axle flat decks supplied by Afrit — are identical. Furthermore, the contenders are all carrying the same loads, namely bricks supplied by Vibro. The trucks are all fitted with telematics supplied by Ctrack, which will monitor the time taken to complete the route.

“An in-house truck test is always done under ideal conditions and over an optimal route,” says Clarke. “Truck Test, on the other hand, is a true-to-life test of a truck’s capabilities. We’re running on the most popular trucking route in the country and at times that trucks typically run. So, the results will be extremely meaningful.”

The results will be announced on June 17.

Converting ultra-haul trucks into a hydrogen-battery hybrid trucks, means mines are set to reduce diesel emissions by an estimated 80%
Companies
1 month ago

While analysts had expected a softening in the sector as Covid-19 restrictions eased, they did not foresee the Ukraine-Russia war
World
2 months ago

Daimler Truck and TotalEnergies tie up on hydrogen ecosystem

Daimler Truck and TotalEnergies tie up on hydrogen ecosystem