Sambra steps up its campaign to identify written-off vehicles 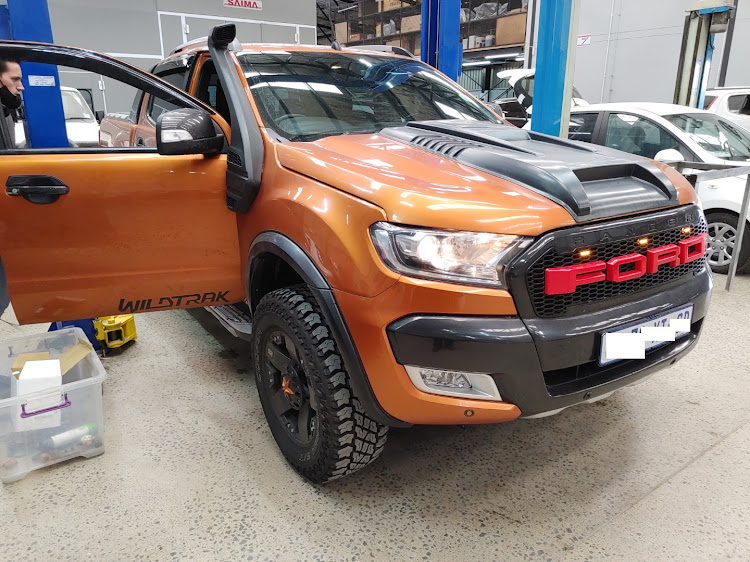 This Ford Ranger was rebuilt after a serious collision and sold as a Code 2 (used car), but on inspection it had 35 serious faults which made it dangerous to drive. Picture: SUPPLIED

The SA Motor Body Repairers’ Association (Sambra) has stepped up its efforts to help prevent consumers from buying potentially dangerous cars that were previously involved in crashes.

After pressure from Sambra for a number of years, the SA Insurance Association (Saia) earlier this year agreed in principle to publish the VIN numbers of all previously insured written-off vehicles on an open website. This so-called Vehicle Salvage Database (VSD) would allow consumers to know if the vehicle they are considering has been in a serious collision.

Used-car buyers are not privy to the information like they used to be, and Sambra’s lobbying was prompted by horrific reports of poorly-repaired vehicles being sold to unsuspecting consumers.

Saia has subsequently said considerable work is still required to understand and mitigate risks before the database can go live. After its quarterly meeting in March the Saia board said its VSD Task Force still needed to investigate several issues to ensure all risks have been considered and evaluated before the database is made public. Saia CEO Viviene Pearson said the association will engage with affected stakeholders and provide updates on progress, but gave no time frame.

“Recent events have highlighted the need to consider risks associated with data security and potential misuse of information on the VSD. Saia also wants users of the database to have a clear understanding of both its benefits and its limitations,” she said.

Saia had previously opposed making the information available to the public as it contained policyholder information and would contravene the Protection of Personal Information Act (Popia).

It argued that the VSD was created to combat crime, and if it were made public, criminals would have access to it, which would see a dramatic increase in false financing and insurance of cloned vehicles.

“Potential users of the VSD should be aware that access to information is not guaranteed to be a complete solution to fraudulent behaviour. In particular, the VSD contains information only about insured vehicles. The vast majority of vehicles on the road are not insured, so the usefulness of Saia’s database will be limited,” she added.

However, Sambra says Saia’s hesitance has nothing to do with Popia or data security. Speaking at the Sambra Vehicle Write-Off Conference at Emperors Palace last Thursday, Richard Green, national director of Sambra, said the VSD would provide private buyers and car dealers the opportunity to make informed decisions. 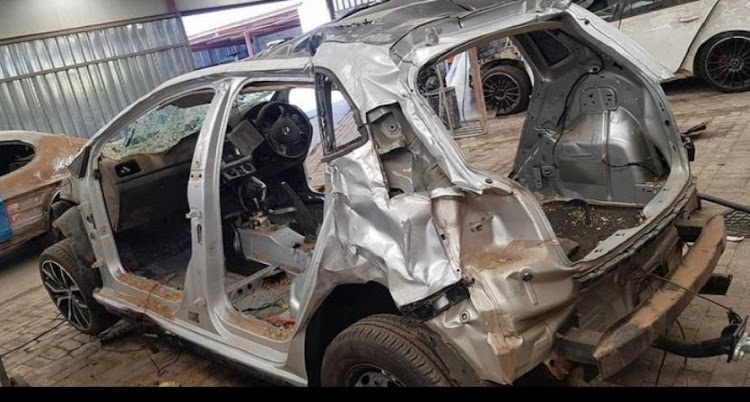 This 2020 VW Polo Vivo was rebuilt after a serious collision and resold as a Code 2. The vehicle was very poorly repaired and sold to an unsuspecting buyer. Picture: SUPPLIED

About 90% of cars that are written off are left as Code 2 (used car) instead of being reclassified as Code 3 (rebuilt), and the purchaser has no way of checking the history. About 100,000 cars are sent to salvage yards every year in SA.

Green said insurance companies are paid considerable sums by auction yards for written-off vehicles, and these cars’ values would drop if the public was made aware they were rebuilt.

Insurers are aware that if they change rebuilt vehicles to Code 3, the value achieved on the auction will be as much as 30% less, says Steve Kessell, Operations Director of the Collision Repairers Association (CRA).

“The current legislation does not offer much protection to the consumer, leaving the door wide open to opportunistic predators where the unsuspecting buyer becomes the prey,” he says.

Many written-off vehicles are bought by dubious repairers and sold back into the system for a good profit via digital sales platforms, unsuspecting used car traders or a “partner in crime” outlet and unscrupulous repairers are fixing crashed cars at the lowest budget for maximum profit, says Green.

Auto repair expert Chris Viljoen told the conference he found shocking evidence of bad repairs after investigating 16 previously written-off vehicles. Problems ranged from hydraulic brake lines being secured with cable ties, structural repair issues on frames, suspensions that could break due to heated second-hand suspension parts, and used airbags that were taped back into place.

Unsafe motor vehicles put back onto the roads contributes to SA’s high accident figures, with more than 13,000 people dying every year, says the AA’s Layton Beard. Just a 1% reduction in crashes could save 141 lives and save R2bn.

Ferose Oaten, chair of the Vehicle Testing Association, said the vehicle salvage database should be integrated with Natis so that vehicle examiners can see whether vehicles were previously written off. Presently, test stations have no reason to reject Code 3 vehicles if they comply with the current scope of roadworthiness, she said.

Oaten also recommended that all accident damaged vehicles that are repaired should be subject to post inspection by an independent and skilled expert.

Legislation is clear when a motor vehicle will have a status of “built-up” after re-registration, but it does not determine when a motor vehicle must be deregistered as “permanently unfit for use”. National Road Traffic Regulations do not define this term and leave this decision to the title holder (such as the bank).

“The greatest problems we have is that we need to set write off thresholds and stop insurers profiting from the demise of the insured consumer,” says CRA’s Kessell. “They write off vehicles at extremely low values and we need to follow the same practice as in Europe where if a vehicle is determined unroadworthy or not commercially viable for restoration that it should be demolished.”

Insurance might not pay out for latest tracking scam