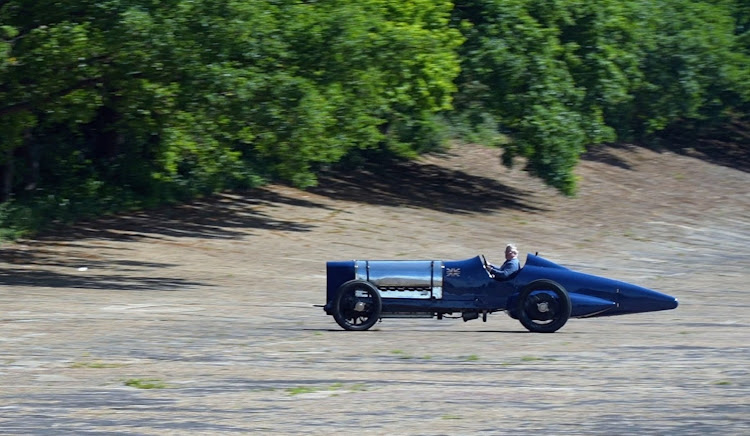 The Sunbeam V12, parked on the Brooklands test circuit 100 years after it broke the land speed record there. Picture: REUTERS

The UK's Brooklands circuit, the first purpose-built banked motor racing track, on Tuesday marked 100 years since a land speed record was last set there, with current fastest man Andy Green defending the enduring relevance of such feats to a changing world.

Kenelm Lee Guinness, a member of the brewing family and a spark plug pioneer, clocked 215.2km/h in a V12 Sunbeam on May 17 1922 on the concrete oval to the south-west of London.

All subsequent record attempts have been held on open straights or flats.

Green, whose latest Bloodhound LSR project remains on hold, said Britain’s motorsport industry — home to a majority of Formula One teams — owed much to the Surrey circuit.

“The culture of being able to break records, push boundaries, develop new technologies, explore the art of the possible, rapid prototyping in its most extreme form — that still today exists in record-breaking,” he told Reuters.

“That’s still where the benefit is. Are we going to find ways of using the existing technology that people haven’t thought about and then take that mental approach and inspiration and use it in the world of tomorrow? That is what record-breaking will achieve for you.”

Green recognised performance in a low-carbon world was now measured in terms of energy-efficiency rather than the raw power of a thirsty jet engine.

“We do have a challenge with the carbon footprint, but its an opportunity to show just what remarkable technology there is out there,” he added.

Green said the jet engine could run on 100% biofuel, with an electric powertrain driving the pump for a rocket motor using hydrogen peroxide and producing water and oxygen as exhaust gases.

“If you are going to go to Mars you are probably going to use hydrogen peroxide for a big chunk of your fuel because you can store it for nine months and then just use it,” he said. 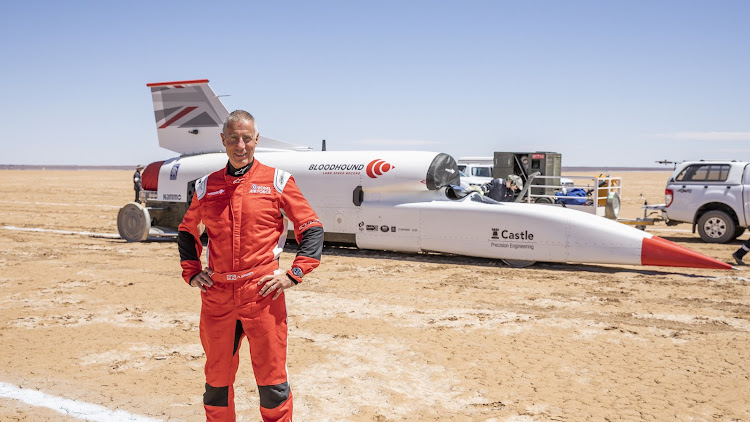 Green said the Covid-19 pandemic had hit Bloodhound hard, after successful runs in SA at 1,010 km/h in 2019, and securing the millions required to fund the project was the major hurdle.

“We do have some strong interest in the project but post-Covid it’s an uphill struggle to restart all the things we were doing,” he said. “We’re still in the fight and we’re still going.”

Tuesday’s event saw nine historic land speed record cars running on some of the old circuit, including a 1910 Fiat known as “The Beast of Turin” and a 1933 aero-engined Napier-Railton.

The Sunbeam’s appearance on the old Railway Straight coincided with the passing of a steam locomotive, evoking a 1920s painting showing the car, with flaming exhausts, overtaking an express train.

There was little steam to be seen, and no fire, on a sunny Tuesday but the assembled crowd cheered the occasion regardless.

A new investor is being sought to make the long-awaited attempt to beat 1,228km/h
Life
1 year ago

From F1 controversy to the rise of the electric car, it was a momentous year
Life
6 months ago

Andre Bezuidenhout secured his fifth consecutive Single Seater and Sports Prototypes victory – and his fourth in a row in the purpose-built 2007 ...
Life
1 month ago
Next Article