VW gives a first look at the new Amarok in disguise

Following earlier sketches, the one-tonner is revealed in the metal for the first time 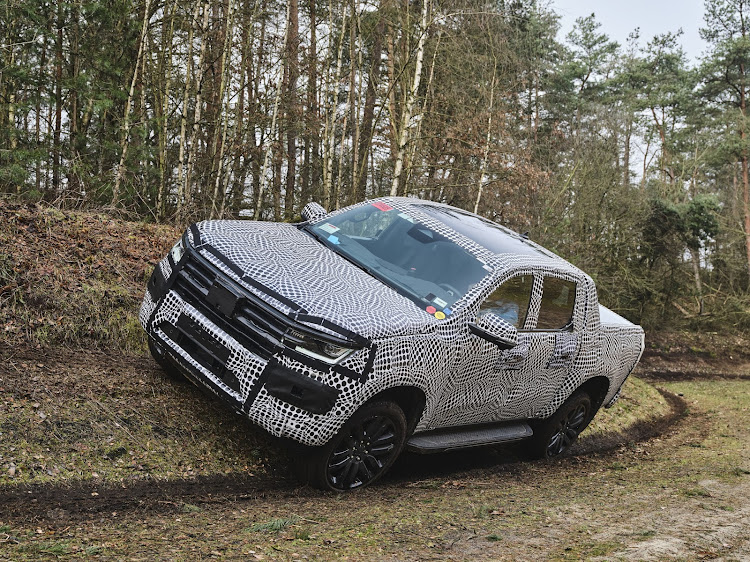 As the all-new Amarok gets closer to launch this year, Volkswagen is pursuing a relentless teaser campaign for the premium one-tonner bakkie.

Following sketches released a few months ago, Volkswagen Commercial Vehicles has now revealed the vehicle in the metal for the first time, albeit covered in camouflage. The disguised units are being tested in Europe.

Designed and conceived in Germany and Australia, the new Amarok will be built in SA at Ford’s Silverton plant near Pretoria. The German double cab will share a platform with the recently-revealed new Ranger, but VW insists it will have a “clear Volkswagen DNA” with a completely new design inside and out.

The new front styling makes a bold statement with an upright bonnet and a radiator grille that, depending on version, merges into a horizontal division of the front section or into an X-shaped design on the top-spec models.

The grille is flanked by narrow LED headlights, with LED matrix headlights to be offered as an option.

The rear lights are also LEDs and “Amarok” is boldly embossed across almost the tailgate’s full width. As in the previous model, the load bed has space for a euro pallet between the wheel arches, and cargo is secured by robust lashing rings.

The pronounced arches accommodate wheels up to 21 inches in size and all-terrain tyres will be available for the first time as standard.

The new Amarok will have greatly expanded array of driver assist features and a much larger range of drive systems than its predecessor, says VW.

Despite the disguise, it is possible to identify how the dimensions have changed. At 5,350mm the new model is at least 100mm longer than its predecessor and the wheelbase has stretched by 175mm to 3,270mm, resulting in more space inside the double cab.

The payload is also increasing to up to 1.2 tonnes and all models will have a maximum towing capacity of 3.5 tonnes.

With the wheelbase growing more than the vehicle’s overall length, it has resulted in smaller body overhangs which has a positive effect on off-road capability in terms of entry and departure angles. The new Amarok also has a better fording depth for driving through waters than its predecessor. 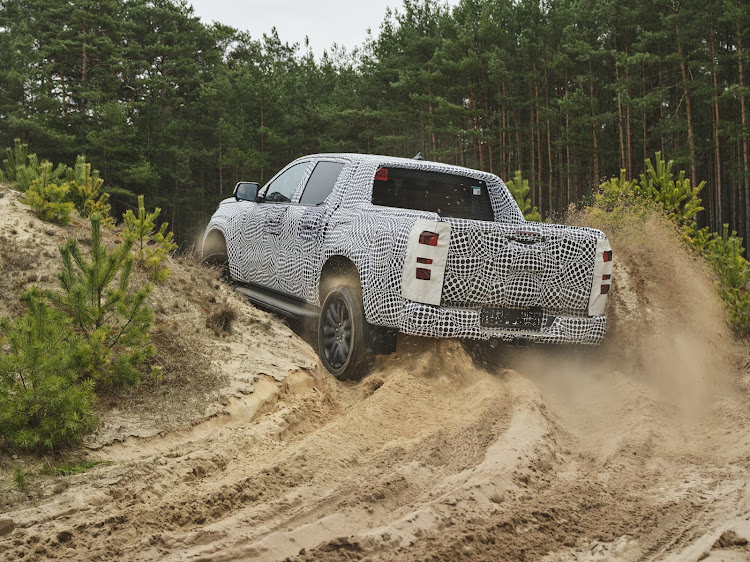 Depending on market, the engines offered will be one petrol and up to four different diesels with four to six cylinders and cubic capacity of 2.0l to 3.0l,  either with rear-wheel drive or on-demand or permanent all-wheel drive.

Enhanced safety is provided by more than 30 driver assist systems, over 20 of which are new to the Amarok.

A digital cockpit and tablet-style infotainment display gives the new Amarok’s interior a functional, high-quality appearance. Options will include an exclusive sound system and elegant leather-look surfaces with distinctive decorative stitching. The front seats can optionally be configured with electric 10-way adjustment.

There will be five trim versions: the entry-level Amarok, followed by the Life and Style, while the off-road focused PanAmericana and the road-based Aventura will share equal status as the range toppers.

Over 830,000 units of the first-generation Amarok have been sold to date worldwide. The new version is due to arrive here late this year or early in 2023.

The one-tonner has more power, uprated safety and a smooth ride
Life
1 month ago