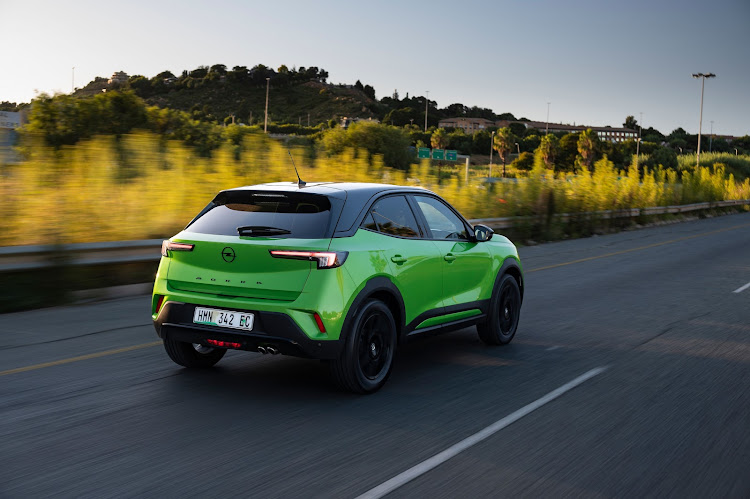 The new Opel Mokka is the latest addition in the growing crossover scene. Picture: SUPPLIED

The new Opel Mokka is the baby crossover in the German range sired from the Stellantis platform-sharing workshop, meaning it drives and feels like a Peugeot 2008. This is a good thing as it’s a fairly accomplished drive and has a certain chic to it.

Being a compact crossover means it’s more city biased, rather than a no-nonsense mountain goat of a car that you shoot through fields with. What it has is loads of cheeky street styling character that premiered with the GTX Experience concept car.

It’s amazing how the car remains largely unchanged from its concept. It’s only a lifted C-pillar for practicality and the addition of the rear doors and the rest of it is the concept car with a registration plate.

Those individual looks, which are helped along by short overhangs, should easily make it stand it out in the crossover crowd. The ‘Vizor’ which Opel likens to a helmet glass-shield also sees the traditional ‘breathing’ grille moved to the bottom. This and the narrow LED headlights give the Mokka a truly stunning approach.

There are a few bright colour options, including a red, blue and a bright green. My recommendation though is the dark grey . Along with the black roof and alloys they give the Mokka a “prince of darkness” vibe. You want the dull one? Try the white Mokka.

The market it trades in is hotly contested and diverse and its measurements of 4.15m nose-to-tail, space for four-to-five passengers and the technology it has places the Hyundai Kona, Fiat 500X and others in its crosshairs.

It’s a cabin that most people should be able to find a decent driving position in with seats that are well padded and supportive over long distances. You sit high up for a good view over the bonnet.

The Mokka is available in two versions, an Elegance and GS Line. At the launch we drove the latter exclusively and it’s the billboard of specification. It gets much more spec including forward collision warning with automatic emergency braking and pedestrian detection, adaptive cruise control, a 10-inch high-definition IntelliLink colour touchscreen with built-in navigation (Elegance has a 7-inch version), voice control, Apple CarPlay, Android Auto, traffic alerts and local weather. Intelligent matrix lights are a part of the innovations for safer and comfortable night driving. 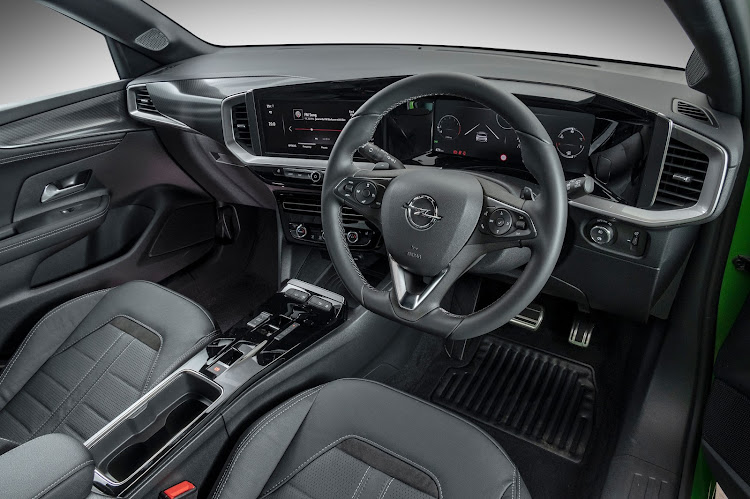 The interior of the Mokka GS Line. Picture: SUPPLIED

Both versions come with the 1.2l turbocharged three-cylinder petrol engine found in the Corsa. It produces 96kW and 230Nm and powers the front wheels only using an eight-speed automatic gearbox. Fuel consumption is rated at 6.1l/100km.

It may possess the same engine that gives the Corsa its sprightly legs but in practice, as a heavier crossover, it just doesn’t have the same peppy performance. It’s enough power to move it along with the sort of relevance in the segment but some rivals, including the Hyundai Kona, offer more engine choices. There’s no diesel version.

It’s not what you’d call supremely comfortable as there’s a slight firmness in its suspension settings. But this bodes well for cornering, an Opel trait. The Mokka handled some of the twisties encountered with confidence-inspiring balance and with not so much lean. It’s designed for a more enthusiastic driving style if you want.

That said, the new Mokka widens the offerings in this rapidly-growing segment and is all the more impressive by its arresting looks, fairly economical internals and spacious interior.

It’s now on sale and all new Opel Mokka come with a standard three year/120,000km warranty and Roadside Assistance and a four year/60,000km service plan. 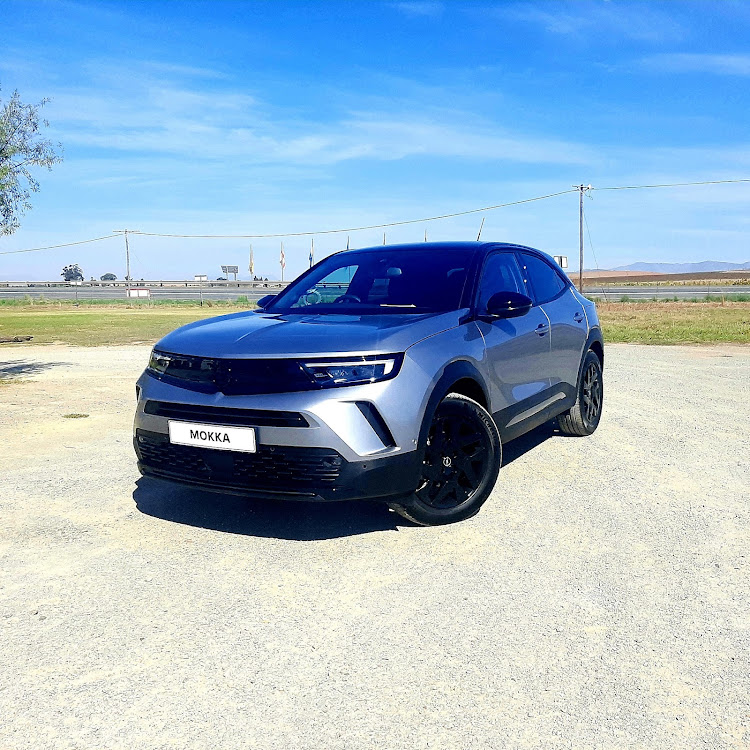