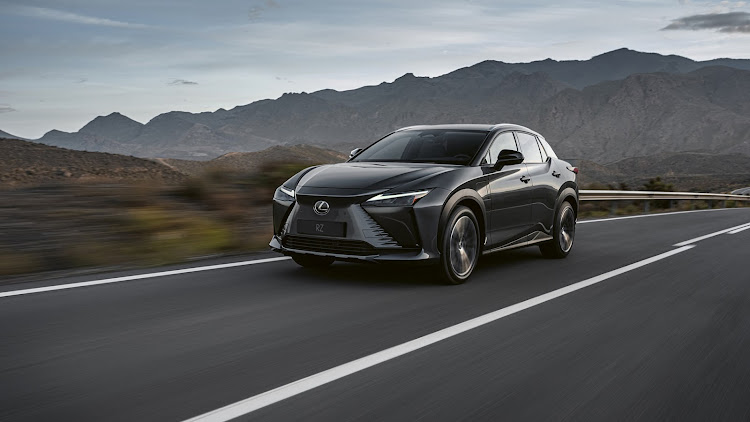 The first Lexus battery-electric vehicle (BEV) has premiered and, as a pioneer of cleaner hybrid engines, the brand is rather late to the electric party.

The RZ 450e is built using a BEV-specific e-TNGA platform that adopts a lightweight, rigid body and optimal weight distribution. High-capacity lithium-ion batteries, silicon carbide elements in the inverters and the incorporation of low-loss technologies deliver an estimated single-charge cruising range of 400km.

The new RZ follows the design language and styling cues of the recently launched NX. The signature spindle grille is still there but it’s now flush in BEV fashion to reduce front drag. Aerodynamics and driving stability also benefit from a distinctive roof spoiler while the ducktail shape of the boot reduces drag and generates downforce.

The interior presents a minimalist yet airy and luxurious environment. Three types of seat materials are used, including Ultrasuede, a material comprising 30% bio-based sustainable materials.

A panoramic roof provides heat shielding, thermal insulation and 99% UV protection and includes a dimming function, which instantly blocks light according to the needs of the occupants.

In addition, an optional yoke-like steering control also grabs the attention. It's said to reduce the driver’s workload, eliminating the need for hand-over-hand operation in situations such as intersections, U-turns, parking, and winding roads. It also enabled designers to lower the placement of the instrument gauges. Both the yoke and the standard conventional steering wheel use steer-by-wire technology. 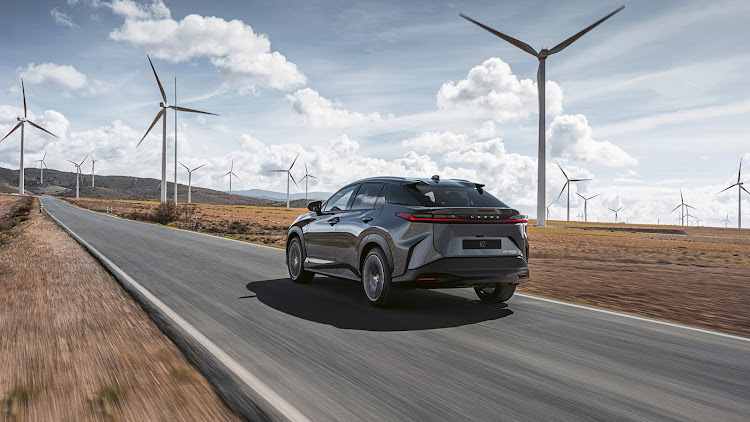 The RZ styling motif integrates cues from the new NX and the compact UX for an eye-catching full-electric SUV. Picture: SUPPLIED

The RZ adopts twin-electric motors and a 71.4kWh battery system. Outputs are 150kW in front and 80kW at the rear, with regenerative braking.

Lexus Safety System + also has an optional driver monitor that provides a warning when it detects the driver is drowsy or looking sideways. If the system determines that the driver’s posture is severely compromised and that it is difficult for the driver to continue, it warns other motorists by flashing the hazard lamps while gently decelerating the vehicle. The system then stops the vehicle in its lane, unlocks the doors and automatically notifies emergency services through the vehicle’s connected technology.

The electric portfolio expansion will see Lexus offering a full line-up of BEVs in all categories by 2030 and achieve 100% BEV sales globally by 2035.

Introduction of the Lexus RZ in SA is under consideration. 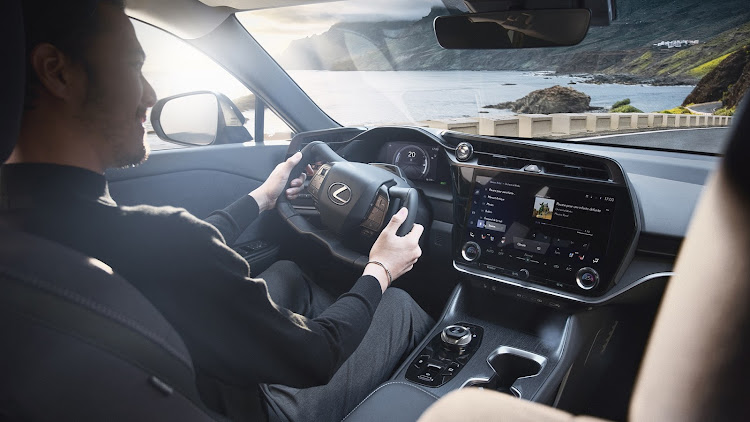 The yoke steering is an optional extra that enhances control by eliminating the need for hand-over-hand operation. It also raises the cool factor by miles. Picture: SUPPLIED

Scheduled to arrive in SA in November, the car is able to store steering movements over distances of up to 200-meters and subsequently reproduce them ...
Life
4 weeks ago