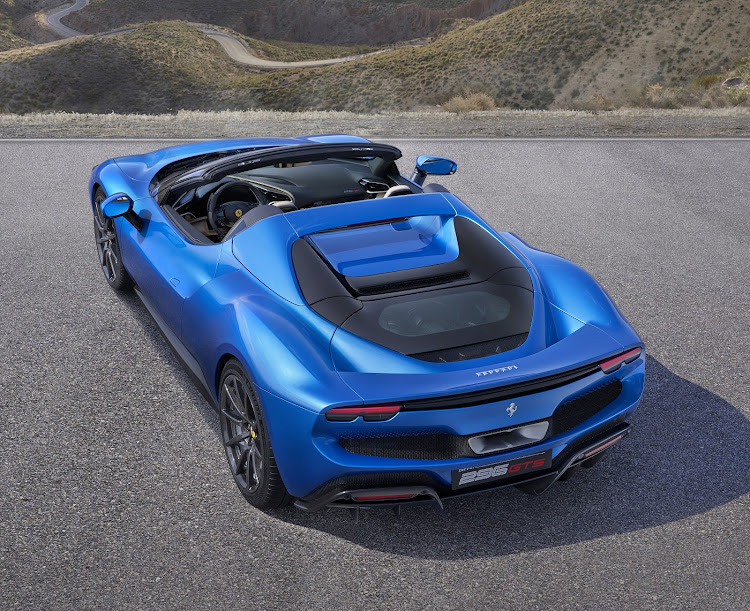 The retractable hard top takes 14 seconds to retract or deploy at driving speeds of up to 45km/h. Picture: SUPPLIED

Milan — Ferrari on Tuesday unveiled the new 296 GTS convertible, its fourth plug-in hybrid model, as the luxury sports car maker pushes ahead with its electrification strategy.

It follows Ferrari’s previous three hybrid models that went into full series production — the SF 90 Stradale in 2019, its convertible version, called SF90 Spider, in 2020 and this year’s 296 GTB.

The two cars share the most relevant features, including a V6 mid-mounted turbo engine coupled with a 122kW electric motor for a total of 610kW, and 25km of silent electric-only power.

The 296 GTS is also available with the more extreme Assetto Fiorano package, which is optimised for track use.

Deliveries of the new model will start from Europe in early 2023 and the price will be confirmed in due course.

So far Ferrari road cars have been normally powered by V8 or more powerful V12 engines, but the company is increasingly reducing the share of highly polluting V12-fitted cars in its production. 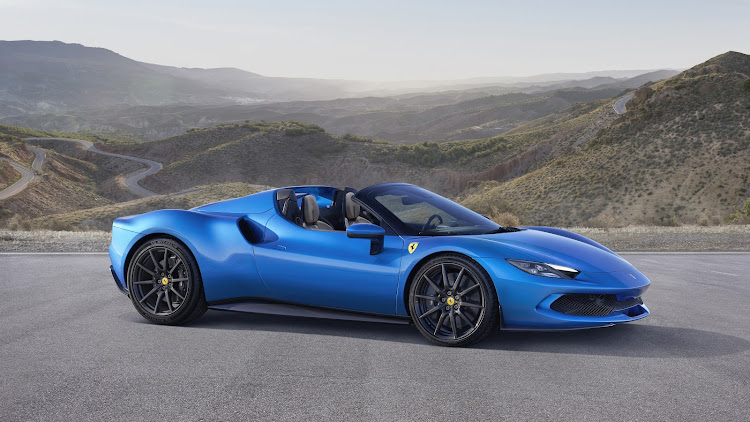 The Italian stunner has a hybrid powerplant capable of 25km of silent electric-only power. Picture: SUPPLIED

Another new model is planned for release in the coming months, the much awaited Purosangue (Thoroughbred). That will be Ferrari’s first ever sport utility vehicle (SUV), and brings the company into a lucrative segment where direct rivals such as Volkswagen’s Lamborghini are already present.

A tech industry veteran, Vigna took charge of Ferrari last September, with a task to take a brand synonymous with roaring combustion engines into the new era of silent and cleaner electric mobility.

As part of this Ferrari has already promised its first fully electric model in 2025, while Vigna has already said the company would seek technology partnerships.

More details of Ferraris electrification strategy are expected on June 16, when Vigna will present his first comprehensive business plan. With Reuters

The Purosangue will take on Bentley Bentayga, Porsche Cayenne and Lamborghini Urus
Life
2 months ago