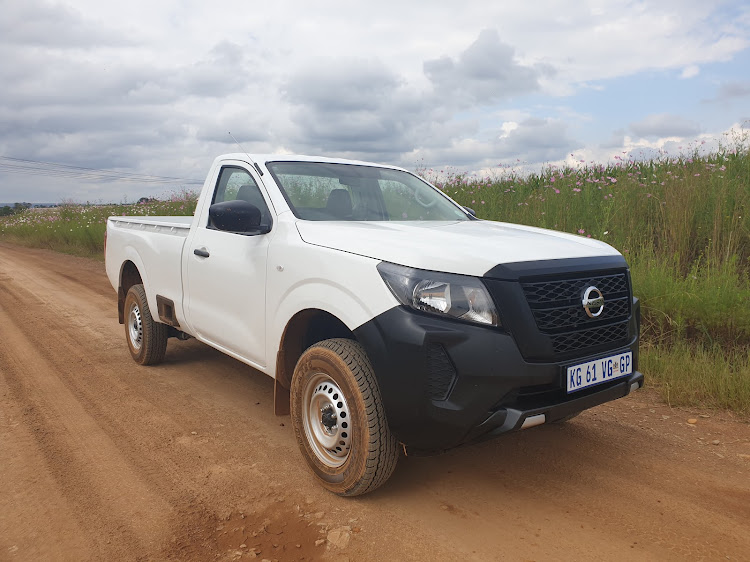 The Navara SE single cab 4x4 is made for hauling loads whatever the terrain. Picture: DENIS DROPPA

When Nissan SA started building the Navara at its Rosslyn plant in 2021 after previously importing it, the one-tonne bakkie was given a major refurbish.

The first version we drove was the lifestyle-orientated double cab which impressed us with its improved refinement and ride quality, with its rear coil spring suspension making it one of SA’s smoothest bump-soaking bakkies.

More recently we drove the Navara in single-cab guise, which has replaced the ancient NP300 Hardbody. It’s the first time the Navara is available as a single cab and is now available in a six-model range.

To suit its workhorse role, the two-seater Navara uses traditional leaf rather than coil springs at the rear to give it a higher load capacity than the double cab (up to 1,144kg depending on single cab model), while the 2,353mm load box is 844mm longer.

What is gained in lugging ability is inevitably lost in ride quality, and with the load box empty the single cab Nissan delivers a bone-shaking ride on bumpy roads that is not for the faint-hearted.

Loading a fair amount of weight into the box should smooth the ride, though we didn’t have any manure or garden rubble to test the theory. The two suitcases and mountain bike we placed in the huge load box for a weekend getaway barely registered as weight.

With the vehicle unladen the ride is acceptably comfortable on smooth tar, and our freeway jaunt from Joburg to Dullstroom didn’t result in the coffee spilling in the cupholders.

It’s a lot of money for a workhorse, but this isn’t exactly a stripped-bare, blue-collar bakkie. It comes with basic frills such as air conditioning, central locking and electric windows. The audio system has a CD player and Bluetooth phone pairing. 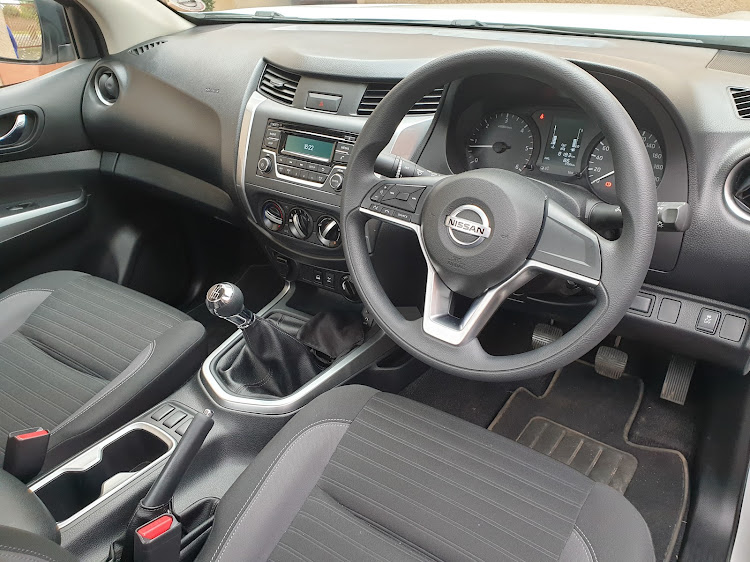 This workhorse comes with a number of frills including aircon, electric windows, and Bluetooth-capable audio. Picture: DENIS DROPPA

For a touchscreen display you’ll need to go for the LE version which also comes with Android Auto and Apple CarPlay compatibility, a reverse parking camera and cruise control.

A pleasant cabin environment prevails inside the SE with two separate fabric-covered seats (instead of the vinyl-covered bench of cheaper Navara models) that are comfortable and decently bolstered for side support. The dashboard is hard plastic but the interior avoids looking low-rent, with silver flourishes to contrast the monotone grey.

The two-person cabin is roomy and the seats have a decent range of adjustment, though the steering column has no reach adjustment to go with its variable height.

Safety is a plus point, with ABS brakes and dual front airbags standard across the Navara range. The SE version has side and curtain airbags.

On the outside the single cab is pure workhorse, riding on 16-inch steel wheels and sporting a black front bumper instead of the colour-coded variety of more lifestyle-orientated Navaras. It makes no fashion statement like the rugged-chic double cabs, and lacks their flared wheel arches and LED lights.

The SE also has no rear bumper, and you’ll have to cough up for the more expensive Navara LE to get the additional body protection, or buy a tow bar.

The load box has external hooks for securing loads or a tonneau cover, and the tailgate opens with two side levers instead of the double cab’s central latch. Convenient footholds in front of the rear wheels allows for easier access to the load bay. 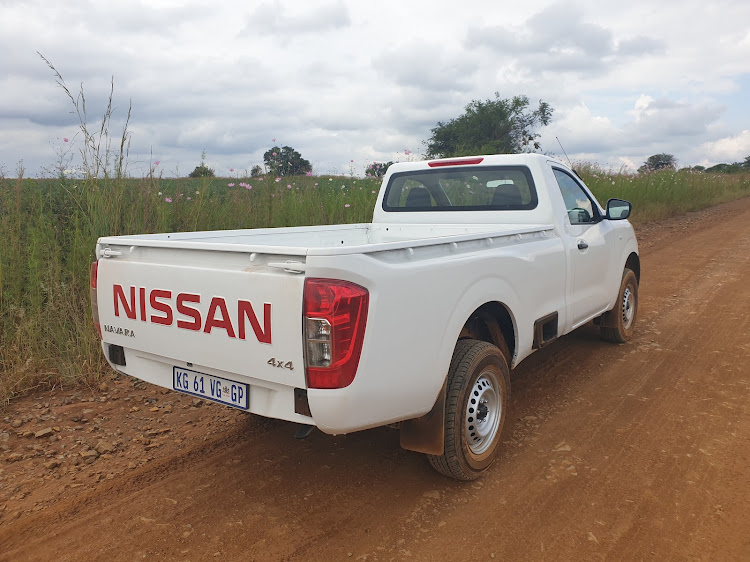 Look ma, no rear bumper, but there is a convenient step built into the side to ease access to the load bay. Picture: DENIS DROPPA

The 2.5l turbo diesel engine comes in two levels of output. The one powering the high-spec LE version delivers 140kW of power and 450Nm torque, while the basic XE and mid-SE grades get 120kW and 403Nm.

While it is no sporty performer, the Navara SE has bags of lowdown torque, pulling strongly without the necessity for high revving. It has an agricultural clatter at idle, but quietens down when the revs climb and makes for a fairly refined cruiser.

There is no two-pedal convenience in Navara’s single cab line-up and all models are six-speed manuals. It’s no chore to operate, as it shifts smoothly and the clutch is light.

The Navara single cab is a hardy workhorse made for all terrains, with a tall 209mm ground clearance and selectable 4x4 system with low range and diff lock. Hill start assist and hill descent control complete a package that’s built for the roughest farm trails — if you can handle the bouncing.

The one-tonner has more power, uprated safety and a smooth ride
Life
1 month ago

Style and fuel economy appeal, but this double cab faces a tough fight from smoother-riding rivals
Life
7 months ago
Next Article