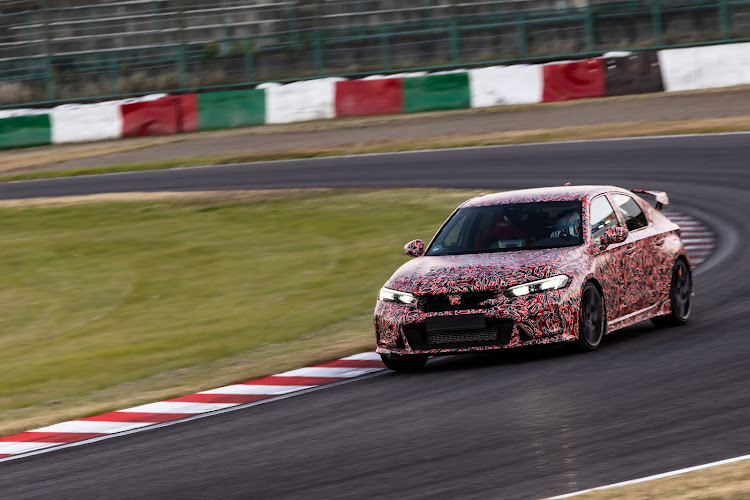 We don’t know what’s under the bonnet yet, but the new Honda Civic Type R is quicker around a circuit than the preceding model. Picture: SUPPLIED

Honda’s next-generation Civic Type R is getting ready to reignite the hot-hatch wars and has set a new lap record for a front-wheel drive car at Japan’s Suzuka circuit.

The new benchmark time was set during the new car’s final development evaluation on March 15.

The new Civic Type R is the latest performance vehicle to prove itself on the iconic Suzuka International Racing Course, famous for its high-speed chicanes and challenging corners. The track, often described as one of the world’s greatest circuits, has been a test bed for performance Hondas since 1962 and has been home to the Japanese Formula 1 Grand Prix for all but two years since 1987.

Honda hasn’t yet revealed technical details of the new Type R, but the engine is thought to be an evolved version of the existing 2.0l turbo which produces outputs of 228kW and 400Nm.

There are rumours it may be assisted by electric power given that the rest of the new 11th generation Civic will be offered exclusively in hybrid form.

It isn’t yet known when the new Civic range will be coming to SA. Honda will reveal further information, and remove the camouflage, ahead of the Civic Type R’s launch later in 2022.

With its updated tech, this junior GTI isn’t such a big step down from a Golf anymore
Life
1 month ago

This compact sedan is swift and satisfying, without the hot temper of Audi's RS-badged beasts
Life
3 months ago
Next Article