With its updated tech, this junior GTI isn’t such a big step down from a Golf any more 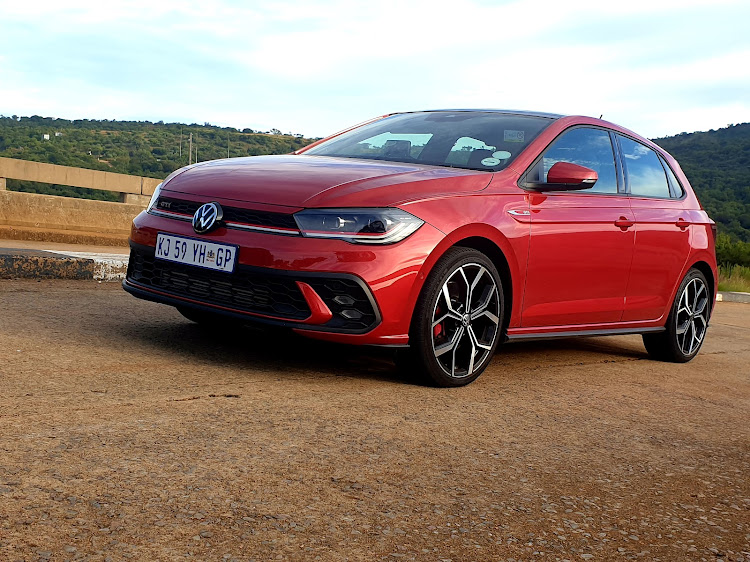 At R689,800, the Volkswagen Golf GTI has become priced out of the reach of some hot-hatch enthusiasts, leaving the Polo GTI to serve as the high-adrenaline model for VW fans.

That said, this junior GTI offers a R200,000 saving over the big-brother Golf, and in terms of raw bang for buck, the Polo makes a strong case with its ability to sprint from 0-100km/h in 6.7 seconds and 238km/h top speed — not worlds away from the more powerful but heavier Golf GTI’s 6.1 seconds and 250km/h.

There’s more to it than that of course, with the Golf offering more space and prestige, but the sixth-generation Polo is also not lagging behind in terms of technology, especially after its recent midlife upgrade.

As hi-tech fare from premium cars trickles down into mass-market vehicles, the revamped Polo now offers an optional Travel Assist feature with active cruise control and lane keeping assist. These are stepping-stone features into a future of self-driving cars, and they take out some of the hassle of commuting in busy traffic.

The updated Polo range also gets interior upgrades including redesigned steering wheels and updated infotainment systems, while the digital instrument cluster, which has thus far been available in the range-topping GTI, filters down to lesser Polo models.

An exterior revamp to the locally built car includes new bumpers and tailgate, LED headlights and tail lights, and a new LED light strip along the radiator grille, which provides a distinctive light signature day or night.

The GTI adds LED matrix headlights and sporty garnishes including a red strip in the radiator grille, a honeycomb grille, and red brake calipers.

Inside, the Polo GTI gets a new air conditioner console with a touch panel and sliders replacing the previous knobs and buttons. I found the old system more intuitive, and sometimes car designers dive too enthusiastically into the digiverse without necessarily considering user-friendliness. Thankfully the good old manual volume knob for the audio has been retained. 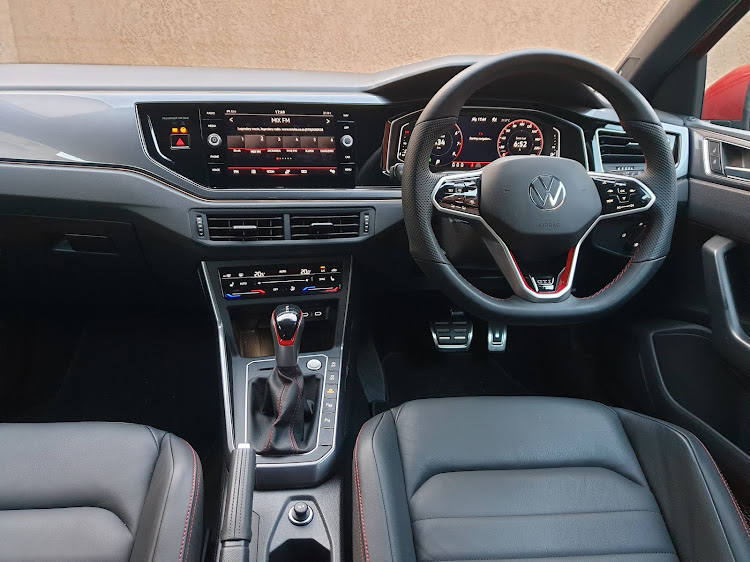 There are no quirks to the Polo’s touchscreen infotainment system and swiping through its menus is a breeze, without the patience-testing lag of the new-generation Golf.

The modern, digitised cabin has an upper-class feel far removed from the Polo’s budget car origins. The fifth-generation Polo had already raised the bar, but the latest version is starting to feel like a premium car in a small car’s body. Soft-touch plastics and smart metallic accents present an upscale cabin ambience and it feels solidly built.

Aluminium pedals, red accents and a sports steering wheel garnish the interior with a GTI vibe, and the new sports steering wheel is almost identical to the one in the Golf 8 GTI. However it costs extra for items like a panoramic sunroof, six-speaker Beats sound system, and a reversing camera — the Polo GTI isn’t over endowed with toys for its nearly R500,000 price.

The upmarket aesthetics translate into the driving experience, and the small car drives with a grown-up, refined feel.

The midlife revamp leaves the Polo GTI mechanically unchanged, and the 2.0l turbocharged heart continues to provide perky performance to the tune of 147kW and 320Nm.

A six-speed dual-clutch transmission sends it through the front wheels, and when we tested the acceleration at Gerotek (where the car matched the factory-claimed 6.7 second 0-100km/h), the frisky power was easily unleashed by means of a simple-to-use launch control system. There’s just a chirp from the front wheels as the car whizzed from a standing start, and almost no torque steer.

There are four driving modes that affect the throttle and gearshift responses, and also the suspension stiffness via the dynamic chassis control. The GTI’s suspension is 15mm lower than a regular Polo’s, but the ride is not uncomfortably choppy with the suspension in its comfort setting. In sport mode, it becomes a playful little car with a penchant for fast corners. 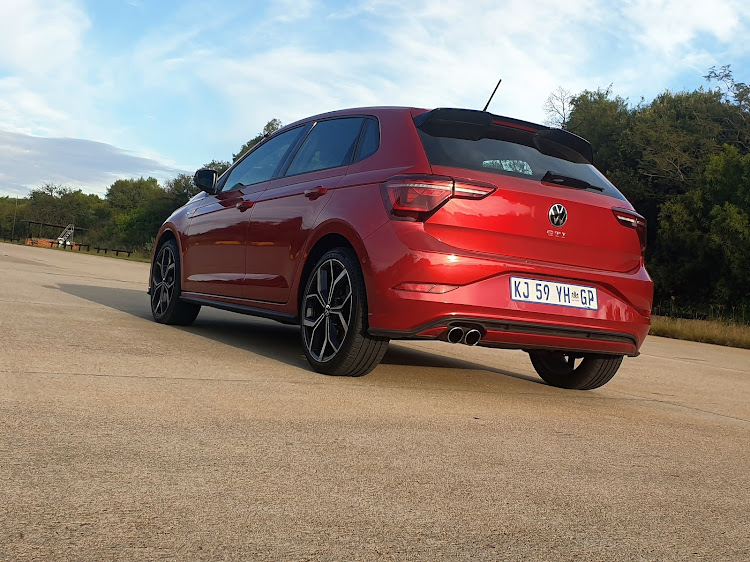 The Polo GTI is an entertaining driver's car and sprints from rest to 100km/h in a brisk 6.7 seconds. Picture: DENIS DROPPA

It is a neat handler, nipping through turns with agility, and the XDS electronic differential lock quells any tendency to early understeer. The brakes are up to the task too, and displayed no fade after a few hot laps of the handling circuit at Gerotek.

It’s an entertaining little driver’s car and its ebullience doesn’t come at the cost of high thirst; the test vehicle averaged a sensible 8.0l / 100km.

The Polo is one of SA’s most popular cars and the sixth generation has sold about 80,000 units since its 2018 launch; incidentally, Volkswagen SA’s Kariega plant is the world’s sole producer of Polo GTIs. The midlife revision keeps it fresh against recently launched rivals like the all-new Hyundai i20 and Renault Clio, and there’s no reason it shouldn’t keep selling like coat hangers at a traffic light.

The cup-half-empty view of the GTI version is that it’s a Polo that costs nearly half a million rand. But the car has lots to offer drivers seeking a refined, hi-tech hot hatch for R200,000 less than a Golf GTI. In terms of performance and technology, it isn’t such a downgrade from its big brother any more.

It has no direct rivals since the demise of hot hatches like the Ford Fiesta ST and Renault Clio RS.

VERDICT: Edging closer to being a Golf GTI alternative

New Hyundai i20 lays on more style and power