Pothole Patrol is a success story despite a few challenges 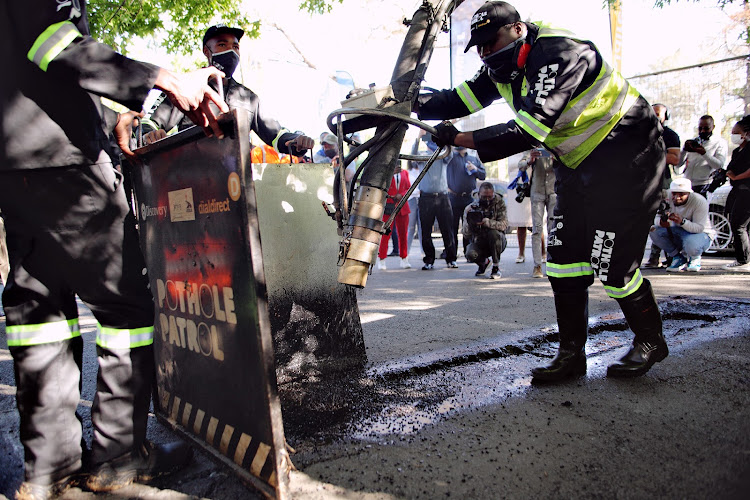 The Pothole Patrol teams formed by Discovery Insure and Dialdirect Insurance have been filling up fissures as citizens report them. Picture: SUPPLIED

The Pothole Patrol — a public-private partnership between Discovery Insure, Dialdirect and the department of transport, through the Johannesburg Road Agency (JRA) — had already plugged more than 50,000 potholes in Joburg before its official launch in 2021.

Anneli Retief, the head of Dialdirect’s Johannesburg operations, and Discovery Insure CEO Anton Ossip highlighted mounting outrage over the potholes and the risk of lives lost in accidents among the reasons for establishing the campaign.

An app and a WhatsApp bot were also created to enable residents to report potholes and speed up the City of Joburg’s efforts to fix the roads.

But what has happened since the launch in May 2021?

According to the combined responses of Retief and Ossip, the Pothole Patrol has repaired more than 88,000 potholes to date, exceeding mandated repaired targets by 25% month on month.

But the above-average rainfall experienced by Johannesburg  over the last couple of months worsened the pothole situation.  “The heavy rains recently experienced have indeed caused more potholes to develop. However, we have increased our repair fleet and employed additional resources to help manage the increased number of reports,” says Retief.

Asked whether claims attributed to pothole damage have increased or decreased during the campaign, Ossip says: “Discovery Insure data shows that there has been a drop in pothole claims of 26% in Johannesburg, compared to an increase of 45% across the rest of Gauteng in the six months to December 31 2021.”

The recent political change in local government has seemingly not affected the Pothole Patrol, and it is still going strong. “We are working all over Johannesburg. If the pothole reported is within our scope of repair, we will fix it. If it isn’t, we will refer it to the JRA or Johannesburg Water, if there is underlying water damage,” says Ossip.

“There have been a few challenges over the past 11 months though, including above-average rainfall and a bitumen shortage, but there have been more successes than challenges,” says the private-public partnership.

The Pothole Patrol's work is being appreciated by the public as seen through tweets. Picture: SUPPLIED

Insurers come to the rescue of expired driver’s licence holders