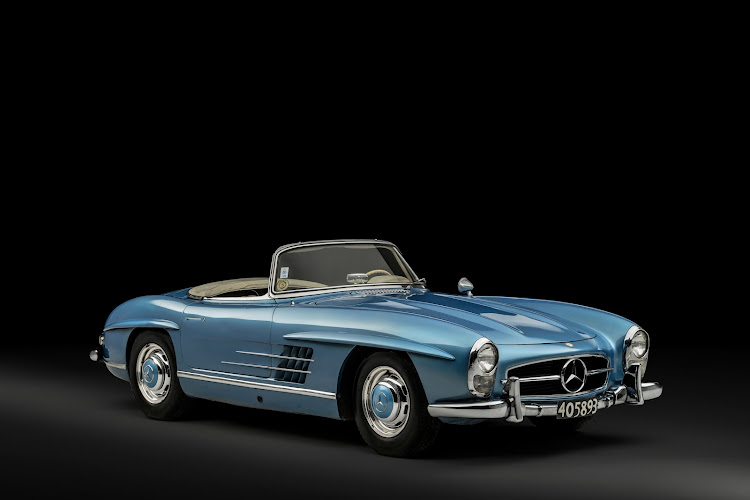 An unnamed buyer now owns this hallowed item of motorsport history after it was displayed in a museum for 35 years. Picture: SUPPLIED

The car was sold by RM Sotheby’s in a sealed bid auction that took place from March 21-25, and the buyer now owns an artefact of motorsport history after it was displayed in a museum for 35 years.

Fangio, the five-times Formula One world champion affectionately known as “El Maestro” and regarded as one of the greatest drivers, was presented with this beautiful Benz as a retirement gift from Mercedes-Benz in 1958.

Known to have been one of Fangio’s favourite cars, it is the machine the Argentinian chose for the final chapter of his career and he drove it for over 70,000km on tours of Europe and South America.

He kept the topless two-seater throughout his later life before passing to his family. It has been displayed at the Juan Manuel Fangio Museum in his hometown of Balcarce, Argentina, since its foundation in 1986.

The Argentinian dominated F1 racing of his era, racking up five world drivers’ titles in the 1950s while racing wheel to wheel with other legends like Alberto Ascari, Giuseppe Farina, Mike Hawthorn and Sir Stirling Moss. Two of those titles were achieved for Mercedes-Benz, scoring consecutive seasons’ victories in 1954 and 1955. 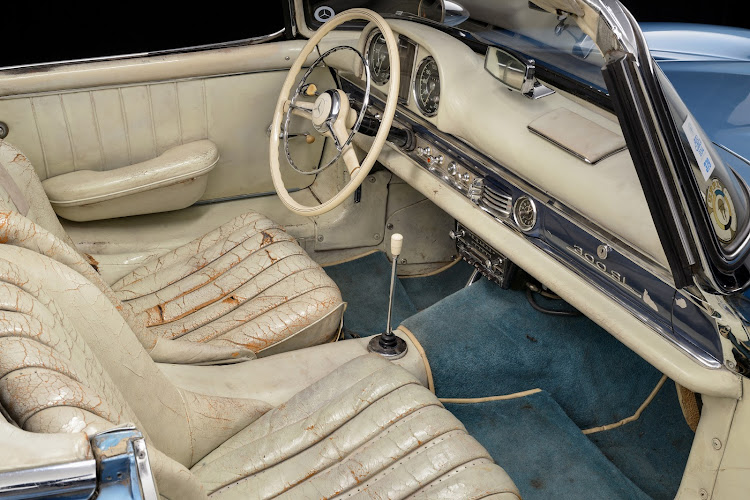 The history of the car is ingrained in its interior patina and the gear selector, steering wheel, and seats have not been replaced. Picture: SUPPLIED

Fangio retired from Formula 1 soon after receiving the 300 SL from Mercedes-Benz, calling time on a career in which he earned 24 victories out of 52 Grand Prix starts for a 46% win ratio — an achievement that has not been surpassed.

Finished in its factory-correct colour combination of metallic light blue over a cream leather interior, the car is original throughout. The history of the car is ingrained in its interior patina and the gear selector, steering wheel, and seats have not been replaced; they are the very tools used to operate this sports car by the Argentinian legend.

The car even has the same cream-coloured suitcase in the boot that Fangio would have used on one of his drives across Argentina.

RM Sotheby’s has not disclosed the sale price as it was a sealed bid auction.