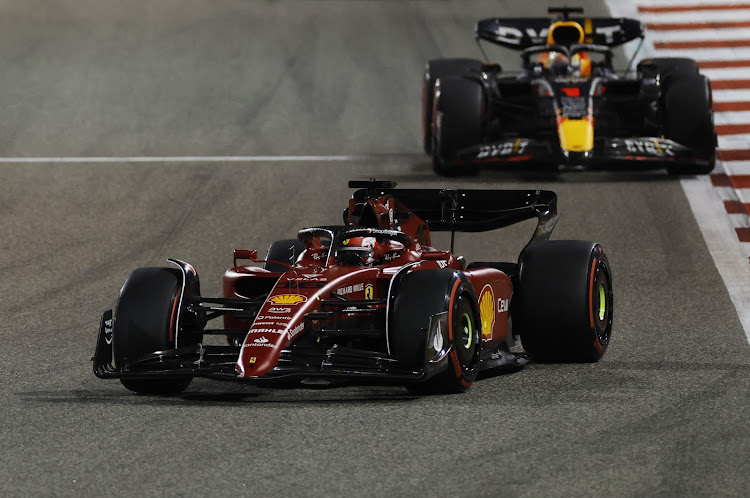 After last year’s battle of the generations, and young pretender Max Verstappen taking the title from seven-times world champion Lewis Hamilton, Formula One’s new era has fired up a clash of 24-year-olds.

The season’s first two floodlit races in Bahrain and Saudi Arabia have seen Ferrari’s Charles Leclerc and Red Bull’s Verstappen, both 24, go wheel to wheel with one victory apiece.

The pair, established stars of the youth wave coming through who were just kids when Mercedes’ Hamilton made his F1 debut in 2007, have been rivals since their formative years in go-kart racing.

“They were fighting when they were kids and now here for the first position in F1. It’s very good for F1, a fantastic start to the season,” enthused Ferrari team principal Mattia Binotto.

Leclerc leads the standings, ahead of 27-year-old teammate Carlos Sainz, with Verstappen third and George Russell, another 24-year-old, fourth for Mercedes. Hamilton, 37, is fifth.

The sport has undergone a rules revolution, in the hope of making racing closer and more exciting, and Red Bull boss Christian Horner said the evidence was there to see.

“In the last two races we’ve seen Charles and Max pass each other about 10 times, which we haven’t seen in previous seasons, and it has been great racing,” he said.

“Of a sample of two, you’d have to say it's a big tick in the box for the ability to follow closely and race wheel to wheel. It has been outstanding.”

The next round is Australia on April 10 before F1 returns to Europe and a home race for Ferrari at Italy’s Imola.

“It’s now going to be about development, about unlocking potential with these cars that are still very immature,” said Horner.

“We can see Ferrari are very, very quick and it’s going to be a busy period through the rest of the spring to try to get performance to the cars, understand how the tyres are working and so on over these next few races.”

Ferrari lead the way to Melbourne, having scored 78 points from a maximum 88 available, but Binotto said Red Bull were still the team to beat.

“I think it will be again a good battle, a tight battle. I believe that still Red Bull is very fast, they are the strongest because they have the world champion,” he said.

“I would say they are still the favourites and we try to do our best, let’s see. There are a lot of situations that may happen.”

Red Bull are in second place in the constructor standings with 37 points, a point behind Mercedes, but they failed to score in Bahrain and reliability is always a concern.

“Luck tends to even itself out over the course of a year,” said Horner.

“We’ve just got to go race by race. We’re off the mark now. We’re on the scoreboard, we’ve won our first race of the year, both drivers have been very competitive and we’ve just got to build some momentum.”

Red Bull have plenty of straight line speed, while Ferrari were faster through the corners in Jeddah, and different tracks will play to individual strengths.

Once-dominant champions Mercedes meanwhile must tame a “porpoising” car to get back in the game.

“It’s a very intense battle with Ferrari,” said Horner. “I have no doubt Mercedes will at some point join that battle but my focus is very much on our team.”