The Purosangue will take on Bentley Bentayga, Porsche Cayenne and Lamborghini Urus 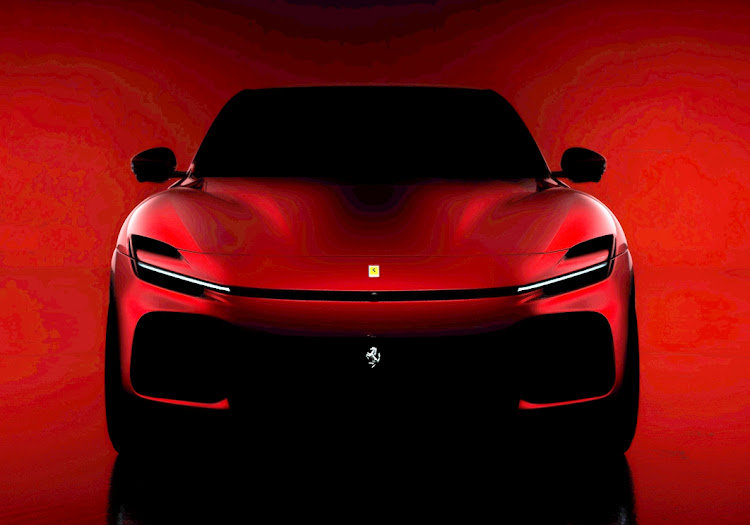 Ferrari has posted the first official teaser picture of its first SUV, the soon to be launched Purosangue.

In a Facebook post on Wednesday the Italian firm states: “You’ve heard the rumours ... and we’re delighted to confirm they’re true (some of them). All will be revealed later this year.”

Purosangue, which is Italian for “thoroughbred”, will be a front mid-engined SUV that promises to deliver the sharp handling expected of a Ferrari.

The engine details haven’t been revealed yet but whether it adopts a twin-turbo V8,  normally aspirated V12 or even the new hybrid V6 from the Ferrari line up, it won’t be slow.

Stay tuned for more updates as we get them.

SUV king of the Nurburgring boasts the marque’s most powerful V8 — and a R3.35m pricetag
Life
11 months ago
Next Article