The Italian machine brings style, speed and space to the midsize SUV segment 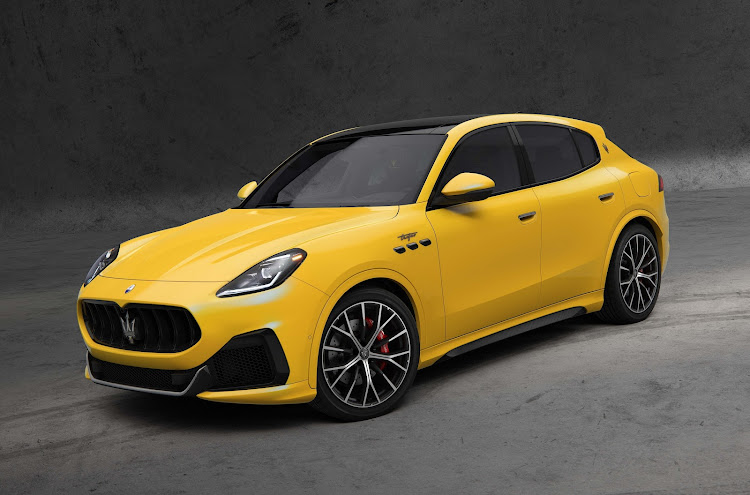 The range-topping Trofeo is powered by a 395kW turbo V6. Picture: SUPPLIED

With midsize SUVs now the fastest-growing segment in the auto industry, the new Grecale is expected to become the most popular vehicle in Maserati’s range, accounting for about a third of the Italian brand’s sales.

After being delayed due to the semiconductor shortage affecting the motor industry, the Grecale was unveiled this week as the smaller cousin of the Maserati Levante luxury SUV, which has been on sale since 2016.

Grecale (pronounced “grey-car-le”) is the name of a Mediterranean wind, as per Maserati convention to name its vehicles after winds, and is built on a modified Alfa Romeo Stelvio platform. The latest trident-badged vehicle will compete against the Stelvio and Porsche Macan in the premium midsize SUV segment, and comprises three petrol-powered models and an electric version.

Maserati says the Grecale was designed to be class leading in every measure including space.  With its 4,846mm length and 2,901mm wheelbase it offers up to 570l of boot space and 44mm more rear legroom than the segment average.

Wrapping the spacious cabin is a sporty coupe-style roofline and frontal styling inspired by Maserati’s MC20 mid-engined sports car. The Grecale has Maserati’s signature triple portals on the fenders and flush door handles that deploy electrically.

The boomerang tail light signature is inspired by the Maserati 3200 GT of the late 90s, and the rear sporting look is finished off by a carbon diffuser and dual double exhausts.

Stepping inside reveals a completely new digital interface and a minimalist interior with barely any physical buttons. It is all controlled by touchscreen and gestures, or via voice control using the Maserati Intelligent Assistant (Mia) connected to Amazon Alexa.

The digital instrument cluster is configurable, including a minimised “relaxed” mode. The traditional clock atop the dash remains, but it’s no longer analogue. Within its round metal housing is a smartwatch-style digital clock that offers a selectable array of different faces. 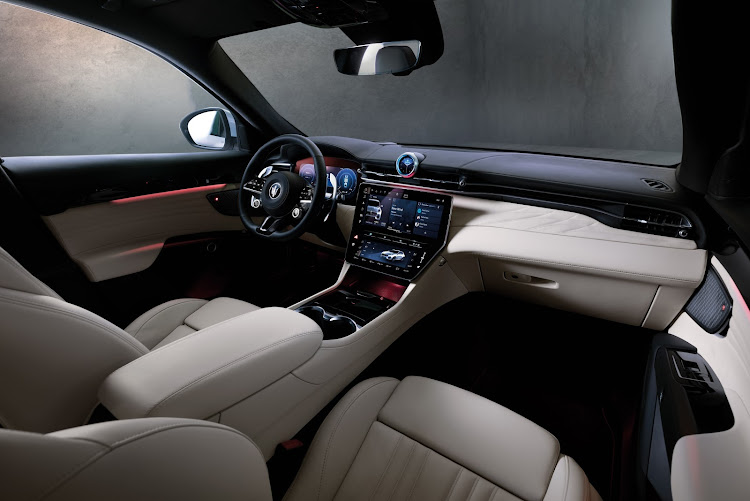 Everything becomes touch-based, and the large 12.3-inch central screen is the largest yet in a Maserati. Picture: SUPPLIED

Over-the-air updates will be available, along with level two autonomous driving. There will be a high level of personalisation, a digital instrument cluster and a head-up display — the latter is  a first in a Maserati.

A high-end Sonus Faber audio system is available with up to 21 speakers and classy-looking aluminium speaker grates.

Maserati promises exceptional handling from the Grecale with the aid of a Vehicle Dynamic Control Module (VDCM) system, and there are five driving modes.

All petrol versions will be torque converter eight-speed automatics with all-wheel drive. Air suspension is standard on V6 models and optional on four-cylinder variants.

Three versions are being rolled out at launch: the GT, powered by a four-cylinder mild hybrid engine with 223kW and a claimed 0-100km/h sprint of 5.6 seconds, the mild-hybrid four-cylinder Modena with 246kW (5.3 secs), and the range-topping Trofeo with a 3.0 V6 petrol twin turbo engine based on the Nettuno engine fitted to the MC20, boasting 395kW and a 3.8 second 0-100km/h sprint.

Maserati promises a soulful voice from all petrol versions.

There will also be an 800kW electric model called the Folgore arriving later, with a unique copper coloured theme.

The Grecale is expected in SA in about the third quarter of this year with prices to be announced at the time.