SA’s Binder brothers both finish in the top ten 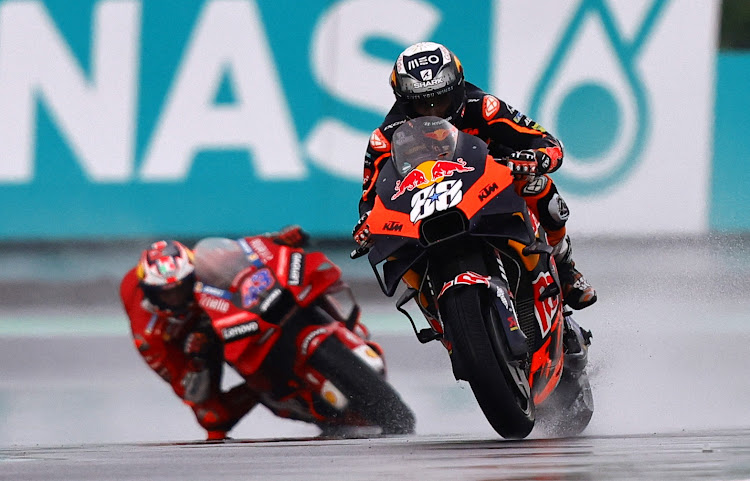 KTM rider Miguel Oliveira put on a wet-weather masterclass and held off world champion Fabio Quartararo in an intense battle to win the Indonesia Grand Prix in Mandalika on Sunday as MotoGP returned to the country after a 25-year absence.

Yamaha’s Quartararo qualified in pole position but dropped to fifth before producing a late charge as Oliveira kept his composure to clinch his fourth MotoGP career win in the rain-delayed and shortened second race of the season.

Oliveira made a strong start and moved from seventh to second, passing early leaders Quartararo and Jack Miller before building what proved to be an unassailable lead.

“The last couple of months have not been easy,” the 27-year-old Portuguese said. “To be back with this win is very emotional for me.

“I promised my daughter I would bring back a trophy from Indonesia — this one is for you.”

Quartararo was joined by fellow Frenchman Johann Zarco on the podium after the race was reduced to 20 laps from 27 due to safety concerns caused by extreme track temperatures and the start was delayed by over an hour because of torrential rain.

Six-times MotoGP champion Marc Marquez missed the race, Indonesia's first grand prix since 1997, after suffering a concussion after a crash in the warm-up session earlier on Sunday.

Enea Bastianini, winner of the season's opening race in Qatar, held on to his lead in the championship standings despite finishing 11th in Mandalika while Zarco's Pramac Ducati team mate Jorge Martin crashed out of his second straight race.

SA’s Brad Binder was eighth on his KTM, and retains second place in the championship after finishing second in the season opener. His brother Darryn was 10th on a Yamaha RNF and scored the first points of his rookie MotoGP season.