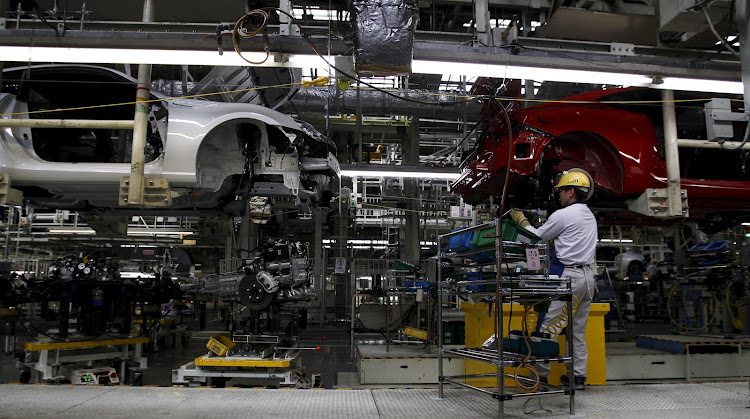 The cyber attack comes after Japan joined Western allies in clamping down on Russia due to its invasion of Ukraine, although it was not clear if the attack was related. Picture: SUPPLIED

Tokyo — Toyota Motor said it will suspend Japanese factory operations on Tuesday, losing output of about 13,000 cars, after a supplier of plastic parts and electronic components was hit by a suspected cyberattack.

No information was immediately available about who was behind the possible attack or the motive. The attack comes just after Japan joined Western allies in clamping down on Russia after it invaded Ukraine, though it is not clear if the attack was related.

Japan Prime Minister Fumio Kishida said his government would investigate the incident and whether Russia was involved. “It is difficult to say whether this has anything to do with Russia before making thorough checks,” he told reporters.

Kishida on Sunday announced that Japan would join the US and other countries in blocking some Russian banks from accessing the SWIFT international payment system. He also said Japan would give Ukraine $100m in emergency aid.

A spokesperson at the supplier, Kojima Industries, said it appeared to have been the victim of some kind of cyberattack.

A spokesperson from Toyota described it as a “supplier system failure”. The company does not yet know if the halt at its 14 plants in Japan, which account for about a third of its global production, will last more than a day, the spokesperson said.

Some plants operated by Toyota affiliates Hino Motors and Daihatsu are included in the shutdown.

Toyota, which has experienced cyberattacks in the past, is a pioneer of just-in-time manufacturing with parts that arrive from suppliers going straight to the production line rather than being stockpiled.

State actors have launched cyberattacks on Japanese companies in the past, including an attack on Sony Corporation in 2014, which exposed internal data and shut down computer systems. The US blamed North Korea for that attack, which came after Sony released The Interview, a comedy about a plot to assassinate the regime’s leader, Kim Jong-un.

Toyota’s production halt comes as the world’s biggest vehicle maker is already tackling supply chain disruptions around the world caused by the Covid pandemic, which has forced it and other carmakers to curb output.

Toyota also saw some production stopped in North America in February due to parts shortages caused by the Canadian trucker protests.

Both cars and light commercials started the year positively, increasing 26.6% and 3.8% respectively
Life
5 months ago

The Japanese brand sold 10.5 million vehicles in 2021, widening the lead on VW
Companies
5 months ago