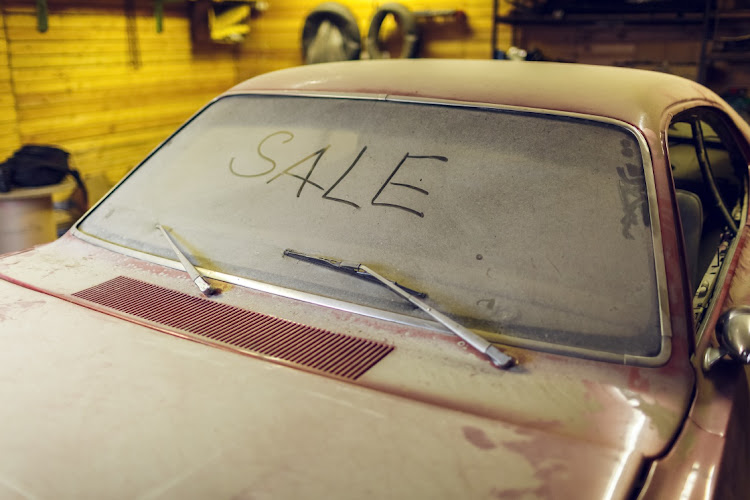 When buying a car from a private seller, first take it in for a technical check — it's worth it. Picture: 123RF

In this weekly segment of bite-sized chunks of useful information, consumer journalist Wendy Knowler summarises news you can use:

If you buy a car from a private individual, as opposed to a dealership, you are taking a major risk as the Consumer Protection Act does not cover private sales.

Peter bought a car “privately” and less than a week after exchanging good money for it the diff “went”, as he put it in an email to me.

“When I bought it, nothing was mentioned about the diff. The vehicle was sold voetstoots.

“The diff is being repaired — who is responsible for the costs of this repair?

“I need the vehicle for my garden service and as a consequence of this problem I have no means of working.”

Sadly, Peter has no recourse. What he should have done is have the car checked by a technical assessment company such as Dekra or the AA before committing to the purchase. Worth every cent!

It’s called the “reasonable precautions” clause, and an increasing number of car insurance claims are being rejected because of it, the ombud for short-term insurance (Osti) has warned.

An analysis of complaints sent to the ombud in November 2021 revealed this trend.

The clause requires policy holders to take “all reasonable care” and reasonable precautions to prevent or minimise loss, damage, death, injury or liability. Breaching it warrants rejection of a claim.

There are various reasons why an insurer may use this clause, said senior assistant ombud Ayanda Mazwi, but it is mainly relied on in cases where the insurer alleges that their client was speeding.

But can they do that?

When faced with such a dispute, the Osti considers whether the insured was speeding.

“The insurer carries the burden of proving the breach or exclusion,” the Osti said. “It may rely on evidence such as data downloaded from the vehicle’s on-board computer, vehicle tracking reports and experts in accident reconstruction.”

In a case before the Osti, an insurer was ordered to pay a claim — having previously rejected it — after the adjudicators found that the conclusions put forward by the insurer’s accident reconstruction expert were not based on accurate facts.

It is unlikely that a driver will admit recklessness. Therefore, it may be determined by inferential reasoning based on the facts of the case

“The expert did not consider objective evidence at the accident scene and there were substantial inconsistencies in the measurements he used to calculate the speed,” Osti said.

Data from the on-board computer and the vehicle tracking reports indicating the speed a vehicle was travelling when the accident occurred are generally accepted.

But here’s the thing — speeding on its own does not necessarily mean the insured was reckless.

“The insurer must put forward a convincing argument on which to conclude that the driver foresaw the possibility of an accident and deliberately courted the danger by taking measures which the driver knew were inadequate.

“Or that the driver recklessly reconciled [him or herself] with the danger.

“It is unlikely that a driver will admit recklessness. Therefore, it may be determined by inferential reasoning based on the facts of the case.”

Bottom line — if your insurer rejects your claim on the grounds that you were speeding, and you feel that’s unfair, lodge a complaint with Osti so the facts can be impartially considered.

Thanks to the Electronic Communications and Transactions Act, if you buy something online you have the benefit of a seven-day cooling off period.

That means you can change your mind about the product and send it back — at your cost, unless the company chooses to fund the return — for a refund.

So here’s a key tip, courtesy of Julie who learnt it the hard way: take photos of the item before you return it, as proof that it was in a resaleable condition when it left your hands.

Here’s what happened to Julie as described in a Facebook post: “I have just returned a pair of brand-new, unworn shoes to a major online retail company. I tried them on, but they were a size too small, so I returned them.

“Now, to my shock and horror, I have received an email to say that the shoes are dirty and have been worn.

“That is not how they left my home as I tried them on for about five minutes in my bedroom.

“I did not take photos of them before they left my home so how do I prove to them I did not wear them?

“I am concerned something happened between them leaving my home and arriving at the destination.”

The sad truth is Julie has no means of proving what state those shoes were in when she handed them over. So always take photos of products before returning them, as evidence, should you need it.