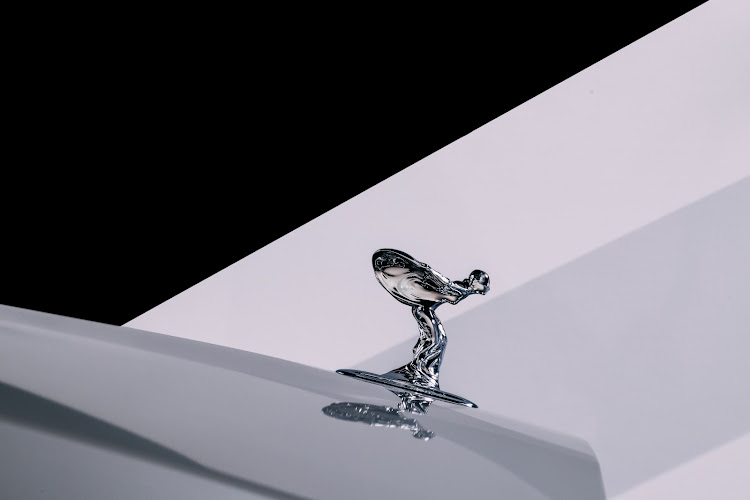 Braced for the wind, the figurine now has one leg forward with the body tucked low. Picture: SUPPLIED

The Spirit of Ecstasy is arguably the most iconic bonnet ornament in the automotive world, and exactly 111 years after being registered as intellectual property of Rolls-Royce, it’s been given a redesign.

This new, more aerodynamic rendering of the feminine figurine will appear on future electric Rolls-Royce cars starting with the Spectre to be launched in 2023. The current Spirit of Ecstasy, which has been around since February 6 1911, will remain on internal combustion-powered Rolls-Royce models.

The original figurine came about from a secret love affair between John Douglas-Scott-Montagu, second Baron Montagu of Beaulieu, and the model for the emblem, Eleanor Velasco Thornton. The baron was a pioneer of the automobile movement and editor of The Car Illustrated magazine, and commissioned his friend, sculptor Charles Robinson Sykes, to sculpt a personal mascot for the bonnet of his 1909 Rolls-Royce Silver Ghost.

So what’s new about the metal muse?

The figurine has been remodelled with a lower, more dynamic stance that brings her much closer to the drawings made by Sykes, and she has shrunk from 100.01mm to 82.73mm in height.

Her robes, which flow behind her in the slipstream — often incorrectly mistaken for wings — have been subtly reshaped to make them more aerodynamic and realistic.

The most visible change is her stance. Previously, she has stood with her feet together, legs straight and tilting at the waist.

“Now, she is a true goddess of speed, braced for the wind, one leg forward, body tucked low, her eyes focused eagerly ahead,”  Rolls-Royce said.

These changes contribute to the Spectre being the most aerodynamic Rolls-Royce yet created, with a drag coefficient (cd) of just 0.26.

Each figurine is individually finished by hand after being cast, continuing a long Rolls-Royce tradition, which saw Sykes make and polish each mascot himself until 1939.

Though relatively rare in the modern era, changes to the Spirit of Ecstasy have been made throughout her 111-year lifespan. She has been rendered in various sizes and materials and, briefly, in a kneeling position.