Certificate of airworthiness opens the door for AirCar’s mass production 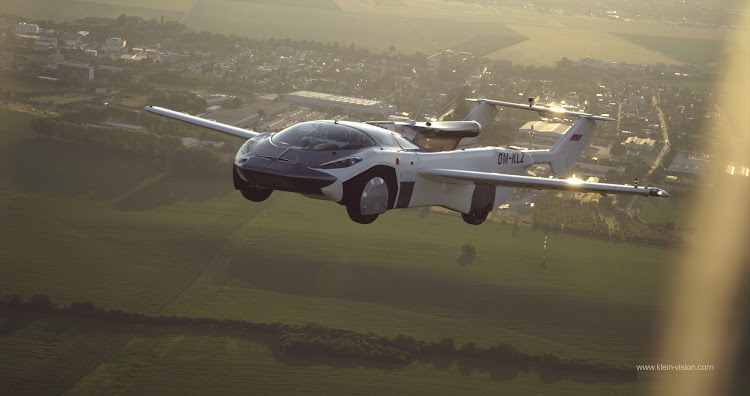 The AirCar has logged over 200 take offs and landings in testing. Picture: SUPPLIED

A Slovak-built flying car has received a certificate of airworthiness by that country’s Transport Authority, opening the door for its mass production.

The AirCar received the green light after completing 70 hours of flight testing with more than 200 take offs and landings. The flight tests included a full range of flight and performance manoeuvres, and the takeoff and landing procedures were achieved using autopilot.

In July 2021 the two-seat AirCar completed a 35-minute flight from Nitra to Bratislava in Slovakia, then folded its wings and drove the rest of its journey.

AirCar is different to the numerous drone-like air taxis in development, which are short-distance craft that aim to reduce traffic congestion in cities.

Unlike air taxis it does not have a helicopter-like vertical take-off and lift (VTOL) ability. Rather, it is a middle-distance aircraft designed to fly between cities. It requires an airport or airfield to take off and land, but has the advantage of being able to continue its journey by road.

It takes around three minutes to fold the wings and transform into a car about the size of an SUV. 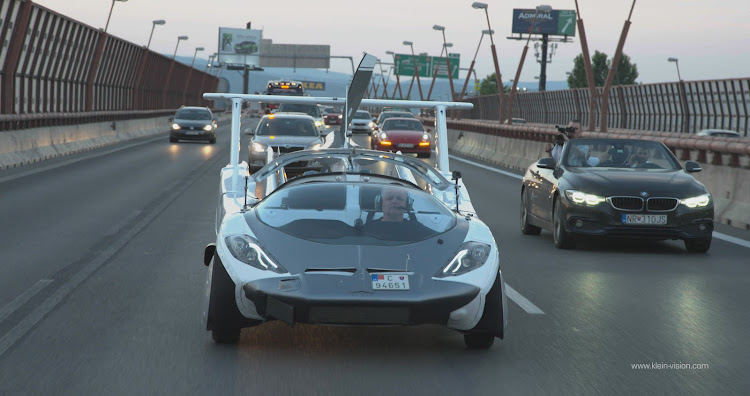 With the wings folded the AirCar is no larger than an SUV. Picture: SUPPLIED

“AirCar certification opens the door for mass production of very efficient flying cars. It is official and the final confirmation of our ability to change mid-distance travel forever,” said Prof Stefan Klein, the inventor and test pilot.

He formed Klien Vision in 2017 after formerly developing a flying car for fellow Slovakian company Aeromobil.

“Fifty years ago, the car was the epitome of freedom,” says Anton Zajac, the project cofounder. “AirCar expands those frontiers, by taking us into the next dimension; where road meets sky.”

The prototype is powered by a 1.6l BMW engine and has a 170km/h cruising speed while flying. The production version is expected to achieve flying speeds of over 300km/h and a 1,000km range.

Cadillac takes to the skies

After sci-fi has long promised them, air taxis from Uber and others are finally getting ready to take to the skies
Life
2 years ago