It's not the do-everything SUV but it nevertheless deserves a look, says Phuti Mpyane 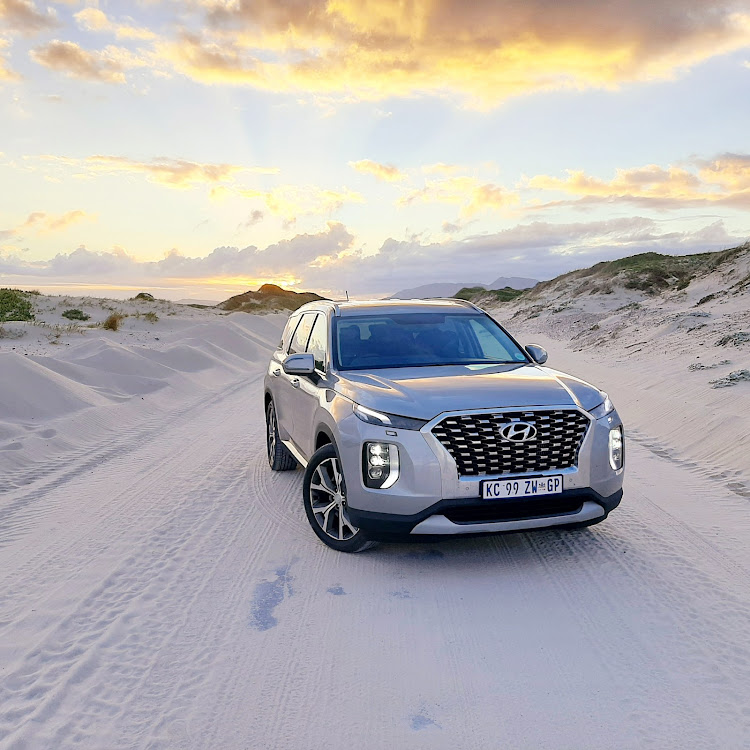 The area and car may look straight out of a Dubai post card but it's just picturesque Kalk bay in the Western Cape. Picture: PHUTI MPYANE

Hyundai’s full-sized Palisade SUV arrived in SA promising vast interior space paired with a thrifty engine and all-wheel drive underpinnings. The Palisade is the top-tier SUV in Hyundai's range and that name signifies a family house on wheels.

It was the ideal proposition to ring fence a family of eight passengers in comfort to take on a 3,000km seaside family trip starting in Joburg to Knysna, then on to the west coast in Cape Town and back to Jozi.

The ingredients are relatively simple. It's 4,980mm long and has a gutsy diesel engine. The journey began on a rainy Jozi morning and with the packing still to be done we were already stranded. It’s the seven-seat version and there are eight of us. You can order it in an eight-seat configuration for free.

Luckily the small bodied preteens could fit comfortably in the rearmost seats and despite swapping rectangular bags for the soft bags to maximise space, everything was packed roof high with the rest of our holiday paraphernalia strewn across the floor and inside footwells. Some of the blankies were used to create a makeshift seat to fill the missing seat in the first row.

With the seating sorted the teens plugged into its eight USB ports: two in the centre box, two next to the front footwells, two on the side of the front seats and two in the last row.

Satisfied, we were off and the Palisade’s cushy drive is obvious within the first few metres. The damping soaks up road imperfections remarkably well and the noise insulation is up there with best. The driver seat is spot on, squatting low enough to create the illusion you are in a small and manageable car instead of a hulking SUV. The comfort and support of the driver's seat left no backache even after racking up a solid 1,200km in one gulp.

The swaggering size and American-style looks conjure up imaginations of a large capacity motor in front but to the dismay of fellow travellers who came up to inquire about this interesting looking Hyundai, it’s only a 2.2l four-cylinder diesel with 142kW and 440Nm on tap. Not exactly earth-moving figures but it’s an impressive motor with strong mid-range shove. 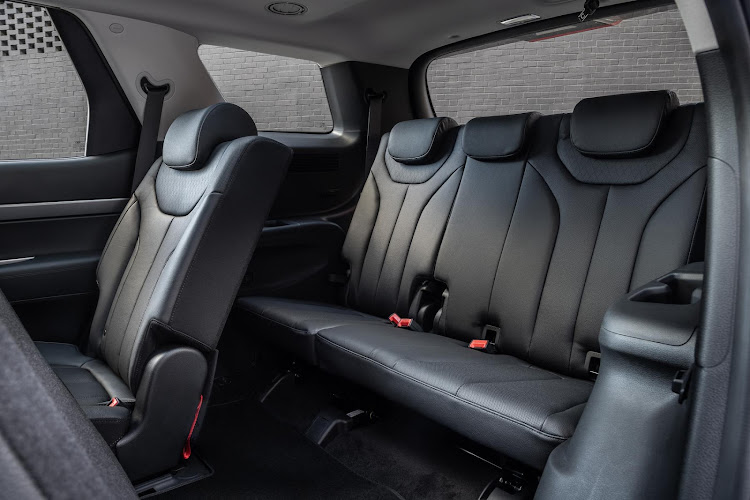 All three rows were filled with children, board games and blankets on a 3,000km journey. Picture: SUPPLIED

It never struggled to haul its full load anywhere and also seen in how it spears strongly past slow-moving traffic. It’s good for a 0-100km/h time of 10.5 secs and a top speed of 190km/h and even small throttle inputs have the Palisade surging forward.

It has a drive mode selector and when set to Eco saw the gargantuan Hyundai achieved an average 8.0l/100km with the cruise control glued to 120km/h. This consumption rate bettered its maker’s claim of 8.2l/100km.

The all-wheel drive system is peculiar in the niche. It has a front wheel bias and channels torque to the rear wheels when conditions change. These settings include powering up anywhere to maximise tractability and on bends to ensure composed and confident cornering ability through the Outeniqua pass, Gordon's Bay and other twisty roads encountered.

The only off-road challenge it encountered was a simple vehicle pathway of white beach sand alongside a Kalk Bay main road. The AWD system and road biased wheels aren't designed for sterner off-road challenges. They ensured we forged on effortlessly in the gooey stuff and it should easily deal with gravel paths too.

On the expansive and largely flat land it remained mostly in front-wheel drive though, and this also why it consumed so little fuel.

The Hyundai Palisade is a great family car that excels in the areas it was designed for, which includes being a refined chauffeuring service car.

If you haven’t already committed to subscribing to the herd by going for any of the five-seat German mid-size SUVs such as an Audi Q5, BMW X3 or Mercedes-Benz GLC there is a solid case for the R1,009,900 Hyundai Palisade that offers seven seats for far less money than premium seven-seaters such as the Audi Q7, BMW X7 and Mercedes-Benz GLS

Other alternatives to consider are the Kia Grand Sedona which is cheaper than the Palisade but capable of swallowing up to 11 passengers, or look to the bus segment where the Volkswagen Kombi, Toyota Quantum VX and cousin Hyundai Staria offer similar and large family practicality.

The Hyundai Palisade was an absolute peach for our trip but I’d recommend you hitch a small trailer for luggage to make journeys comfier for seven or eight people. 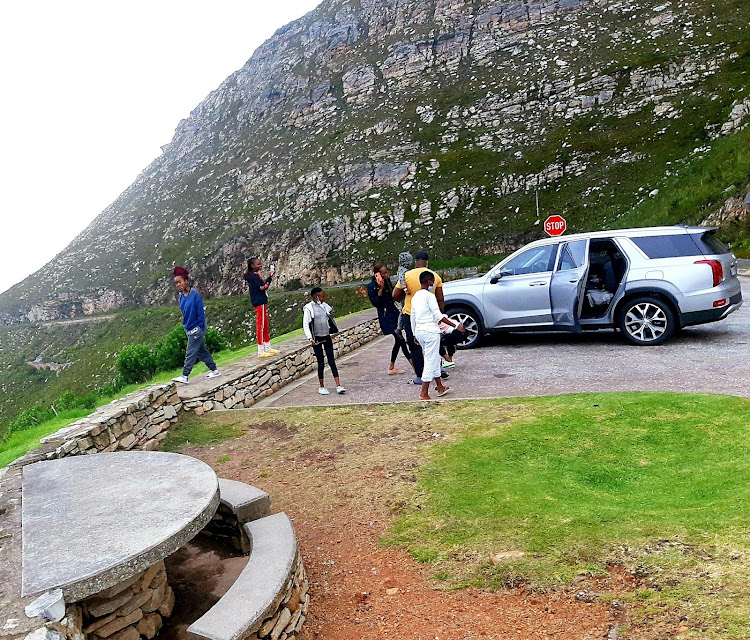 The Palisade took eight of us through a wet Outeniqua Pass in George en route to Western Cape. Picture: PHUTI MPYANE

Chery to shake up seven-seat niche with Tiggo 8 Pro

This will be the second model launched by the Chinese vehicle maker since returning to SA.
Life
4 months ago

Peugeot 5008 is a practical fashionista

Mercedes GLS is an all-terrain limousine