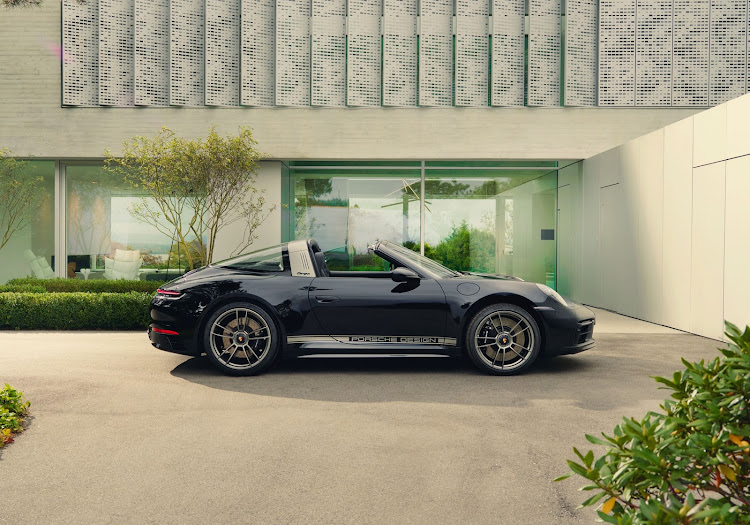 Porsche is commemorating 50 years of Porsche Design with a limited-edition 911 Targa named in honour of the milestone.

Limited to 750 units worldwide, the sports car has numerous details that pay homage to the iconic designs of Ferdinand Alexander Porsche, the designer of the original Porsche 911. He founded Porsche Design in 1972 as a product design studio known for high-end accessories including sunglasses, pens and watches.

The 911 Porsche Design 50th Anniversary Edition is based on the 911 Targa 4 GTS with its 3.0l twin-turbo six-cylinder boxer engine tuned to deliver 353kW and 570Nm. It is fired through all four wheels via either an eight-speed PDK or short-throw seven-speed manual transmission.

Porsche Active Suspension Management (PASM) system comes standard as is a more emotive sports exhaust system, with Porsche ditching some of the car's interior insulation material to amplify the sound. The brake package is the same as the one doing duty in the mighty 911 Turbo.

The 911 Porsche Design 50th Anniversary Edition is available in two colours: black or jet black metallic. These menacing shades are offset by a Targa bar painted in a platinum satin finish. The "Porsche Design" decals running across the bottom of the doors also adopt this contrasting colour as do the staggered (20-inch front, 21-inch rear) alloy wheels borrowed from the 911 Turbo S.

Other unique touches include coloured Porsche crests on the hub covers, gloss black brake calipers and a "Porsche Design 50th Anniversary Edition" badge on the rear grille. The "911" logo on the rear apron has been blacked out.

Inside the cabin is an all-black interior with 18-way electrically adjustable sports seats, the centre panels of which have a classic check pattern in black and cool grey. The headrests are embossed with the "Porsche Design 50th Anniversary" logo, which can also be found on the black, brushed aluminium door entry guards.

Other tasty bits of eye-candy come in the shape of a silver 911 badge with a limited-edition number on the dashboard trim as well as the "FA Porsche" signature embossed on the lid of the centre console storage compartment. The Sport Chrono Package is standard.

A limited number of 911 Porsche Design 50th Anniversary Edition models will be made available to SA customers. Pricing starts at R2,949,000 and the order book is now open.

More than 300,000 Porsches found new owners worldwide, with sales of the electric Taycan more than doubling
Life
5 months ago