BMW X3 ticks all the right boxes for family wheels

It's sumptuous, spacious and terrific in the bends, writes Phuti Mpyane 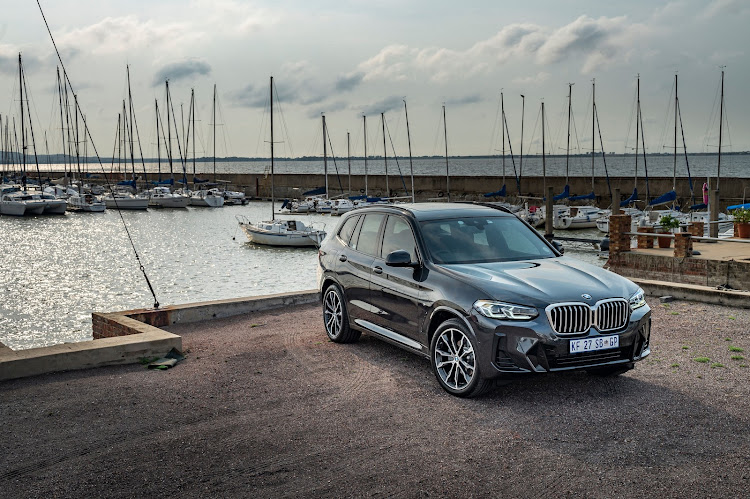 The 2021 BMW X3 has become a leading light in the compact premium SUV segment thanks to a raft of enhancements. Picture: SUPPLIED

Whether it is petrol, diesel powered or a BMW M creation, the BMW X3 formula of a family vehicle balanced for practicality, luxury, performance and all-surface capability hasn’t changed at all.

For the latest generation, which is a facelift and tested here in xDrive 20d M Sport guise, this means a diesel 2.0l four cylinder engine permanently driving all the M Sport-specific wheels. Apart from the cosmetic changes of a bolder and slightly reconfigured front kidney grille and swollen instead of flush tail lights, the benefit of this styling tweak is skin deep starting with how it drives.

If you drive the new and preceding models back to back you will be able to tell the differences immediately. The steering is slicker and the ride quality supple without wallowing in corners and at maintains this softness on bad surfaces too. Prominently improved outside noise insulation adds to make this the X3 generation with the best wafting ability.

Moving inside you’ll find plenty of head, leg and elbow room, so passengers are unlikely to feel short-changed. There's enough room to accommodate a nuclear family and granny.

The X3’s boot is cavernous and it comes with a useful powered tailgate and a net to stop loose items flying about. The rear seats are also foldable by pulling release levers on top of the rears for more options when you need to carry bulkier loads.

Then there’s the typical raft of BMW luxury tech and safety systems, which in the review unit consisted of cruise control, six airbags, automatic wipers and more including my ultimate favourite, active headlights. All contribute to the overall feeling of being a compact premium Sports Activity Vehicle (SAV) as BMW terms it.

A freestanding 31.2cm touchscreen display allows for easier access into the menus while the sports seats offer good support. There are also new levels of connectivity to smartphones, including wireless Apple CarPlay and Android Auto and you can also option many other smart tech such as a head-up display.

Being the xDrive20d it doesn’t sound as exciting as its M40i cousin but you’d be impressed with what it can do. Take it on a long journey, and in a hurry just as I did recently, on uneven roads with plenty of switchbacks and you’ll realise this one shouldn't be discounted as tepid.

The M Sport suffix denotes a sport suspension with dampers that firm up when Sport mode is selected, while the eight-speed automatic gearbox with steering paddles hangs onto gears longer to draw out the most from the 140kW and 400Nm engine. It’s rated with 8.0 seconds to 100km/h and a top speed of 213km/h. 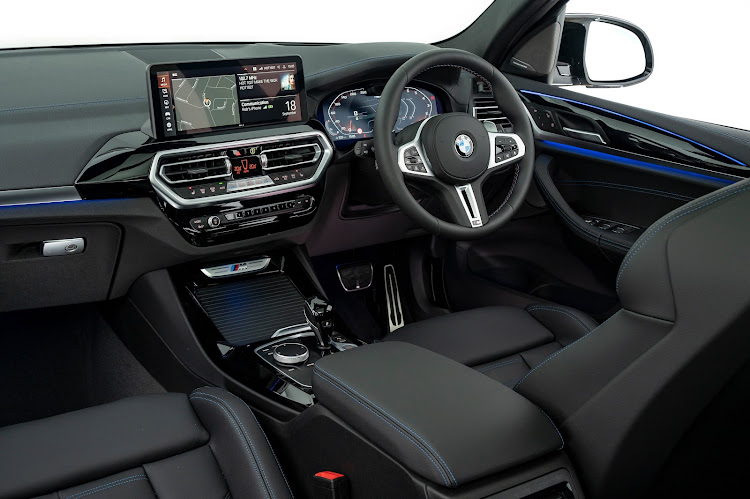 The figures aren’t explosive but having a suspension that didn’t struggle to cope with potholes or to pick at a series of sharp bends worked out. The steering weighs up nicely and the overall connectedness the driver has with the car allows you to charge down any road with confidence.

The cherry on top of that layer of comfortable suspension and dynamic driving aptitude is fuel consumption. BMW claims 5.6l/100km on average and though having spent little time commuting about town to prove this assertion it's quite believable considering the test car used an impressive 7.9l/100km on that spirited dash between provinces.

The xDrive 20d M Sport is priced at R1,037,176 and is in the same ballpark as the Porsche Macan in handling prowess.

It's also pricier than the rest of its rivals which include the Audi Q5 40TDI quattro; Mercedes-Benz GLC220d and Volvo XC60 AWD R-Design while the Porsche is marginally costlier but doesn't have a diesel alternative.

But as a package the X3 is right up there with the best and it gets my vote.

It’s on the expensive side 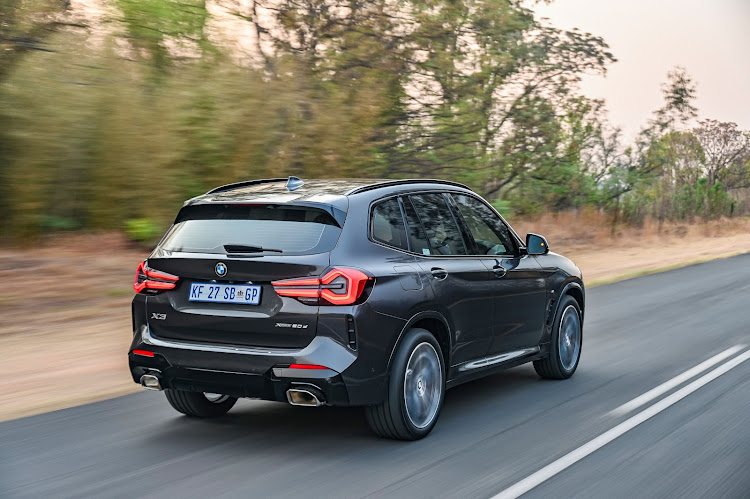 It's certainly more eye-catching now thanks to the 2021 styling upgrades. Picture: SUPPLIED

Updates keep Alfa Stelvio at the top of its game

Mercedes GLC range touched up for 2020

The Japanese SUV competes in the same market as BMW X3, Mercedes-Benz GLC and Volvo XC60
Life
1 year ago
Next Article