The three-cylinder adventure bike is lighter, slimmer and more powerful 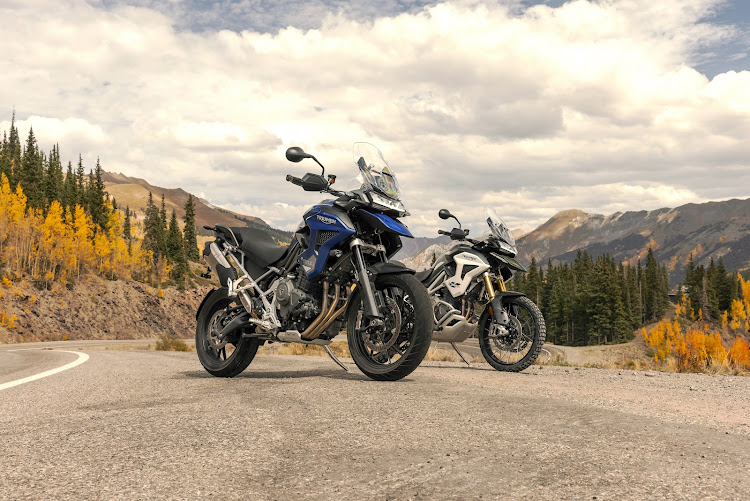 Triumph has unveiled its new-generation Tiger 1200, claiming it to be the market’s lightest and most agile large-capacity adventure motorcycle.

With new technology that includes a blind spot monitor, the flagship model of Triumph’s adventure range is headed for SA in the second quarter of 2022 in a four-model line-up priced between R285,000 and R335,000.

The shaft-driven, three-cylinder British machine is lighter, slimmer and more powerful than its predecessor which has been with us since 2012. It takes on rivals such as the KTM 1290 Super Adventure and BMW R 1250 GS in the popular adventure touring segment and, like the BMW, it has low-maintenance shaft drive instead of a chain.

With an all-new lightweight chassis the new Tiger 1200 has slimmed down by 25kg, giving it a wet weight of 245kg-261kg depending on variant.

The weight loss and an optimised centre of gravity transform how the Tiger 1200 rides and makes it the market’s most agile large adventure bike with great long-distance comfort, says Steve Sargent, Triumph Chief Product Officer.

A slimmer waist and more compact design makes it easier for riders to get their feet down, and both the seat height and windscreen are adjustable.

The new three-cylinder engine shrinks from 1,215cc to 1,160cc but gains more power and low-down tractability. It has increased 6.6kW in power and 6Nm in torque for outputs of 110kW and 127Nm. It also has a more characterful and distinctive soundtrack.

Power is transferred via a six-speed transmission with a Shift Assist feature that allows clutchless up and down gear changing. All models come standard with ABS brakes and traction control, and Showa semi-active suspension that continuously adapts the damping as the bike is ridden. The rider is also able to set up the bike with up to six riding modes that adjust the throttle response, ABS, traction control and suspension settings. 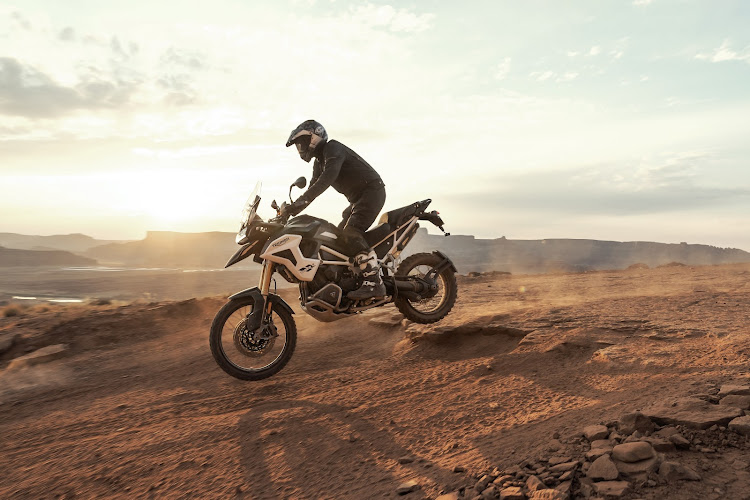 Triumph’s new 1200 claims class leading handling both on and off road. Picture: SUPPLIED

The Explorer versions in addition come with heated rider and pillion seats, tyre pressure monitoring system, and blind spot assist. Explorers have 30l fuel tanks (10l more than the Rally versions) allowing them to be ridden up to 698km between pit stops - a real advantage in out-of-the-way places.

A new design gives the Triumph Tiger 1200 a more upright stance, a minimal exhaust silencer, and twin radiators that help direct warm air away from the rider.

There are assorted accessories available including panniers, top box, and protection bars, and the bikes come with a three-year unlimited mileage warranty.

BMW’s R18 is a retro-styled thumper