McLaren ‘not sold to Audi’ but open to working with partners 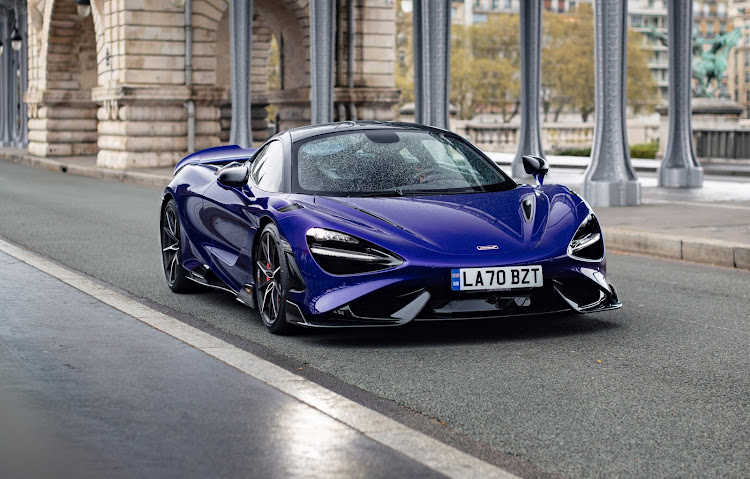 McLaren, which makes supercars like the 765LT, denies it has been bought by Audi. Picture: SUPPLIED

Berlin — McLaren Automotive on Monday denied a report that Volkswagen’s Audi had bought the company, but left the door open to technology collaboration “with relevant partners and suppliers.”

Audi told Reuters it was “looking at various co-operation ideas” but did not confirm whether it was discussing a possible sale with McLaren.

The statements followed a report from Autocar earlier on Monday that an acquisition agreement had been reached between Audi and McLaren.

“McLaren Group is aware of a news media report stating it has been sold to Audi. This is wholly inaccurate and McLaren is seeking to have the story removed,” a company spokesperson said, without responding directly to whether discussions were ongoing with Audi.

“McLaren’s technology strategy has always involved ongoing discussions and collaboration with relevant partners and suppliers, including other carmakers, however, there has been no change in the ownership structure of the McLaren Group,” they said.

Acquiring the carmaker would put a second supercar in Audi’s books alongside Lamborghini, which it has owned since 1998.

German publication Automobilwoche reported on Sunday that Audi was particularly interested in the Formula 1 division.

Like other carmakers, McLaren is battling with the challenge of electrifying its fleet without compromising on performance.

Its executive director for purchasing told Reuters in February the company was looking to generate revenue by selling some of its new technology to other automakers, including a new in-house produced carbon chassis to reduce the vehicle’s weight.

Still, a deal with Audi would give it a more comfortable financial backing to ease the transition to electric vehicles, which competitors like Volkswagen unit Bentley or Tata Motors’ Jaguar Land Rover can rely on.

The carmaker, set up in 2010 and 42% owned by Bahrain’s sovereign wealth fund Mumtalakat, partially recovered from a pandemic-driven slump in revenue in the first half of 2021, but still suffered an operating loss of £12.4m.

Mumtalakat declined to comment to Reuters on the possible Audi sale, referring back to McLaren’s statement.