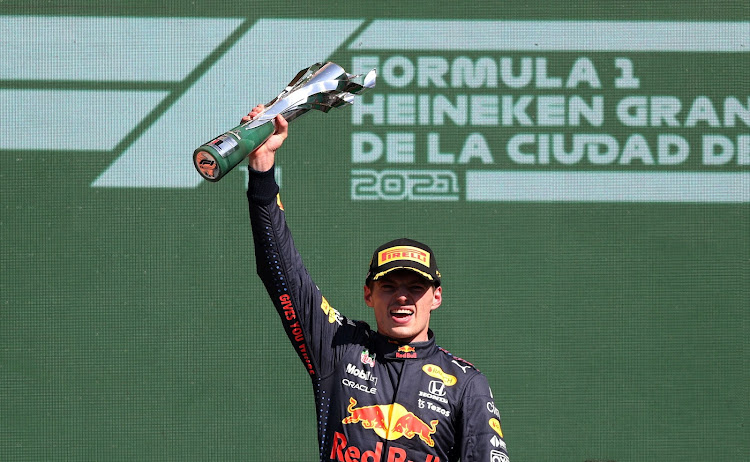 Red Bull’s Max Verstappen took a huge stride towards a first Formula One title on Sunday by winning the Mexico City Grand Prix with a start that showed all his bravery, skill and aggression.

Running three abreast on the long run down to the first corner, Verstappen displayed precision and nerves of steel as he braked late and took the two Mercedes cars around the outside to seize the lead.

“I knew the start was going to be really important and we went three wide towards turn one and it was all about who was going to brake the latest,” said the 24-year-old, who started third on the grid.

“Basically that made my race because after that I could just do my own pace and control it from there.

“There was not much they could do. They were already side by side and I just went three wide,” added Verstappen, who now has nine wins for the season to Hamilton’s five.

He took the chequered flag a hefty 16.555 seconds clear of Hamilton, who was only 1.197 seconds ahead of Red Bull’s local hero Sergio Perez and might have lost a place had they gone another lap.

They would have been equal had Valtteri Bottas not snatched the fastest lap from Verstappen right at the end, denying Red Bull the bonus point.

“Today’s been a massive day, a fantastic drive by Max. The most important part was the start. He nailed the start,” said team boss Christian Horner.

“I thought Max had missed his braking because he was so late on the brakes at turn one but he made it stick and from there really controlled the race. It was a very straightforward race for him.”

Despite the points gain, Verstappen was still refusing to get carried away.

“There is a long way to go. It’s of course looking good but also it can turn around very quickly but I’m looking forward to Brazil [the next race],” he said. “I have also very good memories there.”