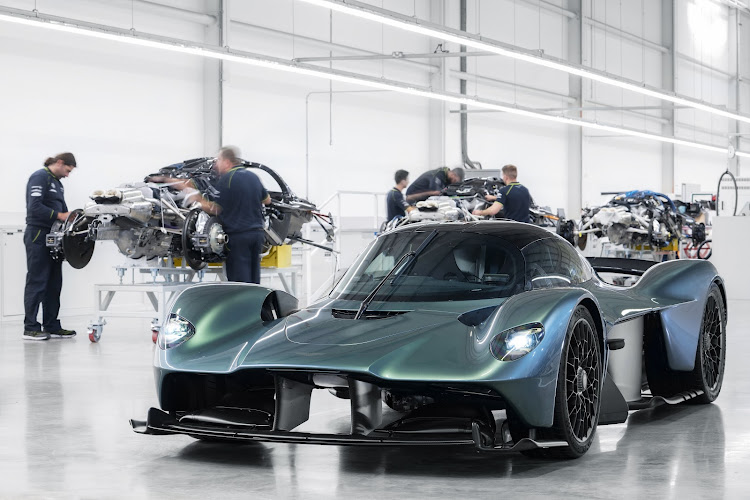 Aston Martin is about to deliver the long-delayed Valkyrie to its first customer.

Five years after being shown as a concept, the £2.5m (R51m) British hypercar has entered full production and the first customer car is now complete, with deliveries planned in the coming weeks.

Aston Martin CEO Tobias Moers commented: “It is an immensely proud moment for us to complete our first ever hypercar. The Aston Martin Valkyrie programme has tested everyone who has worked on it to the limit but the commitment to the dream has produced a truly incredible car, an F1 car for the road.”

Taking its name from Norse mythology, the Valkyrie is built at Aston Martin’s UK Headquarters in Gaydon and there will be 150 regular versions of the coupé built, as well as 85 Valkyrie Spider convertibles and 40 track-only Valkyrie AMR Pros. All of them have been allocated to buyers.

A dedicated project delivery team manages the build right through to delivery in a specially commissioned Valkyrie production area, with each Valkyrie taking over 2,000 man hours to create.

Before each Valkyrie is delivered, it is track-tested at the Silverstone racing circuit where much of the development of the hypercar has taken place.

It is the most powerful naturally-aspirated engine yet to be fitted to a road car, as well as the highest-revving. With a redline at 11,100rpm, the coupé screams like an F1 car from the 1990s and incorporates concepts and technologies taken directly from F1.

A collaboration between Aston Martin and Red Bull Racing, the two-seater features a striking aerodynamic exterior and an open underfloor that uses a Venturi effect to maximise downforce. Entry into the low-slung cabin is via gull-wing doors (coupé) or butterfly doors (spider), which like the rest of the body are made of lightweight carbon fibre.