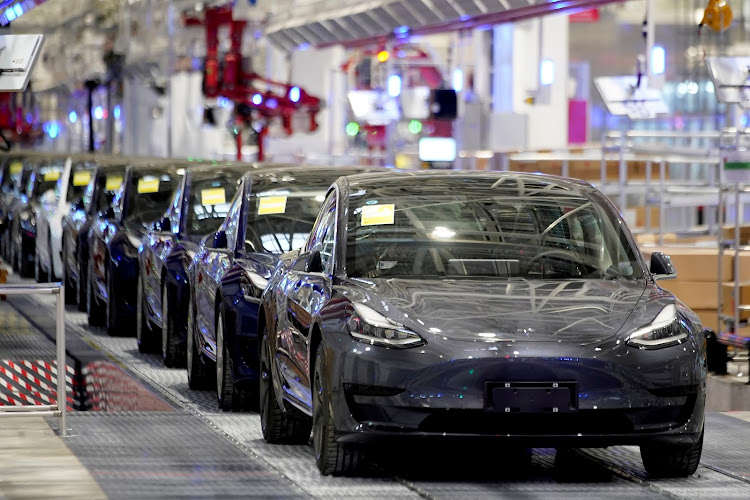 In the battery electric vehicle segment, Tesla’s Model 3 and Y ranked first and second, with Volkswagen's ID.3 in third place.

“The strong performance of the Model 3 is in part explained by Tesla’s intensive end-of-quarter sales push,” Jato said.

“September has historically been a strong month for the US manufacturer's registration results in Europe, on average accounting for 68% of its third-quarter deliveries since 2018.”

The landmark sales figures come as Tesla awaits final approval for its first European gigafactory in Gruendheide near Berlin, with CEO Elon Musk hoping production can start in 2021.

Tesla surpassed $1-trillion in market value on Monday after landing its biggest-ever order from rental car company Hertz, a deal that reinforced the electric car leader’s ambitions to top the entire auto industry in sales over the next decade.

Tesla is the first carmaker to join the elite club of trillion-dollar companies that includes Apple, Amazon, Microsoft and Alphabet.

Tesla shares surged as much as 14.9% to $1,045.02, making it the world’s most valuable automaker according to Reuters calculations based on its latest filing.

Most carmakers do not boast about sales to rental car companies, often made at discounts to unload slow-selling models. But for Tesla and its investors, Hertz’s decision to order 100,000 Tesla vehicles by the end of 2022 showed electric vehicles are no longer a niche product, but will dominate the mass car market in the near future.

Tesla CEO Elon Musk has set an annual sales growth target of 50%, on average, eventually reaching 20-million vehicles a year. That would be more than twice the volume of current sales leaders Volkswagen and Toyota.

Elon Musk is now the richest man in the world, with a net worth of about $252bn, comfortably ahead of Amazon founder Jeff Bezos’s $193bn
Companies
6 months ago