Range Rover teases ahead of next week’s full frontal 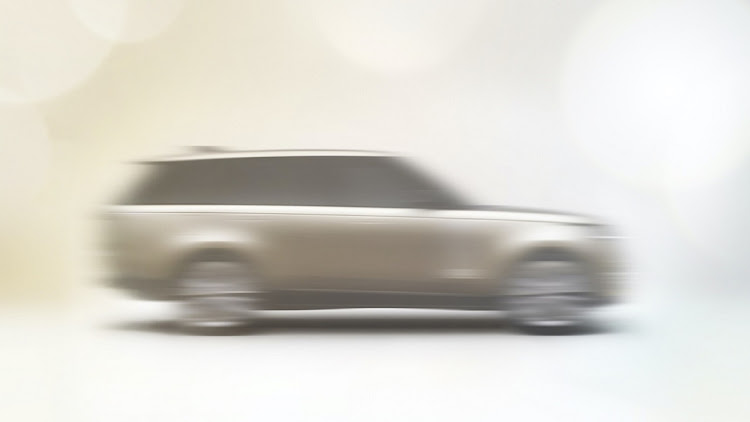 Land Rover has released teaser pictures of the new, fifth-generation Range Rover ahead of its world premiere next week.

The luxury SUV has served as the British brand’s flagship for five decades and is a favourite among royalty, politicians, business leaders and celebrities. The rival to the Mercedes-Maybach GLS and BMW X7 will be revealed on October 26 and go on sale soon afterwards.

Disguised prototypes have been seen testing in the UK and Europe over the past several months but the blurred profile shot above is the first officially issued by Jaguar Land Rover.

It reveals an evolutionary approach with a design that hasn’t strayed from the boxy styling of its forebears. Another picture shows a portion of the redesigned grille, but details of the headlights, tail lights and interior remain under wraps until the official unveiling.

Technical details are also slim, but it’s known that the new Range Rover will be made in standard and long-wheelbase versions as before, and that a new rear-wheel steering system will make its debut to sharpen the handling and make parking easier. A portion of the new Range Rover's grille. Picture: SUPPLIED

The range-topping model will reputedly be powered by a BMW 4.4l turbocharged V8 engine instead of the current 5.0l supercharged V8.

The cabin is likely to adopt the latest PIVI Pro infotainment system, and as per tradition the Range Rover should be a proper off-roader with height-adjustable air suspension and other terrain-taming technology.

“The New Range Rover is a vehicle with a peerless character, from the impeccable restraint of its exterior to the flawless tranquil sanctuary of its cabin,” said Gerry McGovern, Jaguar Land Rover’s chief creative officer.

“Informed by creative intellect and a desire for perfection, it doesn’t follow fashion or trend, but by a modernist design philosophy, combined with over 50 years of evolution, it is quite simply the most desirable Range Rover ever created.”

The British 4x4 will be sold through three dealers in Gauteng, Cape Town and Durban from next year
Life
2 months ago
Next Article