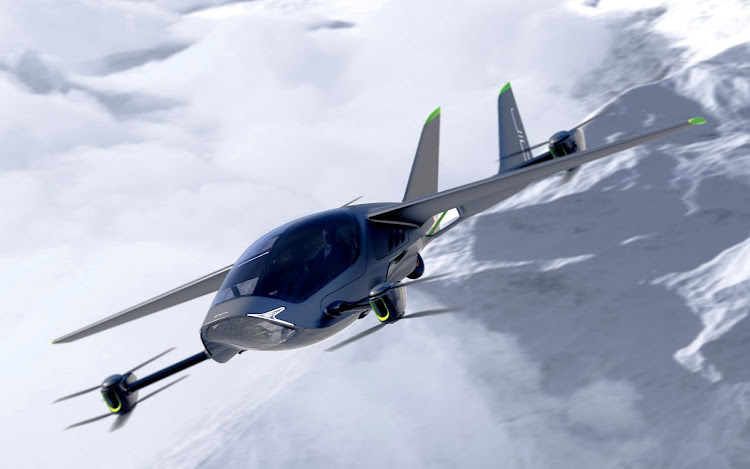 A rendition of the AIR ONE, a two-seater electric vertical takeoff and landing (eVTOL) vehicle that Israeli startup AIR aims to sell to consumers from 2024. Picture: REUTERS

Israeli start-up AIR on Tuesday unveiled its first “easy-to-operate” electric, vertical take-off and landing (eVTOL) aircraft that it plans to sell directly to consumers, predominantly in the US in 2024.

AIR has been working with the US Federal Aviation Authority (FAA) for two years and expects to obtain certification by the end of 2023 for the AIR ONE, a two-seater, 970kg eVTOL, which will have a flight range of 177km, CEO Rani Plaut said.

AIR raised seed funding of less than $10m last year and has been running unmanned tests of its vehicle. It is building prototype models and expects to sell its eVTOLs for about the same price as an expensive car, Plaut said.

An increasing number of investors and aviation companies have piled into the hot but yet-to-be-approved urban air mobility space and the number of eVTOL start-ups has proliferated.

Plaut said the difference with AIR is that it will be sold to consumers who can use its “fly by intent” software to operate it without being fully trained pilots.

“Our focus is entirely personal,” he said. “We're not talking about commercial flights, we’re talking about people using this as they use cars.”

The size of the US’s open airspace makes it a suitable first market for the AIR ONE. Plaut said demand could reach 15,000 vehicles a year.

AIR is raising additional funds to get through the FAA certification process, but did not disclose the amount.

After sci-fi has long promised them, air taxis from Uber and others are finally getting ready to take to the skies
Life
2 years ago
Next Article