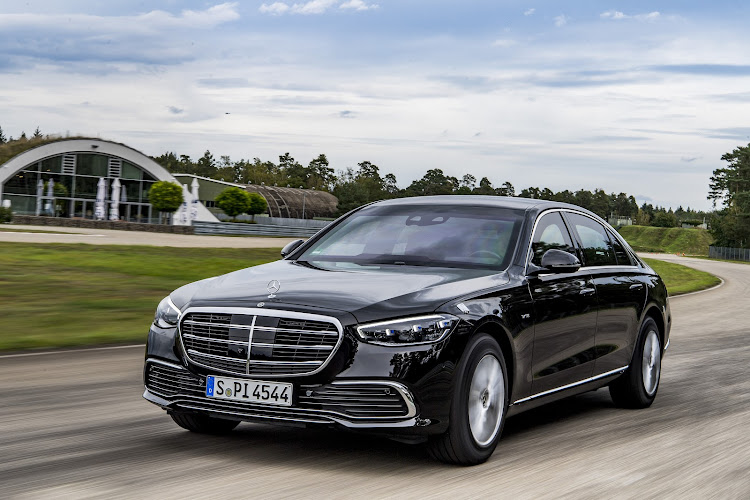 Inconspicuous protection while surrounded by luxury is what the new Mercedes-Benz S 680 Guard markets. Photo: SUPPLIED

Mercedes-Benz has announced the S 680 Guard 4Matic, the S-Class entrusted with looking after the luxury and safety of heads of state and business leaders. Based on the latest S-Class model, it’s available in four and five-seater versions.

Whereas protective materials were previously integrated into the standard S-Class body shell structure for the Guard saloons, a new Guard-specific integrated protection system of body shell protective elements has now been developed. This self-supporting protective cell meets the highest ballistic test level for civilian vehicles and is particularly resistant to explosive charges.

The suspension, engine and transmission are adapted to cope with the extra weight.

The multilayer glass is coated with polycarbonate for splinter protection, yet offers excellent visibility.

The new S-Class Guard meets the requirements of the highest civilian protection class, the body and windows tested to withstand fire from an assault rifle using armour-piercing ammunition and to offer protection against blast attacks using an explosive-resistant vehicles standard. 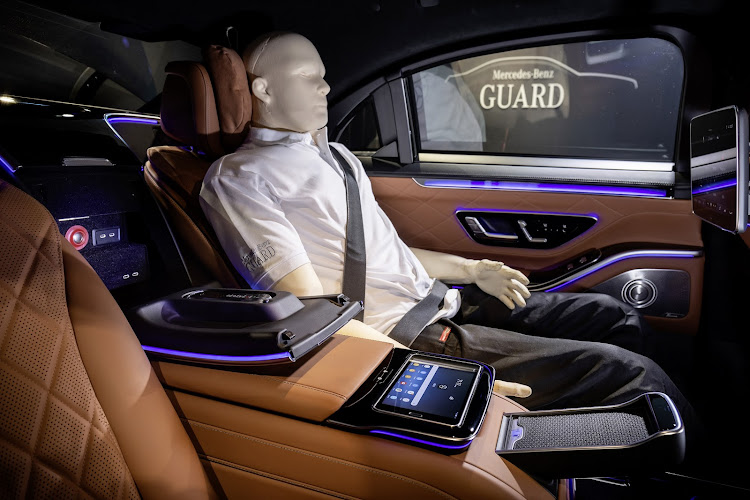 Biofidelic dummies with tissue and internal organs made of silicone and acrylic to mimic gunshot and explosive effects on humans were used to test the new S 680 Guard. Photo: SUPPLIED

The S 680 Guard 4Matic is said to be the very first vehicle to complete and achieve top scores in all three tests of roof, floor and side, with three out of three stars. The test result also revealed no injuries to dummies.

Space inside the protected shell largely corresponds to that of the long S-Class. Comfort and luxury also mirror the standard models with more than 80 customisation options available, from active ambient lighting and a media display featuring OLED technology to a first-class rear suite and rear airbag.

The mandatory drinks cooler moves from the boot to the inside as there's a firewall now between the boot and passenger cell and a sunroof is not available as it contradicts the pursuits of high-level protection.

There’s also a fire extinguishing system with automatic triggering function, an emergency fresh air system that protects occupants from penetrating smoke or irritant gases, while further options include a siren, flashing lights and radios, as well as a panic alarm system.

The S 680 GUARD is fitted with Michelin PAX run-flat tyres than can drive up to 30km while shot out. The flagship is powered by the 6.0l V12 biturbo motor with 450kW and 830Nm.

It’s the first S-Class Guard in 93 years to feature an all-wheel-drive system for optimal traction and driving safety. The 4Matic system is adapted to the higher vehicle weight with stronger side shafts. For weight reasons, the top speed is electronically limited to 190km/h.

Mercedes-Benz SA says it has no current plans to market S 680 models locally. 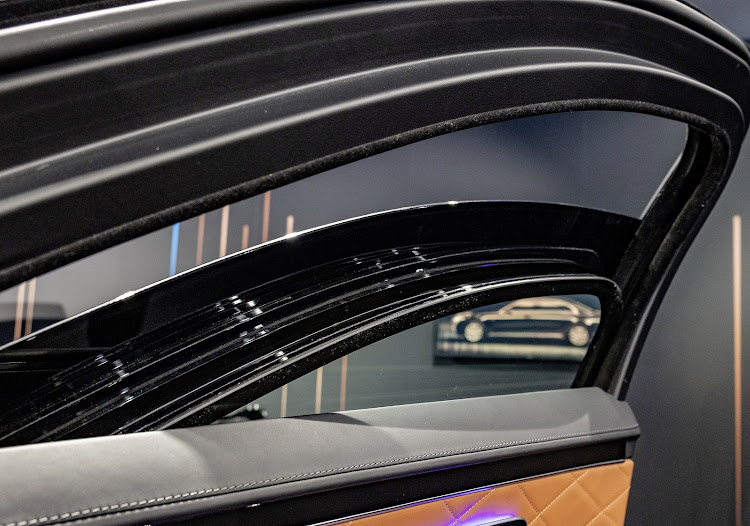