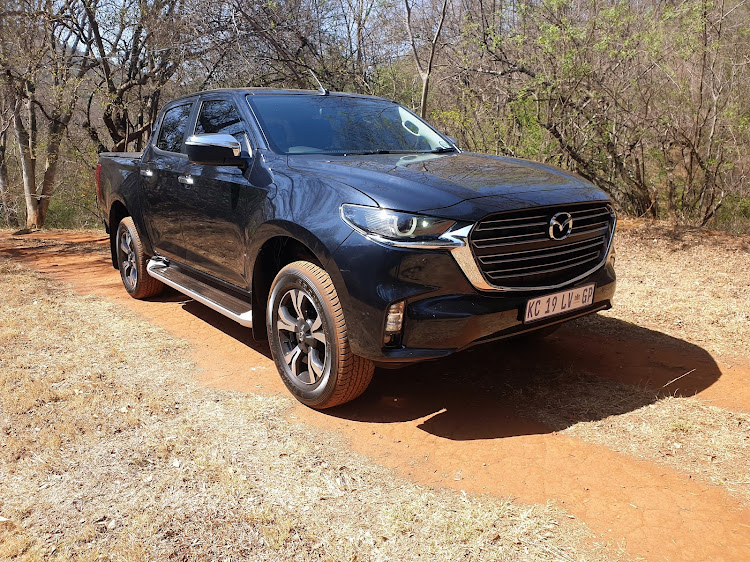 Mazda’s Ford Ranger-based BT-50 was long in need of replacement, and its sales slowed to a trickle as newer and more modern rivals were launched in SA.

The recent arrival of the new BT-50 was therefore keenly awaited, and this time Mazda’s double cab is the fruit of a joint effort with Isuzu, with the D-Max version of the vehicle to be launched shortly.

The BT-50 made its world debut in June 2020 and the units imported to SA are produced in Thailand. As before, the Mazda is sold only in high-end double-cab versions targeting the lifestyle market, with no single-cab workhorses offered, and the four-model range comprises 1.9l and 3.0l turbo diesels in a choice of 4x2 or 4x4.

Was Mazda’s bakkie worth the wait? Well, yes and no.

Let’s dive straight into that smart cabin and declare that it is a fine effort for the most part. Taking cues from Mazda’s SUVs, it has a stitched, soft-touch dashboard that radiates a deluxe feel. There are smart-looking metal buttons to complement the touch-operated digital functions, and ergonomically there’s little to complain about.

Some splashes of colour would be welcome to contrast the monochromatic grey, but overall it’s a premium-looking cabin. But what’s this, manually operated cloth seats? It isn’t necessarily a deal breaker, but not really what you expect at the R794,400 price, as electrically operated leather pews are the norm in this market segment.

That apart, there is not too much evidence of cost cutting in the range-topping Mazda BT-50 3.0 Individual 4x4 auto. It has most of the expected mod cons, including a large nine-inch touchscreen infotainment system with a reversing camera and all the required smartphone connectivity. Rear passengers are taken care of with a USB charging port and rear air ducts, and the back seat is among the roomiest in the business.

Wrapping that spacious cabin is a design that follows the Kodo Design language from Mazda’s cars and SUVs. Eschewing the burly, American-pickup style of many rivals, the BT-50 has a more svelte and sophisticated air about it, like a bakkie you’d be driving to the opera.

That air of sophistication takes a big knock when you drive this double cab on bumpy roads, however. Where its rivals manage to extract decent waftability out of leaf-spring rear suspension, the new BT-50 has an uncomfortably hard and bouncy ride akin to an old farm bakkie. It’s so shaky that one is tempted to wear a kidney belt when riding over some bumps, and for a bakkie that targets the lifestyle market, this working-class ride quality really misses the mark. 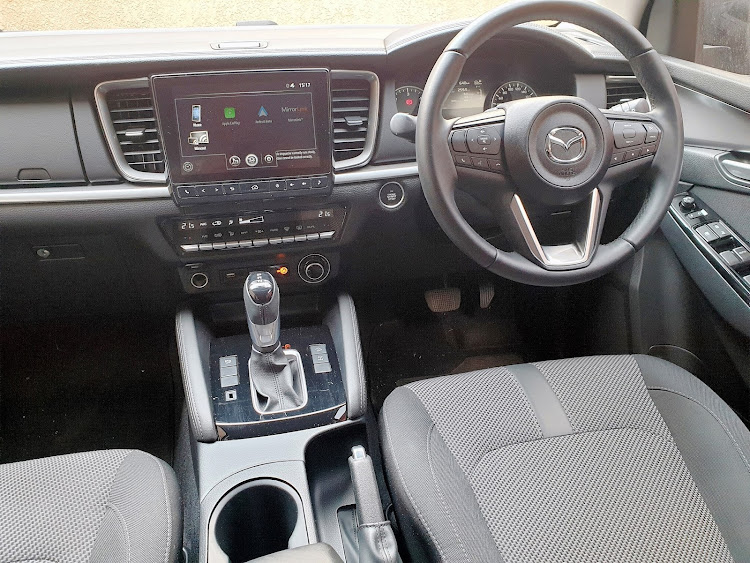 In addition to the bounciness, the engine sounds rather agricultural with a clatter that doesn’t generate sophisticated SUV vibes. The tractor-like sound is fortunately offset by decent performance, and with 140kW/450Nm it’s a fairly lusty bakkie that cruises and overtakes without much effort.

The new Isuzu-sourced four-cylinder 3.0l turbo diesel is linked to a six-speed automatic transmission and it’s a good pairing, with smooth shifts and no major turbo lag.

Its best feature is its fuel-sipping economy, with the test vehicle averaging 8.3l/100km, just slightly higher than the factory-claimed 8l. This was despite the vehicle being laden with a fair amount of heavy gear when we roped it in for a weekend camping trip.

The bakkie’s load bay swallows a large heap and the BT-50 can tow a braked mass of 3,500kg and 750kg unbraked, same as the opposition.

In addition to selectable four-wheel drive, the range-topping Mazda’s off-road repertoire comprises a rock-straddling ground clearance, hill-launch assist, hill-descent control, and a rear diff lock. If it wasn’t such a bone shaker on bumpy turf, it would make an appealing all-terrain adventurer.

That jolting ride is a deal breaker, especially in a bakkie that’s priced in the higher end of its market segment. Unfortunately, Mazda’s brought little to a highly competitive arena to justify that price tag, apart from its Kodo design and fancy interior (with cloth seats).

There isn’t enough here to poach customers from their Hiluxes, Rangers, Navaras and Amaroks. 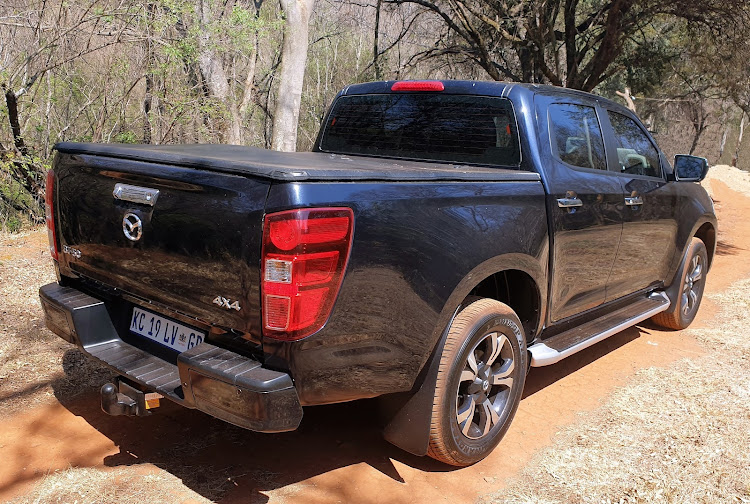 Too many better rivals

With 44 Ford Ranger models on sale, this one is a well-priced blend of work and leisure
Life
1 year ago