Having deployed the Raptor mostly on tarmac, we introduced it to tougher turf with unsurprising results 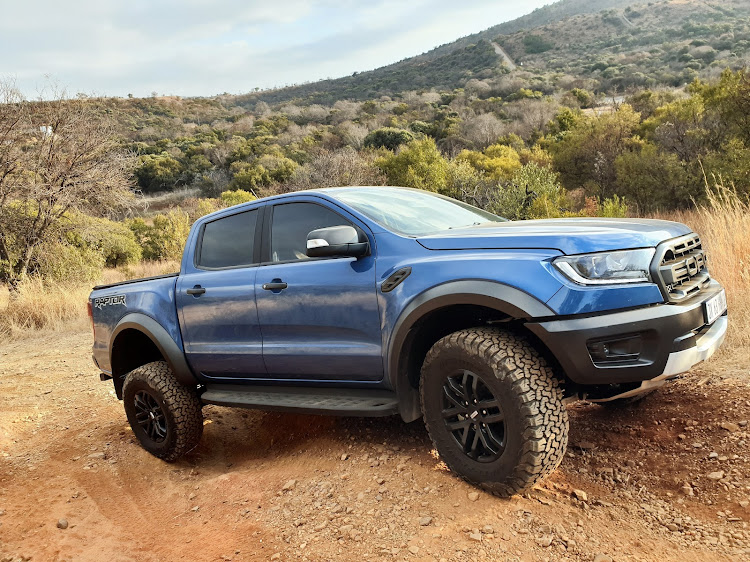 No turf has proven too tough for the Ranger Raptor. Picture: DENIS DROPPA

After three months with the Ford Ranger Raptor its on-road credentials, also tested with a 1,000-plus km trip, needs no further investigation. We know of its vices such as the 10l/100km consumption average, and it's tenaciously sticking to this figure. Its strengths include a cushy drive.

However, its standout skill is formidable terrain-taming. We know this as we have since taken its ample rubber and axle articulation to two separate off-road venues, and it flattened every challenge we threw its way.

The Raptor loped over deep ruts and embankments at Gerotek’s 4x4 tracks without breaking into a sweat or scraping its underbelly, its fox shock absorbers pitching it cosily while the wide and knobbly tyres doggedly clawed at the earth.

The 157kW and 500Nm four-cylinder diesel echoes this task, murmuring rather than screaming on challenging terrain. Kick it up a notch and activate 4Lo and diff-locks and it surges upwards with even more ridiculous ease.

Part of the Raptor’s mountaineering arsenal is hill descent control, a system which takes away the braking duties from drivers when inching down slopes. It’s both a safety and convenience feature in that when activated it uses the vehicle’s ABS brakes to individually retard wheels, instead of the old-hat reliance on engine compression.

The switch activated off-road equipment was demonstrated at another venue: Leeuwenkloof farm in the Magalies area, where Ford hosts newbie Ford Ranger and Everest owners and initiates them on how to use their steeds in off-road driving conditions. It's a complimentary service.

Here the attendees are presented with theoretical pointers and then let loose on the terrain using their vehicles. Putting the academic lesson to practise, the course includes a steep incline and rocky descent, and a path with deep ruts to showcase the axle articulation and how diff-lock works. Needless to say, the Raptor took to this course like a fish to water, leaving us to wonder if we will find terrain that will give a tough time.

It's due for its 15,000km service interval and we will include an intermittent Android Auto and USB port functionality in the list of things to be checked out by the technicians.

Meanwhile the search for a worthy off-road challenge for our Raptor continues. Give us recommendations if you have any. 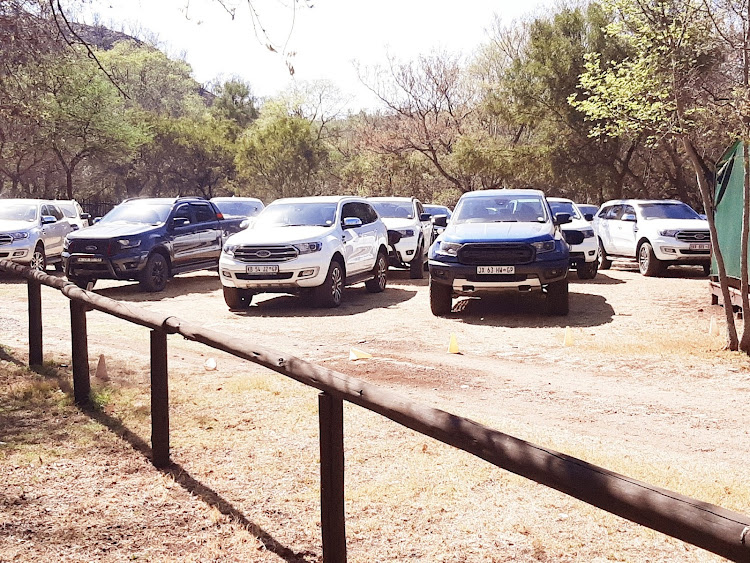 We joined a group of Ford Ranger and Everest SUV owners at an off-road driving course. Picture: PHUTI MPYANE

The factory-backed armoured bakkie protects against handguns up to .44 Magnum
Life
1 month ago
Next Article