The new range gets updated looks and adaptive suspension 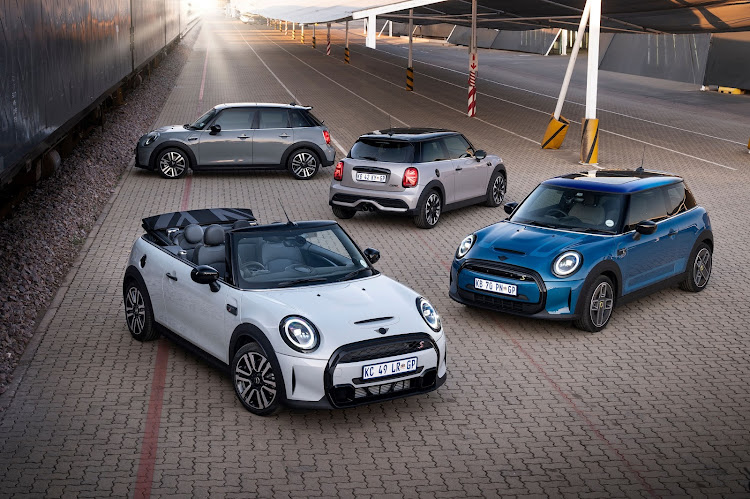 The Mini line-up of hatches and cabriolets has been revamped with fresher looks and new tech. Picture: SUPPLIED

The Mini Cooper hatch and cabriolet have been updated with external and interior tweaks for 2021, and are now available in SA.

A new piano-black grille outline gives the Minis a moustache effect. The bumpers get new air curtains for improved aerodynamics and new side scuttles that identify the model, while the fog lamps have been moved inside the round LED headlights that now get matrix technology for enhanced night driving.

The rear bumper too has been tidied up while all models now get the Union Jack light clusters.

You’d expect a Mini to be premium inside, and the updated range doesn’t disappoint. The basic look, ergonomics and quality in cabin remain, but there’s an evident layer of new organic sophistication brought on by a new steering wheel, sports seats, reduced chrome surfaces and redesigned air vents, among other rethinks.

The hallmark 8.8 inch touch-operated centre command screen still dominates proceedings and is now enhanced with new graphics. It’s user-friendly and works in conjunction with a mouse controller positioned on the centre console.

There is a choice of six interior mood lightings and the driver’s information binnacle is a five inch digital display.

The Mini Cooper range is available in 1.5l three-cylinder and 2.0l four-cylinder engines in different states of tune in either three- or five-door variants. My initial impressions of the vehicles driven in both urban and highway conditions were entirely favourable.

The entry-level One and Cooper models use the three-pot motor for outputs of 75kW/190Nm and 100kW/220Nm, respectively. They aren’t lacking in bite or refinement and are hooked to a seven-speed dual-clutch automatic transmission.

The Cooper S and JCW use a 2.0l four cylinder engine for 141kW/ 280Nm and 170kW/320Nm respectively. The S versions use the seven-speed dual clutch while in JCW form it’s a conventional eight-speed automatic. All drive the front wheels.

The more powerful versions are adequately tractable, emotive and surprisingly frugal. The Cooper S five-door I drove on launch averaged 5.6l/100km vs the 7.3l/100km consumed by the Cooper three-door hatch which I also drove.

The new Minis feel relaxed and almost BMW-like when romping about in city or highway conditions, but the famous go-kart texture is just a button press away, as adaptive suspension is available on Mini models for the first time. It’s said to optimise balance between sportiness and ride comfort through the use of continuous frequency-selective damping.

Damping forces can be reduced by up to 50% when in Sport mode for superior handling. This new damper technology is available for all model variants except the Mini One and the electric Mini Cooper SE.

All new Minis come with a two year/unlimited kilometre warranty and three year/75,000km service plans for the Mini One models and five year/100,000km for the rest of the models. 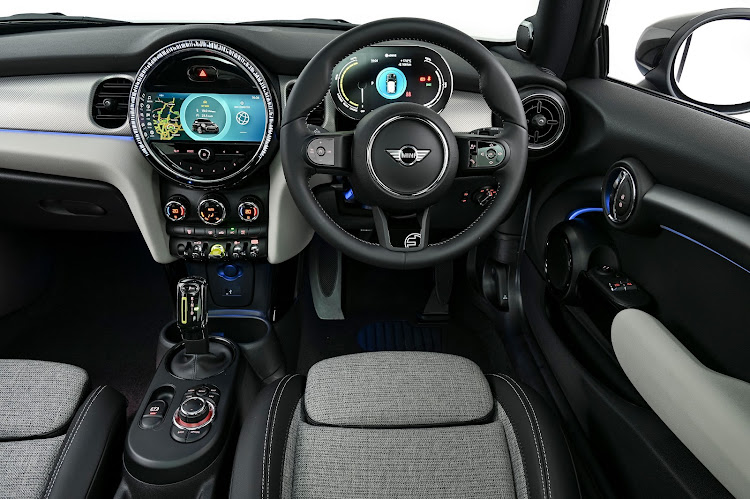 There's a discernible freshness in the updated interiors thanks to new materials and tweaks. Picture: SUPPLIED

French alternative has a not-so-obvious ace up its sleeve, writes Phuti Mpyane
Life
11 months ago

The Opel Rocks-e can be driven by 15-year-olds