Dean Berta Vinales crashed along with three other riders at turn two, forcing the director to red flag the race 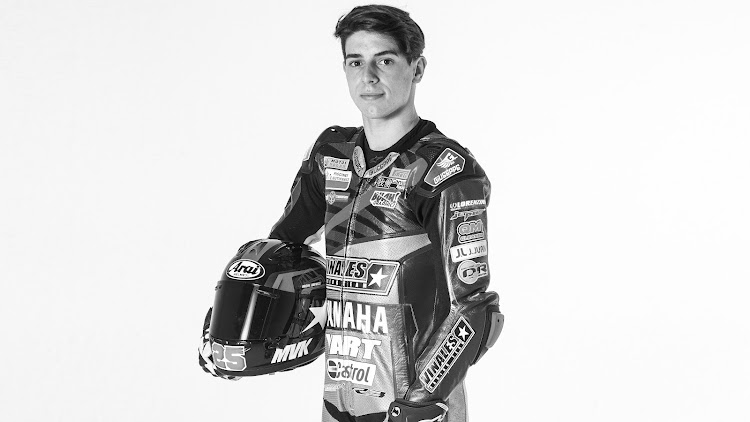 Fifteen-year-old Dean Berta Vinales died after a crash in the Supersport 300 support race of the World Superbike Championship in Jerez, organisers said on Saturday.

The race was 11 laps old when Spaniard Vinales crashed along with three other riders at turn two, forcing the director to red flag the race.

“After a serious incident during WorldSSP300 Race 1, Dean Berta Vinales has sadly succumbed to injuries,” World Superbike said in a statement.

“The rider suffered severe head and thoracic injuries. Medical vehicles arrived at the site immediately and the rider was attended to on track, in the ambulance and at the circuit medical centre.

“Despite the best efforts of the circuit medical staff, the medical centre has announced that Berta Vinales has sadly succumbed to his injuries.”

The race and the remainder of Saturday’s action were cancelled.

Vinales is the cousin of MotoGP rider Maverick Vinales and he rode for the Vinales Racing Team.

“We’re devastated by the tragic loss of @DeanBerta21 after a crash in #WorldSSP300 Race 1 today,” MotoGP wrote on Twitter.

“Sending all our love and strength to Maverick Vinales and Dean’s entire family, his team and loved ones.”

Following his controversial exit from Yamaha, the Spaniard is back in action this weekend
Life
1 month ago

Frenchman closed the gap in the final laps, as SA's Brad Binder recovers to ninth after starting 17th
Life
1 month ago

Franco Morbidelli returns for the weekend’s San Marino race  after recovering from knee surgery, while Andrea Dovizioso replaces him at Yamaha’s ...
Life
1 month ago
Next Article