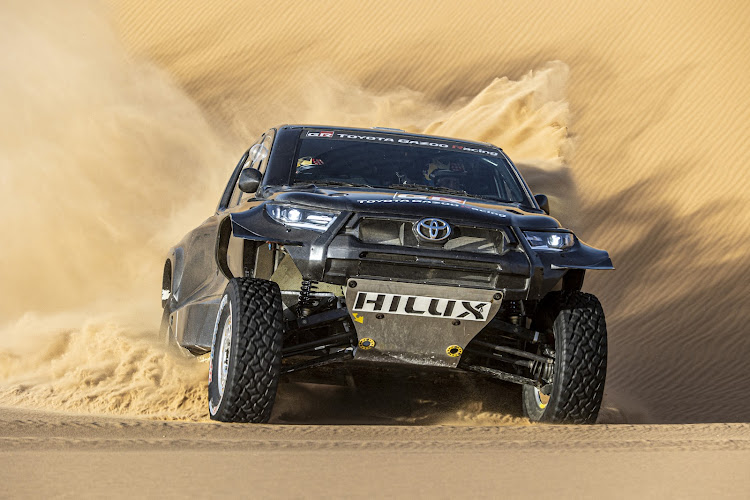 The prototype Dakar Hilux is undergoing testing in preparation for an official reveal later in 2021. Picture: SUPPLIED

Toyota Gazoo racing will enter a four-crew team in the 2022 Dakar Rally in Saudi Arabia.

They will drive an all-new Toyota GR DKR Hilux T1+ conforming to the updated regulations for the T1 category, which the team hopes will give them a better chance at victory. The prototype car, in temporary raw carbon fibre finish, is undergoing testing in preparation for unveiling later this year. 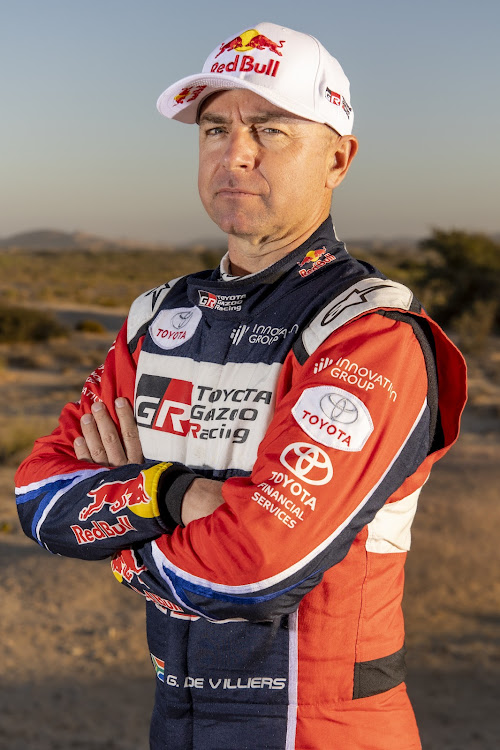 Building on the experience from Dakar 2021, the team will continue to field a mix of experienced specialists, such as Al-Attiyah and De Villiers, while cementing Lategan as an up-and-coming force in the sport. Variawa will be aiming to improve on his 21st position at the previous race.

Three-time Dakar winner Al-Attiyah finished second this year, behind Mini’s Stephane Peterhansel. De Villiers, the 2009 victor with Volkswagen, finished eighth this year after suffering numerous punctures, and hopes to move further up the grid in 2022 with the larger and more robust tyres allowed by the new regulations.

In his Dakar debut, Lategan crashed out of this year’s race after posting highly competitive times in the early stages, and has been earmarked as a potential star.

In addition to tyres width being increased to 36 inches from 32 inches, the racing Hiluxes have a host of improvements including more suspension travel. The 5.0l normally-aspirated V8 engine has been replaced by a 3.5l twin-turbo V6.

Dakar 2022 will again be based in the Saudi Arabian desert. It starts on January 2 in Ha’il and ends in Jeddah on January 14.

The car brand is launching its own purpose-built platform, called Toyota Gaming Engine (TTGE)
Life
1 month ago
Next Article