Dutch driver handed three-place grid punishment for the next round, in Russia 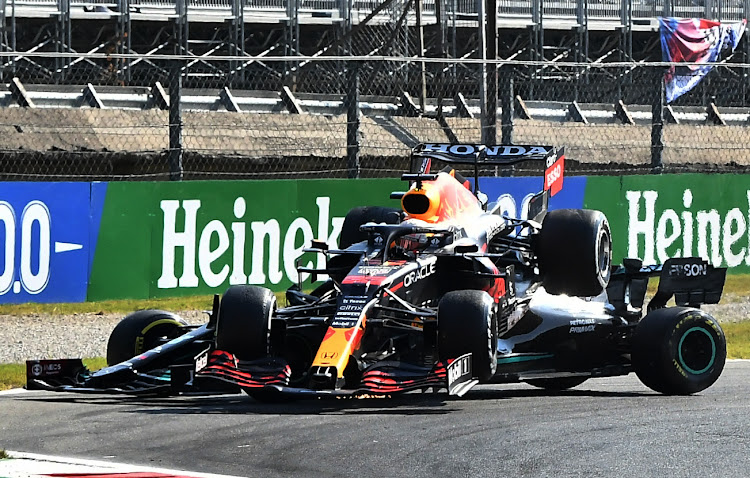 Stewards handed Red Bull’s championship leader Max Verstappen a three-place grid penalty for the next round in Russia after his car landed on top of Lewis Hamilton’s Mercedes, with the rear tyre hitting the champion’s head.

The halo protection device, a titanium ring about the cockpit, took most of the affect in a crash that left both drivers out of the race at Monza.

“I feel very, very fortunate today thank God for the halo. That did ultimately save me, you know, and saved my neck,” seven times world champion Hamilton told reporters.

“I think it’s a racing incident and thankfully no-one was injured today,” he said after a race that ended in a McLaren one-two with Australian Daniel Ricciardo the winner.

The Red Bull driver had lost 11 seconds to a slow pit stop that dropped him down the order and when Hamilton pitted later the Briton emerged from the pitlane a fraction ahead.

The cars ran wheel-to-wheel and made contact at the first chicane, the Red Bull lifting off the kerb and into the air with both ending up in the gravel.

“I made sure I left a car’s width on the outside for him, I went into turn one and I was ahead and going into turn two and then all of a sudden he was on top of me,” said Hamilton.

“He just didn’t want to give way today and he knew when he was going into two what was going to happen … but he still did it,” the British driver told Sky Sports television.

“If he would have left me just a car width we would have raced out of turn two anyway and I think he would have probably still been in front. But he just kept on pushing me wider and at one point there was nowhere to go.”

The title rivals also collided at Hamilton’s own British Grand Prix when Verstappen ended up in hospital for checks and Hamilton took the win.

“It was clear for Max that it would end up in a crash,” said Wolff.

Sunday's race was the shortest ever, with Red Bull's Max Verstappen taking the win after three laps
Life
9 months ago
Next Article