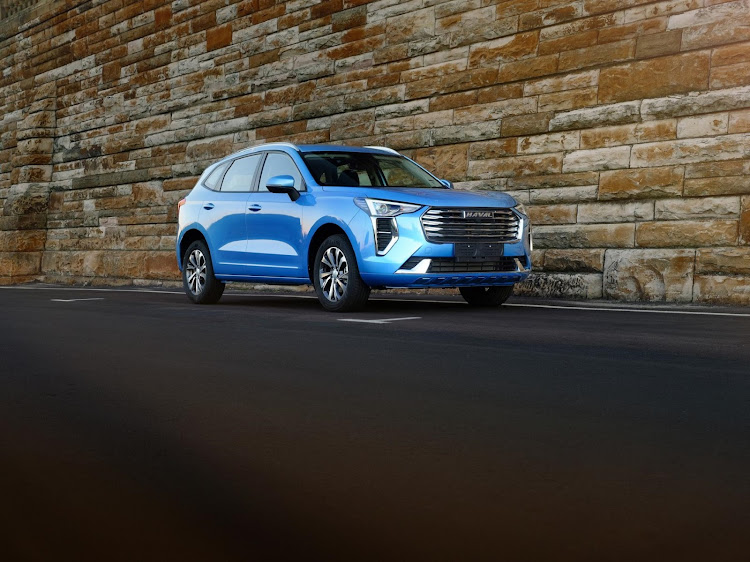 Vehicles like the new Haval Jolion are turning the tide for Chinese vehicles. Picture: SUPPLIED

Europeans and other western nations have dominated automotive excellence for over a century.

Whether it is the satisfying thud of the door closing on a Volkswagen from Wolfsburg, or the beauty of a Ferrari from Modena, these brands are iconic — and very lucrative for their manufacturers. When we think of reliability, the Germans, and latterly the Japanese, have had it sewn up.

But if you rest on your laurels, an upstart will soon be chasing at your heels.

The Chinese are not exactly upstarts in the traditional sense: it’s more than a decade since they surpassed America to become the most prolific carmakers in the world. But despite reaching that milestone in 2008, China’s cars were still mostly clones of cheap western vehicles.

Now, however, China is arguably producing the best cars in the world, and is on track to dominate auto manufacturing. How did this happen, and will the West be able to regain its crown?

The centre of excellence in car manufacturing moved from Europe at the turn of the 1900s to the US with the growth of Detroit as the world’s auto powerhouse. The 1980s and 1990s saw Japan and South Korea surge ahead, only for Europe to rise again in the early noughties as Volkswagen duelled Toyota to be number-one manufacturer by output.

Each continent has added its own flavour along the way, from innovation in safety in Europe, to volume production in the US, to lean manufacturing in Japan. It was Toyota’s manufacturing systems that saved German-owned Porsche when it was facing dire business conditions in the 1990s, for instance.

China has gradually built its auto-making capabilities during these different eras. It originally began making Soviet-designed utility vehicles under licence in the 1950s, before its state-owned companies reached similar arrangements in joint ventures with western manufacturers such as General Motors and Volkswagen in the 1980s. This produced cars that were far better designed and more sophisticated, and soon China’s roads were becoming choked with western clones.

But if that steadily elevated China to number-one world carmaker by output, it can now go one better. The goal for any automotive nation is to produce vehicles of outstanding quality at the lowest possible price, simultaneously delighting the owner with innovative features and good design.

Vehicle quality is both about simple reliability and also what we would describe as build quality: how well the vehicle is finished, the uniformity of the paint finish, how well the different panels on the body align, and even — as Volkswagen made famous — the sound the doors make when they close.

Japanese and Korean vehicles have dominated reliability, while build quality has been the preserve of the Germans for mass-manufactured cars, and British names like Rolls-Royce and Bentley at the luxury end (ironically both are owned by the Germans).

China is now a major threat on both fronts, having had the advantage of maturing most recently: as each new nation learns to produce vehicles at scale, they benefit from all the learning and technical developments that have gone before. Incumbent nations would have to start from the ground up to unlock these benefits, which is an enormous upheaval and expense. Many US car plants were built in the 1950s or even before, for instance.

China is also well placed to build cars for the right price. It still pays relatively low wages and has millions of skilled workers steeped in the nation’s strong manufacturing culture. Skilled workers are vital to reducing automotive costs because they make vehicles that need fewer adjustments or rebuilds.

China also has excellent shipping links, with many auto factories close to Shanghai, the world’s largest shipping port. This includes Tesla’s gigafactory, one of the largest facilities in the world, capable of producing about 2,000 cars daily. Getting the product out, shipped and with the customer quickly reduces costs because manufacturers get paid sooner.

Also crucially important is China’s huge components supply-chain, which is already a large exporter of car parts to other nations. This all adds up to huge economies of scale that don’t exist anywhere else, and are difficult to replicate.

Admittedly, some Chinese vehicles in the past decade have not had the design or performance expected by western buyers, so have not sold in enough volumes in Europe to worry the establishment.

Yet this is changing rapidly. Start-ups like Polestar (owned by Volvo) are building vehicles that combine excellent build quality and the safety features, design and performance that western buyers demand. Sales of the Polestar 2 electric SUV have actually outpaced the Tesla Model 3 in Sweden and Norway at times, albeit the Model 3 is still the bigger seller overall.

Comparing vehicles that are built both in the West and China is particularly illuminating. Tesla’s Model 3 and Model Y cars are both built in the US and China, and owners in Europe have reported that the Chinese versions are better. I hear that their all-important panel gaps tighter and fewer trips to the repair shop are required.

Yet Chinese-designed and built vehicles are not far behind in their design (if not equal), and starting to invade European markets. Xpeng is one Chinese start-up that only produces electric vehicles.

Having sold well in China, it is making its first moves into Europe via Norway with its G3 model. Reviews of this compact SUV by the established auto press have been good. Meanwhile, Nio is another Chinese manufacturer making great strides in becoming a global name in pure electric vehicles.

It is early days for these entirely Chinese-designed cars to take on the establishment, and there is always the possibility that geopolitics upsets progress, but it finally seems that all the ingredients are there. The next revolution in automotive is replacing petrol and diesel vehicles with electric. With all of China’s advantages, it could yet lead this shift, and finally become the home of the best cars in the world.

Chinese car brand Chery to blossom back in SA in 2021

The Chinese brand first opened its local doors back in 2008. It marketed the Tiggo compact SUV and the Chery QQ hatchback before making a quiet exit ...
Life
10 months ago

This Chinese car doesn't have much BAIC for your buck

It’s easy to drive, not unattractive and it’s fuel consumption is good, but push it a little on the open road and things start getting noisy
Life
3 years ago

Chinese car impresses with refinement and keen pricing, if not its bleeping safety systems
Life
1 year ago
Next Article