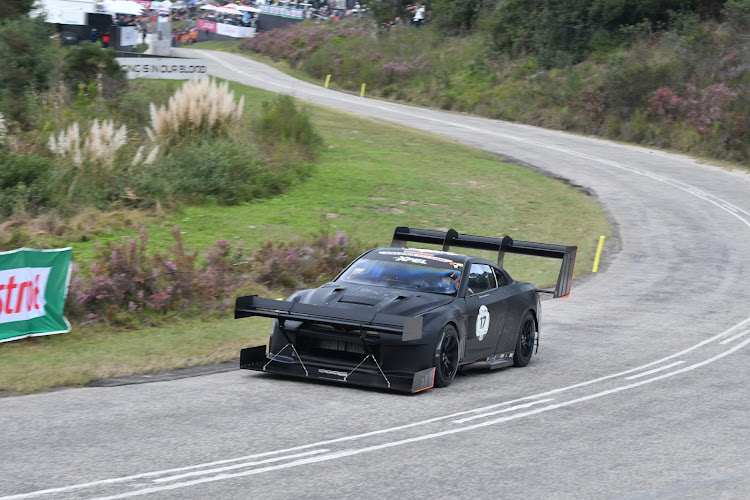 The nation will have a free-peak of wild things like this Franco Scribante’Nissan GT-R which won 2019’s King of the hill title at the Knysna Hillclimb.
Image: Supplied

The SABC will screen the Simola Hillclimb live at the weekend thanks to a four-year partnership between the public free-to-air broadcaster and event organisers announced on Wednesday.

The deal marks the return of live SA motorsport on SABC for the first time in 30 years. The coverage will include crossings on all three days of the event across the broadcaster’s platforms, including its premier SABC3 Sports Arena show, OpenView and DTT services. In addition, a one-hour highlights package will be screened in the weeks after the event.

The class finals and Top 10 Shoot-out of Classic Car Friday and King of the Hill will be screened in full on Friday on the SABC Sport Channel (SABC DTT/OpenView Channel 124/TelkomOne) and on Sunday on SABC3 Sports Arena from 2pm. Sports Arena will also feature several crossings on Saturday,  the day’s practice and qualifying rounds. These crossings will also be screened on the SABC Sport Channel (SABC DTT/OpenView 124/TelkomOne).

“I’m really excited about being able to bring local motorsport back to SABC TV after many years,” said Gary Rathbone, general manager of SABC Sport. “Iconic events like the Simola Hillclimb are at the heart of the SA motorsport experience and will resonate strongly with ‘petrolheads’ across the country. It’s also part of the SABC’s drive to cover a wider range of SA sporting interests and be there as a broadcaster for all of our sports fans.”

Ian Shrosbree, MD of Knysna Speed Festival, the owner of the Simola Hillclimb said the agreement “is a game-changing partnership for the Simola Hillclimb as it will bring the event to an incredibly broad spectrum of the population who previously could not access our live stream feed due to bandwidth restrictions, or our highlights shows on subscription channels due to the cost.

“With Covid-19 restrictions not allowing any spectators at the hill climb, this coverage takes on even bigger significance in allowing us to bring the event to our fans and millions of new viewers who will hopefully also become fans.”

“The fact that this agreement covers the next four events gives us a great platform to continue building the Simola Hillclimb into one of the world’s premier hill-climb events.”

The 2021 Simola Hillclimb takes place from September 3-5, starting with Classic Car Friday, followed by King of the Hill on the Saturday and Sunday.

The event is closed to spectators, but to ensure that fans are able to remain part of the action, the entire event will also be live-streamed via the website (www.simolahillclimb.com) and Facebook page (www.facebook.com/SimolaHillclimb). 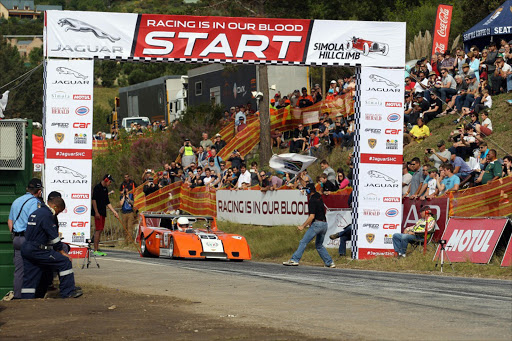 Live local motorsport events have been off SA screens for more than three decades.
Image: Supplied

Single seaters and supercars are aiming to beat the 35.528-second benchmark in Knysna at the weekend
Life
3 weeks ago

With the event in Knysna postponed to September, enthusiasts can now race the digital version
Life
6 months ago