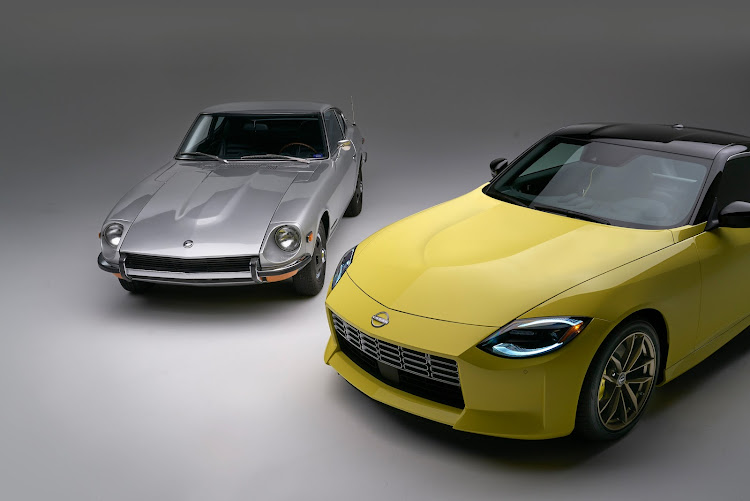 The styling of Nissan's new Z model pays homage to the iconic Datsun 240Z on the left. Picture: SUPPLIED

Nissan has taken the wraps off the latest generation of its Z sports car, which will come with a 3.0l petrol twin-turbo engine and a manual transmission, a throwback in a world that’s rapidly moving to electric vehicles.

“We just listen to our fans,” Nissan COO Ashwani Gupta said on Tuesday. “The customer has asked for 400 horsepower (298kW) and a manual transmission.”

A nine-speed automatic transmission will also be offered, a nod to drivers who do not want to shift the gears themselves.

The new Z will go on sale in the US in the first quarter of 2022, as Nissan tries to accelerate a financial turnaround. The Japanese automaker reported a profit for its fiscal first quarter ended June 30.

The sporty Z has served as the avatar for a Nissan turnaround in the past. In 1999, a sleek prototype of a new generation of the car helped revive consumer interest in the Nissan brand after the company was rescued by French automaker Renault SA. 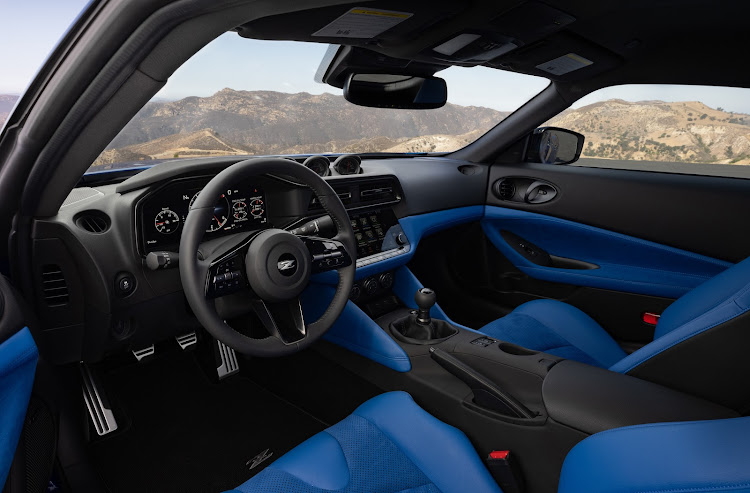 Nissan has said it will offer electric options in all its models by the early 2030s, and joined with US automakers in endorsing the US President Joe Biden’s goal of boosting electric vehicles to 40%-50% of US new car and light truck sales by 2030.

The latest Z model debuts at a challenging moment for the auto industry. Shortages of semiconductors and a surge in the Delta variant of the coronavirus are complicating automakers’ plans to launch new models.

With outputs of 298kW and 475Nm, the Nissan Z gets a major power hike over its 370Z predecessor, which had a normally-aspirated 3.7l V6 engine wielding 245kW and 362Nm — though Nissan hasn’t yet revealed any performance figures.

Both new models will be paired with a launch control system. Agility is improved with a more rigid body, wider front tyres, and electronic power steering with rack assist and a strong mechanical feel. 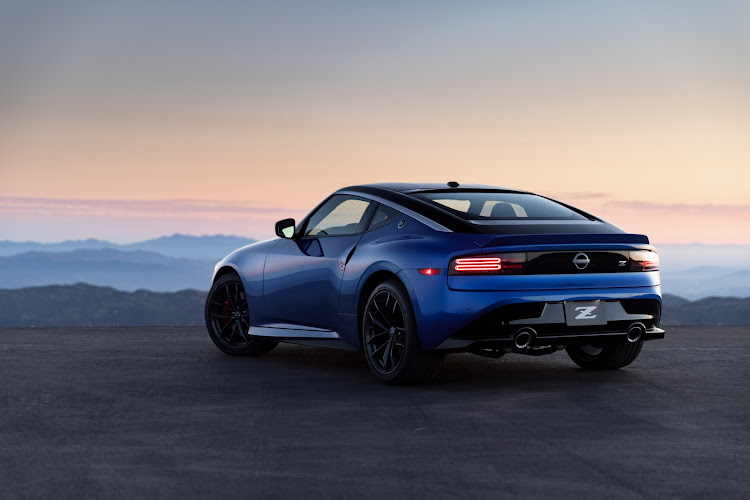 The new Z's styling is a nod to the iconic Datsun 240Z from 1969 with its classic long bonnet and short rear deck. Picture: SUPPLIED

The styling is a nod to the iconic Datsun 240Z from 1969 with its classic long bonnet and short rear deck, while the LED headlights have two half-circles that hark back to the Fairlady 240ZG of the 1970s that was available only in Japan. The modern LED tail lights recall the design of the Z32 Nissan 300ZX.

Other highlights include a vintage-look, deep-spoke steering wheel and suede-backed sports seats.

Nissan SA has yet to confirm whether the new Z will be sold locally.

The two-door sports coupe is user-friendly, luxurious and fun to drive fast or slow
Life
2 years ago

Is the difference more than skin deep? We line up the two-seater cousins to find out
Life
2 years ago
Next Article