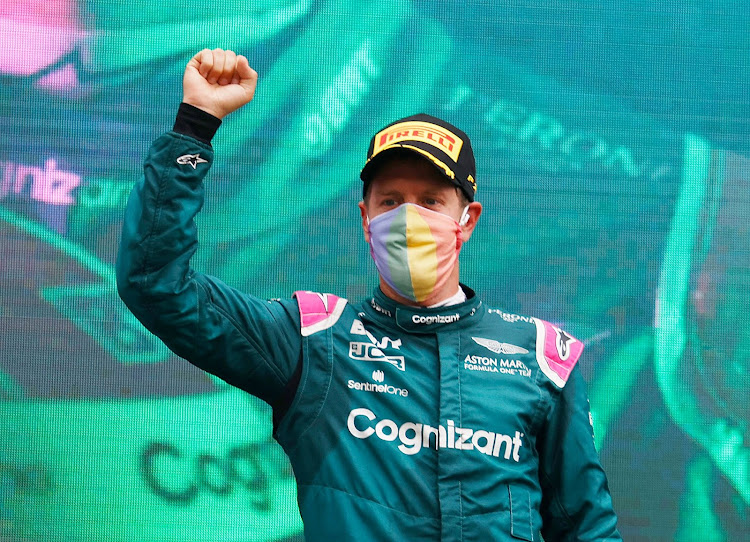 Sebastian Vettel was stripped of second place after a required litre of fuel could not be extracted from his Aston Martin. Picture: REUTERS

The German, a four-times world champion, was stripped of second place after a required litre of fuel could not be extracted after the August 1 race won surprisingly by Alpine’s Esteban Ocon.

The Aston Martin team still have a separate appeal outstanding and said they were considering their position.

The stewards said after a video hearing that Aston Martin had discovered a malfunctioning fuel system, “which would have resulted in the ejection of fuel during the race”, was to blame.

Aston Martin had previously said there should have been 1.44l left in the car, according to their calculations.

“In the original decision, the stewards only assumed the fact that there was not enough fuel in the tank. The question of what caused that situation was left out of consideration,” the stewards said, explaining their decision.

“The F1 technical regulations unequivocally calls for a remaining amount of one litre and does not allow any exceptions under which circumstances or for what reasons it could be dispensed with.”

Aston Martin had asked for the review on the grounds that they had discovered “significant new evidence” which had been previously unavailable to them. This turned out to be analysis of more than 100 channels of fuel system-related data, which stewards accepted had brought a new element to light in the failure of the fuel system. They added, however, that this was not relevant to the decision.

“In order to be able to affirm a ‘relevant’ fact, Aston Martin would have had to present facts that actually more than one litre of fuel was remaining,” the statement said. “The explanation why this requirement could not be met is not relevant to the decision as to whether a breach of the regulations has occurred.”