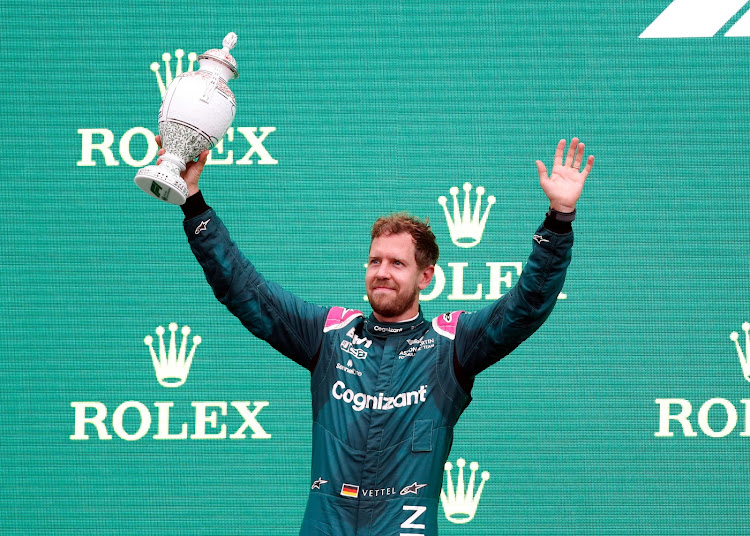 Sebastian Vettel, who was stripped of his second place in Sunday's Hungarian Grand Prix. Picture: REUTERS

Formula One team Aston Martin intends to appeal the disqualification of four-times champion Sebastian Vettel from the Hungarian Grand Prix on Sunday, with the exclusion costing the German a second-place finish.

Vettel had crossed the line 1.8 seconds behind first-time race winner Esteban Ocon’s Alpine but was disqualified as only 0.3 litres of fuel could be extracted from his car instead of the one litre mandated by the rules for a postrace sample.

“The stewards have received a notice of intention of appeal from Aston Martin Cognizant F1 Team…” a note from the stewards reads.

“In this context, the FIA technical department representatives were asked by the stewards to seal and impound Car 5 until such time as the notice of appeal is received or the FIA International Court of Appeal makes any determinations as relevant.”

The notice from stewards disqualifying Vettel reads that Aston Martin team principal Otmar Szafnauer had stated that there should be 1.44 litres of fuel left in Vettel’s tank, based on the amount of fuel consumed as measured by a meter that is fitted to all cars.

But, despite being given “several opportunities” the team were unable to pump more than 0.3 litres out of the car.

Vettel’s disqualification from his second podium finish of the season elevates Lewis Hamilton, who had fought his way up from last to third, up to the runner-up spot.

It also handed the Mercedes driver an eight-point lead over Red Bull title rival Max Verstappen, who himself picked up an extra point after being promoted to ninth.

It also hands Ferrari’s Carlos Sainz, who had finished fourth, his second podium finish of the season after the Spaniard finished behind race winner Verstappen in Monaco.