Life is like a box of chocolates; you never know what you’re going to get. For instance, an Airstream caravan owned by actor Tom Hanks.

This highly collectable piece of Hollywood memorabilia will go under the hammer at the Bonhams Quail Lodge Auction in the US on August 13.

Airstream is an American brand of caravan — known as a “travel trailer” and recognisable by its streamlined shape and polished aluminium skin — dating to the 1930s. With nicknames such as “silver bullet” and “silver twinkie”, it is as much part of US culture as baseball and apple pie, and for decades Nasa has used a fleet of Airstream motorhomes to transport astronauts to the launch pad. 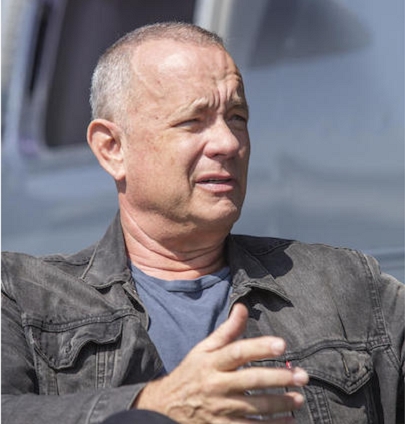 Hanks is parting with his Airstream after using it on movie sets for almost 30 years. Picture: SUPPLIED

Hanks acquired this 1992 triple-axle Airstream Model 34 Limited classic to relax between takes on movie sets. For nearly 30 years it was his home away from home while he filmed blockbuster movies such as Forrest Gump and Angels and Demons. The 10m Airstream travelled thousands of kilometres across America serving as a mobile refuge in which Hanks would rehearse his lines, entertain fellow stars and enjoy downtime.

The caravan is adorned with memorabilia from Hanks movies, including Apollo 13 and Castaway, and his autograph.

The caravan is adorned with memorabilia from Tom Hanks' movies including Apollo 13 and Castaway, as well as his autograph. Picture: SUPPLIED

Hanks is parting with his Airstream because “movies move faster now” and he doesn't have as much time during set-ups.

“I got it in the days when movies moved slower,” the multiple Oscar winner told Bonhams magazine: “I had spent too much time in regular trailers with ugly décor and horribly uncomfortable furniture, so I decided to buy a brand-new Airstream shell with an interior made to my own request.”

This includes a “Hollywood lights” mirror in the compact bathroom, furniture and accessories including dishes, glasses, several espresso makers, kitchen equipment, and teak chairs and table. The Airstream also has electric levelling jacks, a roll-up patio awning, a pair of propane tanks, and a generator to power the air conditioning and water heater.