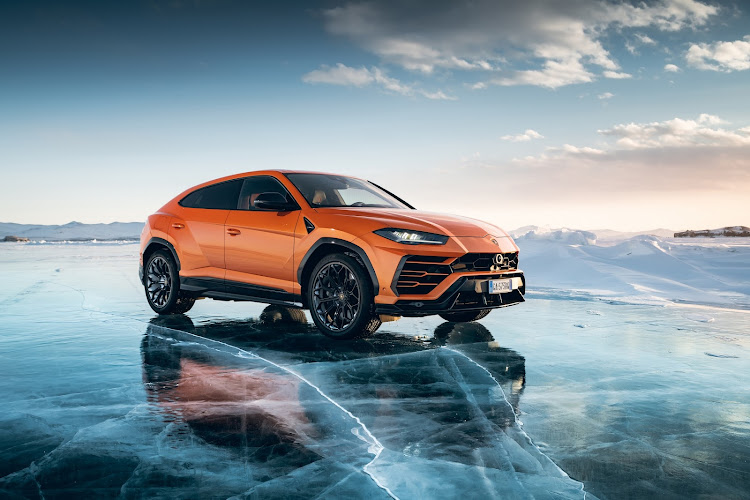 Lamborghini's Urus accounted for 59% of the carmaker's sales worldwide in 2020. Picture: SUPPLIED

SUVs have become big business for carmakers specialising in luxury and sports vehicles, often outselling the models on which those carmakers built their reputations.

The Macan is Porsche’s most popular model and the Bentley Bentayga, Maserati Levante and Rolls-Royce Cullinan are all the top-selling models of their respective brands, to list a few examples.

Now, the Urus has done the same for low-volume sports car manufacturer Lamborghini. The sports SUV has led the Italian carmaker’s sales since its unveiling in December 2017, becoming the brand’s top-selling model and doubling Lamborghini’s total volumes in 2019, the first year it was fully marketed. In 2020, the Urus accounted for 59% of Lamborghini sales worldwide.

The Urus now celebrates a milestone with the 15,000th unit coming off the production line just three years after its launch, making it the company’s most-produced model in the shortest time.

The Italian carmaker’s fortunes are on the rise, with 2020 its most profitable year yet, despite the pandemic. It delivered 4,852 units globally in the first six months of the year, a sales record.

The Urus is a high-powered SUV with a 4l twin-turbo V8 engine producing 478kW, providing the ability to sprint from 0-100km/h in 3.6 seconds and to a top speed of of 305km/h. It’s based on other Volkswagen Group products on the VW MLBevo platform, such as  the VW Touareg, the Audi Q7/Q8, the Bentley Bentayga and the Porsche Cayenne, but with unique styling and distinctive driving characteristics.

Its accomplishments include setting a 298km/h world speed record on ice at Russia’s Lake Baikal in March 2021.

SUV king of the Nurburgring boasts the marque’s most powerful V8 — and a R3.35m pricetag
Life
10 months ago