This immaculate example has travelled less than 400km since new 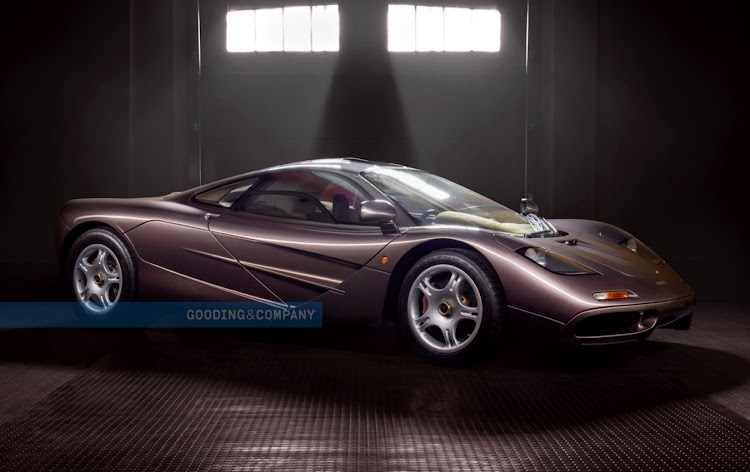 The McLaren F1 is the creation of SA-born Sir Gordon Murray and is among the most wanted sports cars of all time. Picture: GOODING & COMPANY

Of the many collectable super cars from past decades, the McLaren F1 is a sought-after prize by collectors of automotive unicorns.

Built from 1992 to 1998, it was considered one of the greatest sports cars of the 20th century and had unique design features including space for three people — with a central driving position — and a body made from lightweight carbon fibre; a rarity in those days. It is powered by an equally uncommon high-revving 6.1l BMW V12 engine mated to a six-speed manual transmission.

Now a pristine example with only 389km on the clock is set to be auctioned at the Gooding & Company in Pebble beach, US on August 11. 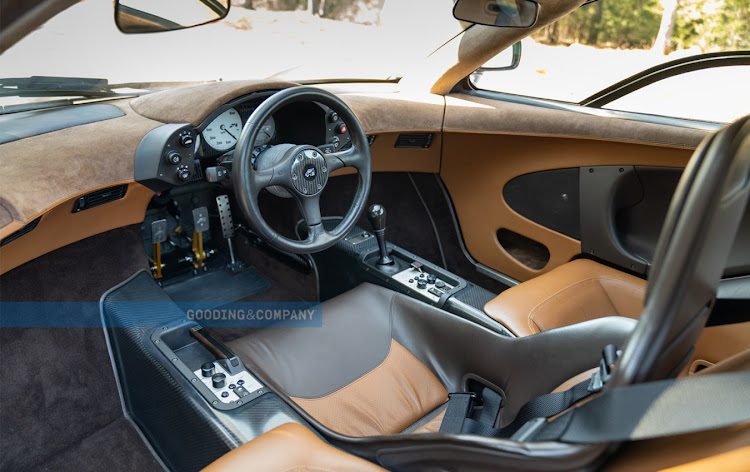 The cabin accommodates three people with the driver and steering positioned in the middle. Picture: GOODING & COMPANY

According to the auctioneers, this is chassis 029, which spent most of its life preserved in Japan before being sold off to a new owner in the US. It still wears its original Goodyear Eagle F1 tyres, and it’s said to be the only McLaren F1 out of only 106 units built to be finished in Creighton Brown, a colour named after a McLaren executive.