Nissan hoping new Qashqai will continue to be a cash cow 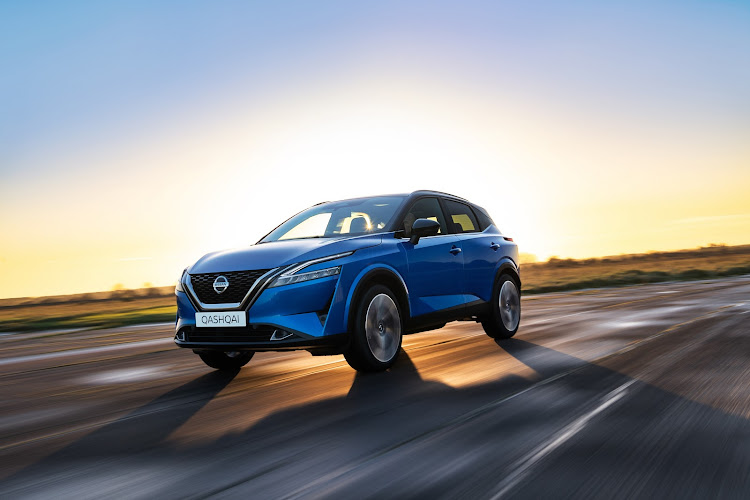 The Nissan Qashqai debuted in 2006. It looked like a hatchback on stilts, had a bit of an SUV vibe about it before anyone really understood what an SUV was and it had loads of practical space and features. It heralded the era of the modern crossover.

It went on to become not so much Qashqai as Qashcow, selling millions worldwide and opening up the floodgates to dozens of rival crossovers and compact SUVs. One could even argue that SUV’s global domination that we have now is the Qashqai’s doing, but that might be a bit unfair.

Today it is less of a benchmark, with rivals such as the Kia Sportage, Peugeot 3008 and Toyota Rav4 leading the way when it comes to style, driver enjoyment and technology. Now Nissan wants to remedy that with the third generation of its crossover, which will go on sale in SA in November.

It has a more edgy look that, according to designer Matthew Weaver, is all about conveying the sense that it is a more dynamic model. It’s also a more premium car, with LED headlights, diamond-cut alloy wheels and an interior that features a bit of what Weaver calls Japanese DNA in elements like the wood trim and leather upholstery.

Japanese DNA might seem obvious, seeing as Nissan is a Japanese car company, but the Qashqai is actually far from being Japanese. It’s designed, engineered and manufactured in the UK, making it a more British car than frankly many British cars.

We recently drove the new Qashqai at its international launch in the UK where the cars started coming off the production line. Nissan SA can't confirm exact specifications yet, but it has told us that we will get the Visia, Acenta and Acenta+ models. All will be powered by a 1.3l petrol turbo engine but with the addition of electrification.

It’s not much though, just a 12V system that provides an additional 6Nm of torque and power for things like the start/stop and highway coasting functions. If you want more electric power, you’ll have to wait for the e-Power versions in 2022, with an electric motor that turns the wheels receiving its power from a petrol engine that acts as a generator.

We didn’t drive the entry-level with its 103kW but we did drive the 116kW versions with 260Nm in the six-speed manual and 270Nm in the xTronic CVT (continuously variable transmission) auto. Surprisingly it was the xTronic that impressed the most, providing smooth and progressive power on demand compared to the manual which needed constant gear changes to keep it in the best rev-range. 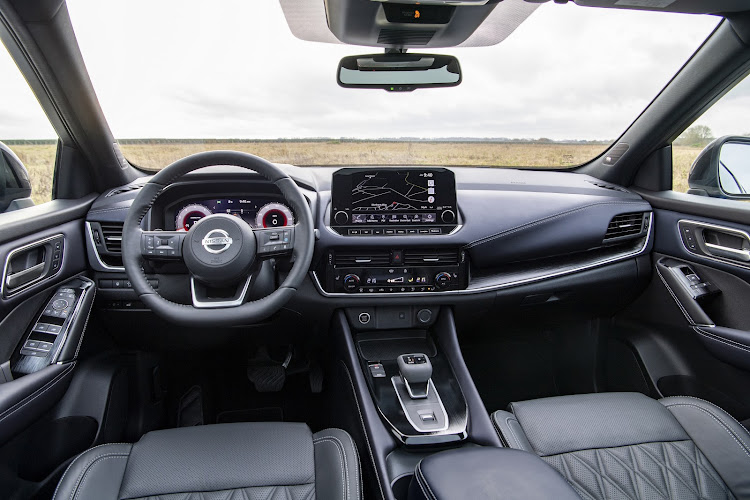 Comfort levels are good, with lots of effort having been paid to making the rider quieter and removing vibrations. The higher spec models excelled here, courtesy of having multilink rear suspension and the feeling that the additional weight from the xTronic gearbox and premium comforts provided a more balanced ride.

Those comforts include lots of tech, such as the nine-inch infotainment system with Apple CarPlay, a 12.3-inch digital instrument cluster and safety systems from blind spot assist to the full ProPilot driver assistance package. There’s also the option of sumptuous Nappa leather to further bolster the feeling of premium luxury.

That feeling also comes from more space. The Qashqai sits on the Renault-Nissan-Mitsubishi Alliance’s new CMF-C platform which provides more interior room, especially for those sitting in the back seats who get increased leg and headroom.

The new Qashqai is definitely a vastly improved package, with a more fashionable design, more tech and more comfort. The electrification might seem like just a token gesture, but it’s hard to criticise the company that pioneered the modern electric car impetus with its Leaf. The Qashqai itself will no longer be the pioneer it once was, but it’s well equipped to deal with the multitude of upstarts that are now challenging it in the market.

Though newer CX-30 steals the styling limelight, the older CX-5 is a more family-friendly vehicle
Life
1 year ago