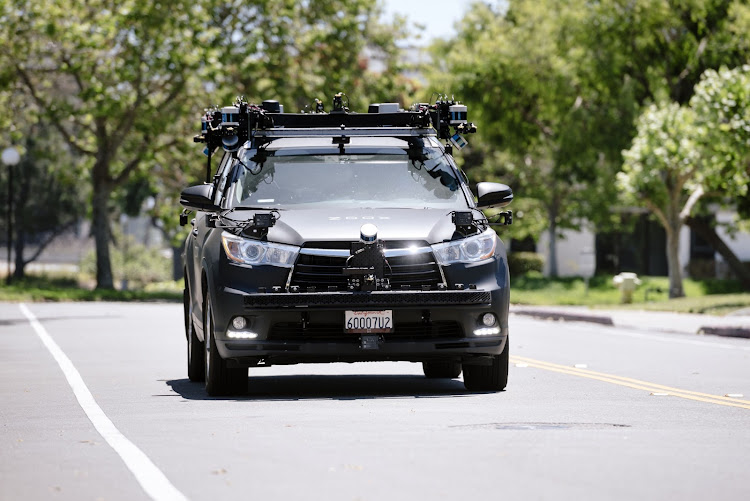 A Zoox self-driving car at the company's headquarters in California. Picture: MICHAEL SHORT/BLOOMBERG

At first glance, the forays Apple, Google and other technology giants are making into the world of cars don’t appear to be so lucrative.

Building cars takes factories, equipment and an army of people to design and assemble hunks of steel, plastic and glass. That all but guarantees slimmer profits. The world’s top 10 carmakers had an operating margin of only 5.2% in 2020, a fraction of the 34% enjoyed by the tech industry’s leaders, data compiled by Bloomberg show.

But for Apple and other big groups diving into self-driving tech or with grand plans for their own cars, that push isn’t just about breaking into a new market — it’s about defending valuable turf.

“Why are tech companies pushing into autonomous driving? Because they can, and because they have to,” said Chris Gerdes, co-director of the Center for Automotive Research at Stanford University. “There are business models that people aren’t aware of.”

A market projected to top $2-trillion by 2030 is hard to ignore. By then, more than 58-million vehicles globally are expected to be driving themselves. And Big Tech has the means — from artificial intelligence and massive data, to chipmaking and engineering — to disrupt this century-old industry.

Why are tech companies pushing into autonomous driving? Because they can, and because they have to.

What’s at stake, essentially, is something more valuable than profitability: the last unclaimed corner of consumers’ attention during their waking hours.

The time people spend in cars, especially in the US, is significant. Americans were behind the wheel for 307.8 hours in 2016, or about six hours a week, according to the latest data by the American Automobile Association.

That’s a fair chunk of someone’s life not spent using apps on an iPhone, searching on Google or scrolling through Instagram. Any company that’s able to free up that time in a meaningful way will also have a good chance of capturing it.

The world’s inexorable shift toward intelligent cars that are better for the environment is impossible to miss. If governments haven’t already declared plans to be carbon neutral by, in some cases, the end of this decade, there’s plenty of research to show combustion-engine cars are going the way of the dinosaurs.

Against that backdrop, it’s unsurprising that after years of chipping away at self-driving cars, tech companies have been stepping up their activities and investments in earnest.

Autonomous cars are only as good as the human drivers they learn from — so the people who teach these systems need to be excellent drivers themselves.

Over the past several months, Apple has prioritised plans for the “Apple Car” after previously focusing on making an autonomous driving system, Bloomberg has reported. That’s fuelled intense speculation over which automakers and suppliers the company behind the iPhone may partner with to realise its vision. While Apple has recently lost multiple top managers on the project, it still has hundreds of engineers in its larger car group.

There’s also Waymo, which is in talks to raise as much as $4bn to accelerate its efforts. Founded in 2009, the business that was formerly Google’s self-driving car project was the first to have a fully autonomous ride on public roads. It became an independent company in 2017 under Google parent Alphabet, launched an autonomous ride-hailing service in Phoenix in 2018 and last year began testing self-driving trucks in New Mexico and Texas.

Microsoft, too, is backing several autonomous initiatives, partnering with Volkswagen on self-driving car software, possibly with a view to creating offices-on-the-go.

Amazon, meanwhile, has thrown its weight behind Rivian Automotive, which is making electric trucks, and in 2020 bought driverless start-up Zoox. It may look to include autonomous rides as part of its prime membership programme.

“Each of these companies, including Facebook, want to be a part of or even control and dominate, every part of citizens’ lives,” said Professor Raj Rajkumar, who leads the robotics institute at Carnegie Mellon University. “From their business point of view, if you don’t, somebody else can and probably will, and eventually your current domain of influence fades away.” 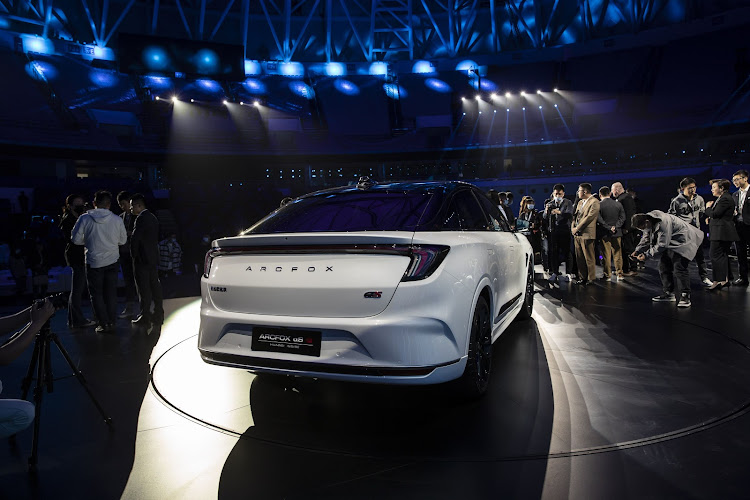 Although Apple has dominated phones, tablets and smartwatches and put up a decent fight over computers for the past few decades, it’s been a laggard in the artificial intelligence, voice and smart-speaker spaces, areas now led by Google and Amazon.

The company would benefit from the release of a breakthrough new product. While it’s had successes with the watch, released in 2015, and services such as Apple TV, Apple Arcade and Apple Music, which are now a major new source of revenue, nothing has come close to the success of the iPhone, which has redefined entire industries and become Apple’s most lucrative product since its 2007 release.

At Google, executives have long framed investments in autonomous cars, along with moonshots in biotech and drones, as risks that venture capital and less deep-pocketed firms don’t, or won’t, take. Waymo has discussed potential business models for taxi services and long-haul logistics.

The onslaught has automotive incumbents girding for battle. Industry titans such as Ford,  General Motors and Toyota have stepped up their own rival efforts in self-driving. The Japanese automaker is building an entire city city around autonomous driving at the base of Mount Fuji while South Korea’s Hyundai is committing $7.4bn to make EVs in the US and develop unmanned flying taxis.

There’s plenty of research that shows combustion-engine cars are going the way of the dinosaurs.

In China, it’s the biggest tech companies throwing their hats in the ring. Giants from Huawei to Baidu have pledged to plough almost $19bn into electric and self-driving vehicle ventures in 2021 alone. Smartphone giant Xiaomi and even Apple’s Taiwanese manufacturing partner Foxconn have joined the fray, forging tie-ups and unveiling their own carmaking plans.

Automakers defending their turf is understandable but Takehito Sumikawa, a partner at McKinsey’s Tokyo office who advises on future mobility, says it’s a “natural extension” for tech providers to enter the autonomous driving space. “They’re betting they can do a better job at disrupting the industry.”

The existing businesses of Amazon, Apple and Google already require them to become proficient at AI, handling massive amounts of data and designing complex systems. Essentially, they’ve made the upfront investment in core technologies needed to design and build driverless cars, and they now have legions of engineers eager to solve more complex problems, not to mention an appetite for disruption.

But perhaps one of the clearest examples of a tech company with the ability to change up its own stamping ground is Amazon. The web retailer would benefit hugely from the lower costs of delivering packages to homes using cars that drive themselves.

Amazon also has a habit of transforming its own tools into businesses that can be sold to a wider swath of customers, much like it did with cloud computing, which was originally created to support the company’s online retail operations. Having morphed it into a computing and data-storage platform used by Netflix, the US government and others, Amazon Web Services is now a $45.4bn enterprise.

While the coronavirus pandemic put a temporary damper on consumers’ appetite for new cars, demand has roared back. A semiconductor shortage means many traditional players can’t keep production lines moving fast enough. This year alone, the global automotive market is projected to rebound by 9.7% to $2.7-trillion, according to IBIS World.

“Even for companies like Apple and Google, this is a massive market,” Rajkumar said. “CFOs and CEOs literally drool, since first movers are likely to have a major edge. Each of these companies wants to be the predator, and not become the prey.”