The Red Bull driver, who is now 18 points ahead of Lewis Hamilton, led from start 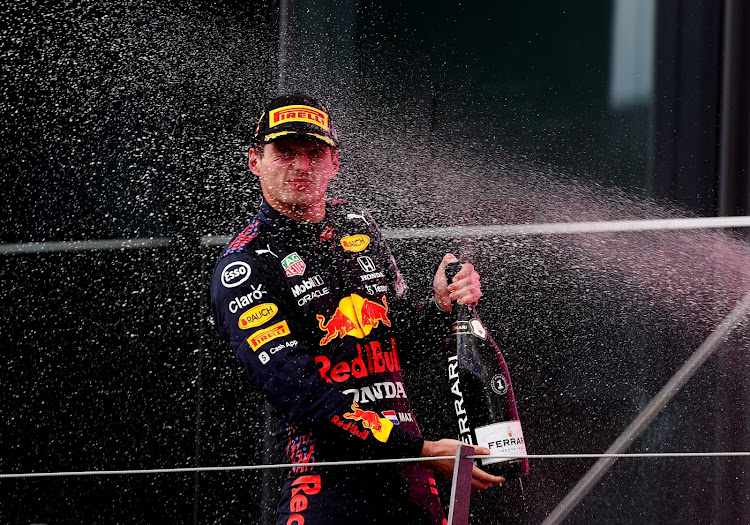 London — Red Bull’s Max Verstappen won the Styrian Grand Prix by a huge margin on Sunday to take an ominous 18 point lead over Lewis Hamilton in the Formula One championship battle after eight races.

The Briton was 35.743 seconds behind at the chequered flag after a late stop for fresh tyres to bag a bonus point for fastest lap.

“Unbelievable. The car was on fire today,” said Verstappen over the team radio after the 23-year-old Dutch driver’s fourth win in eight races this season, second in a row and 14th of his career.

“You never know how it’s going to end up but straight away I felt a good balance in the car,” he said after stepping out of the car.

Valtteri Bottas was third for Mercedes, just holding off Verstappen’s Mexican teammate Sergio Perez who had fresher tyres after making a second stop in a bid for fastest lap.

The Finn had benefited from a slow pit stop for Perez to put himself on the podium after starting fifth due to a grid penalty.

Everybody else was lapped by Verstappen, who started on pole and has now won more races than anyone else so far in 2021 as Red Bull emerge as the biggest threat to Mercedes since the start of the V6 turbo hybrid era in 2014.

“That is the most dominant win we’ve had so far this year,” said Red Bull team boss Christian Horner.

Mercedes team boss Toto Wolff said it was the first race in eight years that Mercedes, which have shifted their focus to 2022’s big rule changes, had been simply lacking pace.

“We have stopped developing for this year because we believe the next years are so important to get it right and they [Red Bull] keep adding bits,” he said.

“We just have to get the best out of the package that we have and this is far from over.”

Red Bull are now 40 points ahead of Mercedes in the constructors’ championship.

“It was a bit of a lonely race really,” said Hamilton, who started on the front row but never challenged for the lead.

“I was trying to keep up with those guys but the speed they have, they've obviously made some big improvements over the last couple of races and it's impossible to keep up,” the Briton said.

“It feels like we lose a lot down the straights.”

The scenic Spielberg circuit hosts another race next weekend, the Austrian Grand Prix, with a much bigger crowd expected after a restricted 15,000 attendance on Sunday.

There was dismay at Williams, with George Russell starting 10th and running solidly in the points until he retired with a power unit issue after making three stops.

The race lacked wheel-to-wheel drama at the front, and there were no crashes or need for safety cars either.

AlphaTauri’s Pierra Gasly was the first retirement after a first lap contact with Leclerc, who had to pit for a new front wing.