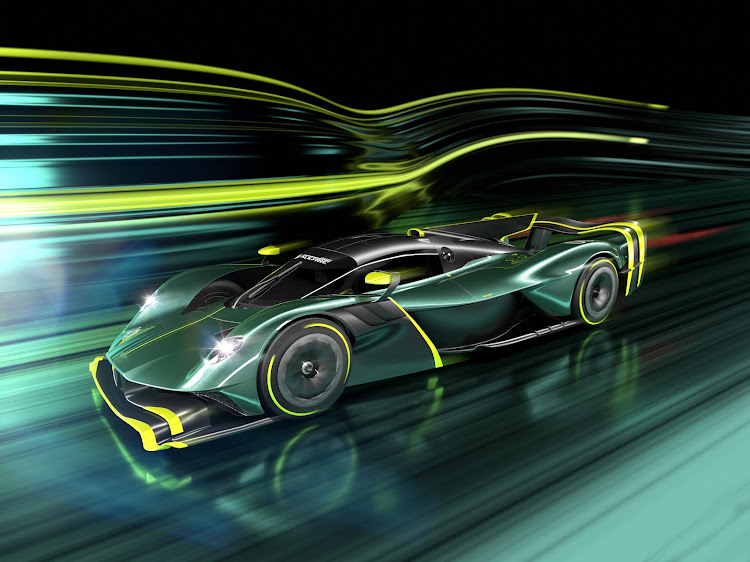 The Aston Martin Valkyrie is the marque’s top-tier road-legal hypercar and is benchmarked on a Le Mans race car — and all 150 units made are sold out.

Now the British brand has followed through on its promise to make an even more powerful customer iteration designed solely for track usage, but not official racing.

In preparation for the new Le Mans Hypercar class in which Aston Martin will be competing, it’s launched the new Valkyrie AMR Pro which the company says will be capable of lapping the 24 Hour of Le Mans circuit in 3 minutes and 20 seconds — as fast as the new LMH racing cars that will compete in this year’s event.

A standard Valkyrie is powered by a Cosworth 6.5l V12 engine which revs to 11,100rpm for outputs of 865kW and 900Nm. Because the Pro version is not aimed for road use or racing duty, it’s free from road adjudications, race regulations and eco-warriors, thus it loses the battery-electric hybrid system and gets a chassis that is 380mm longer and 96mm wider with a unique, more aggressive aerodynamic package said to be capable of generating more than 3Gs in lateral forces.

It also uses a modified version of the naturally-aspirated 6.5l V12 with output power of 745kW with further weight saving measures through ultra-lightweight carbon fibre bodywork, carbon suspension wishbones, and Perspex windscreen and side windows. Aston Martin Formula One Team drivers Sebastian Vettel and Lance Stroll will also be roped in to develop the dynamic set up of the car.

Well-heeled customers will receive the opportunity to attend bespoke track day experiences at a selection of FIA circuits around the world, along with a selection of “Art of Living” experiences curated by Aston Martin, driving some of the most challenging and dynamic roads across the UK and Europe, the Americas and beyond.

Aston Martin CEO Tobias Moers said: “The entire Aston Martin Valkyrie programme has been an extraordinary adventure in engineering. As an expression of the passion and expertise that can be found within Aston Martin and its closest technical partners, Valkyrie AMR Pro is a project beyond compare, a true ‘no rules’ track-only version.

“The Valkyrie AMR Pro is testament to Aston Martin’s commitment to pure performance and this performance DNA will be evident in our future product portfolio. Nothing else looks like it, nothing else sounds like it, and I am absolutely certain nothing else will drive like it.”

More details of the Valkyrie AMR Pro’s specification and performance will be released later this year. All cars will be left-hand drive, with a production run of 40 plus two prototypes. First deliveries are scheduled to start in the fourth quarter of the year.