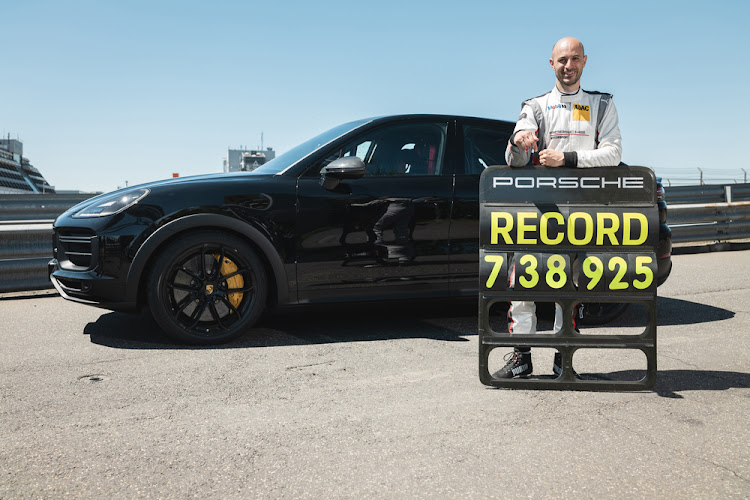 Ever since high-performance SUVs became a trend their makers have taken them to the Nürburgring Nordschleife to demonstrate their track-taming prowess.

In late 2019 Audi’s RS Q8 posted a lap time of 7 minutes 42.2 seconds to dethrone the Mercedes-AMG GLC 63 S as the fastest SUV around the famous German racetrack — seven seconds quicker than its Affalterbach rival.

Now Porsche’s Cayenne has become the new SUV lord of the ’ring, lapping the 20.8km circuit in 7:38.925 with test driver Lars Kern at the wheel, four seconds quicker than the Audi.

The Cayenne used in the June 14 record-setting run was the recently announced new performance flagship of Porsche’s large SUV, which is to be launched soon. Porsche hasn’t named the model yet or provided technical details, but it will sit above the Cayenne Turbo in the line up and is likely to be called the Cayenne Turbo S.

“Over the first few metres of the Nordschleife in this Cayenne, you’re tempted to turn around to make sure that you’re really sitting in a spacious SUV,” Kern said. “The Cayenne changed direction at lightning speed in the fast curves, with no wobble and no tendency to understeer. Even in very technical stretches, the Cayenne is a real driver’s car that is easy to control.”

The record-breaking vehicle is based on the Cayenne Turbo Coupé, though more systematically designed for maximum longitudinal and lateral dynamics, according to Stefan Weckbach, the vice-president of the Cayenne product line.

“Its record time on the Nordschleife confirms the dynamic capabilities of our new performance SUV,” Weckbach said. “Furthermore, it’s a typical Cayenne all-rounder, providing a high degree of driving comfort and everyday utility.”

The performance tyres used for the record lap were 22-inch Pirelli P Zero Corsas that were specially developed for the new Cayenne model and will be fitted as standard.

But like pineapple on pizza, this sports car on stilts won’t make sense to everyone
Life
5 months ago